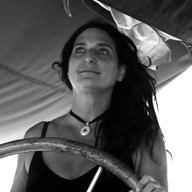 Carol Ann Bassett is the author of three works of literary nonfiction: Galápagos at the Crossroads: Pirates, Biologists, Tourists, and Creationists Battle for Darwin's Cradle of Evolution; A Gathering of Stones: Journeys to the Edges of a Changing World (a finalist for the Oregon Book Award in creative nonfiction); and Organ Pipe: Life on the Edge (part of the Desert Places series). Her essays have been published in the American Nature Writing series and other anthologies. Bassett was a regular contributor to The New York Times and Time-Life, and was an independent producer for National Public Radio. Her work has appeared in The Nation, The Los Angeles Times, Mother Jones, Cond Nasté Traveler, and numerous other national publications. She teaches environmental writing and literary nonfiction at the University of Oregon.

Melissa Silva: As an environmental journalist, what do you think is the most effective idea in persuading people to act for conservation?

Carol Ann Bassett: To do a lot of research and understand the facts, and then take the time to find the right people who can speak about a certain issue. Become a storyteller.

MS: What defines 'culture' for you? How do you describe a culture in writing?

CAB: Culture can be anything from a cowboy to a sheepherder.

MS: In writing about different cultures you have to overcome a cultural barrier. What do you think is the key to understanding cultures? And is it anything like understanding a character that you write about?

CAB: I pay them the same respect that I would want them to show me. I learn as much about their culture as I can before hand. I listen to what they have to say.

MS: You've worked in both radio and print, what do you find are the main advantages of each medium?

CAB: Radio is a beautiful medium because it requires a producer to create an ambience through sound, people speaking, dialogue and sound effects. Whereas writing you have to explain through words.

MS: While growing up in Japan you said you saw a relationship between cultures and the natural world. What have you learned about that relationship through your writing?

CAB: I don't think you can separate culture from the natural world and that's where we get into trouble-by degrading the natural resources that people use to survive.

MS: How has telling the stories of people, who in a way voiceless, affected you personally?

CAB: I've learned a lot about myself in learning through them and their issues.

MS: Your stories are rooted in places, how do you decide where your next story will be?

CAB: I don't, I do research and figure out what is important for people to know about. I do research to try to find a story that is nonfiction that will attract people's attention.

MS: In your book, Galapagos: At the Crossroads, you talk about the relationship between people and their environment. What do you think is the main reason people encroach on nature?

CAB: In the case of the Galapagos, colonists moved there from mainland Ecuador to make a better living. Only 3% of the land is set aside for humans. No one is allowed to live on the natural park land; people came not to encroach on nature but to make money off of it.

MS: What are the particular challenges of being a freelance writer?

CAB: Not making the money that one deserves. Never knowing where your paycheck is coming from. Competing with others who have more experience.

MS: Journalism prides itself on being unbiased. How do you write creatively and still follow the ethics of journalism?

MS: You lived on a military base during the Cuban Missile Crisis and your father was a fighter pilot. How do politics play into your writing? Is it something you struggle with or something that makes it flow easier?

CAB: My politics were shaped at a very early age because I saw people who were my heroes assassinated before my eyes on television. Politics is something I'm interested in but it's not the focus of my main work. It runs through everything I do but it's not the main theme.