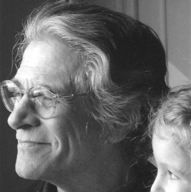 Leslie Epstein was born in Los Angeles to a family of film makers. His father and uncle together wrote dozens of films, including Casablanca. He has published ten works of fiction and his best known novel, King of the Jews, became a classic of Holocaust Fiction. His articles and stories have appeared in such places as Esquire, The Atlantic Monthly, and Harper's. He was a Rhodes Scholar and later won many additional awards and fellowships, including a Fulbright. He received his D.F.A. in Playwriting from the Yale Drama School. Epstein has been the director of the Creative Writing Program at Boston University for over thirty years.

Riki Meier: I really admire you for writing about such difficult subject matters, such as the Holocaust inKing of the Jews and the House Committee on Un-American Activities in San Remo Drive. In your essay “Coming Home,” you indicate that after you published King of the Jews, you had a hard time writing for awhile as everywhere you looked in your new manuscript you saw pain and death. How did you deal with that, and what are some of your strategies for trying to overcome writer's block in general?

Leslie Epstein: Yes, I had a terrible time after King of the Jews. I've written extensively about this block and the reasons for it. For a deeper analysis (and that's the right word), see my article in Harpers, “Pictures at an Extermination.” It's free on line if you type in my name and that title (from, of all things, a Serbian magazine). Nutshell version: When King of the Jews came out, a foolish historian, Lucy Dawidowicz, accused me of dancing on the graves of the Jews with all my laughter and comedy. It was a stupid remark but it got to me because when my father died my brother and I, instead of going to the funeral (mother's mistake) went to see Alec Guinness in Lavender Hill Mop, and we laughed our foolish heads off. Danced, you see, on the grave of our father. That scene is in San Remo Drive. I think that might have had something to do with why it took me at least eleven years to write Pinto and Sons, which, perhaps because it caused so much pain for me, I think of as my best book. I kept seeing blood and gore everywhere: all the material I had repressed in reading, and writing, King of the Jews, now spilled across these pages, and repeatedly I stopped. I think Freud calls this the return of the repressed.

As for my formula (and not just mine, I stole this some place) for dealing with writer's block—it's just three shameful words: Lower Your Standards. That is, realize you are not doing lapidary work but are writing on a computer or (in my case) with a Pelikan pen and paper. You can erase. It's a difficult lesson and the only way, short of seeing Freud himself, I know out.

RM: I know you researched for approximately a year before you began writing King of the Jews. Could you tell us a bit about your research process for some of your current works, and how that research process coincides with your creative writing process?

LE: I enjoy research, perhaps because it is an excuse for not actually writing. King of the Jews went quickly: a year of going to the Yivo museum, then on Fifth Avenue and just a year of writing. A world's record. For my current book, very tentatively titled Liebestod, A Leib Goldkorn Romanze, the research was supposed to include a trip to Jihlava in the Czech Republic, but a friend we were going to go with broke her ankle, so I did it all on the internet and with the help of the town's very nice travel deputy (whom I put in the novel in shocking ways). Even though the novel is about done, the research is still going on. For example, it's musical, so I am re-reading Mann's Dr. Faustus, the greatest book ever written on music, though it's extremely challenging to the tin-eared, that is, me. The flow of ideas that comes from the actual world is the richest source of material I know: a collaboration of the outside world of facts and the buried world of the unconscious. Combined, you have a definition of imagination.

RM: I know you have a strong personal and familial background in writing for the stage and screen: your father and uncle won the Academy Award for writing Casablanca, you received a Doctorate of Fine Arts in Playwriting from the Yale Drama School, the play “Macbeth” is featured in King of the Jews, and you wrote play based on your novel King of the Jews. Yet, you've also had a very successful career as a novelist. How has your experience with playwriting helped you hone your craft as a novelist, and vice versa?

LE: I'd like to think so. Not just Macbeth in King of the Jews but all my novels have a hidden drama in them, the result, perhaps, of my nostalgia for the theater I left behind or my frustration at not being in it now (though you are right, I am trying again after a forty year detour). See the “Seagull” in Regina and “Antigone” in Pandaemonium and “Othello” in Goldkorn Tales and, in Liebestod, “Tristan.” Really, the drama is everywhere. And it has influenced my technique. Sometimes, instead of saying, Shapiro said, I'll just say Shapiro:—-like that, theatrically with a colon, and then his line of dialogue, "Where is my Shmaltz herring?"

RM: I understand you are finishing up a new Leib Goldkorn novel, the last of the trilogy. What can you tell us about this new work?

LE: Well, Lieb Goldkorn, aged 103, goes back to his home town of Iglau/Jihlava in Moravia, meets some long lost relatives, and discovers he is the natural son of Gustav Mahler. He returns to America to direct the world premiere of Mahler's only opera, “Rubezahl”—umlaut, please, on the u. At the opening night, well, you'll have to read it to find out the rest.

RM: After the new Leib Goldkorn novel, what's next for Leslie Epstein? Which projects excite you and why?

RM: In a 1994 interview you said that creativity is a bit Freudian and “one writes inevitably about one's childhood.” In what ways do you approach your writing differently today than you did at the beginning and at the mid-point of your writing career to date?

LE: I cannot detect any real difference. I feared that in writing San Remo Drive, which after all IS about my childhood, I would dry up those springs of early life from which, as ETA Hoffman said, all real creativity comes. But such, if Leib Goldkorn has anything to say about it, has not been the case.

RM: I loved your 2001 essay “Returning to Proust's World Stirs Remembrance” in which you discuss the importance of reading even just a few minutes every night. You wrote: “it is not a bad idea to keep a nightly appointment with a noble mind; it has the power to purify even the most wasted day.” Do you still keep this practice? What can you tell us about your current regular nightly appointment?

LE: Well, there is the Mann, which I am reading now, but he is not late night material. You have to drink coffee and be very alert when dealing with my former San Remo Drive neighbor. Otherwise, since my wife snores, I am sleeping at the other end of the bed, which has no lamp. This is not a joke. So at the moment I am just going to bed, as befits a man of my age. But I am beginning to eye Gibbon. Such a project might be a way of, for a very long time, staying alive.

RM: In a 1994 interview, you said you read very little contemporary fiction as you didn't see the point after Nabokov died. What are your thoughts on the issue today?

LE: The same, though I just finished a very great near-contemporary novel, Vassily Grossman's Life and Fate. It is not only the finest novel to come out of Soviet Russia, the greatest in fact since Tolstoy, but it is one of the two great novels in any language published since World War Two. Can your readers guess the other. No, not Nabokov.

RM: I read in your “How Rhodes Scholars Think” interview that you believe “one of the problems with education now is it's impossible to have a conversation across generations. That's what education is meant to be. It's a wiser, older, more experienced generation imparting wisdom to a younger one.” When I read your fiction, however, your treatment of historic subject matters gives me a sense of wisdom being imparted across the ages. When you write, how do you reconcile entertainment with didacticism? Is it a conscious or unconscious process?

LE: You ask very good questions. I never think of myself teaching. I'm much more on the entertainment side of things (I ran away east and became fancy, probably to escape Hollywood and my father; but that I think was a mistake and now I never miss a chance to tell a joke.

Education is education. Columbia offers the finest available because they stress our common experience in the Western World—though they are under pressure to widen the lens, which they should resist. Let them teach. Let us entertain. But remember, real pleasure, deep pleasure, is always instructive, absolutely without fail.

RM: You're the current Director of the Creative Writing Program at Boston University. What advice do you have for fledgling writers?

LE: Oh, if you can become an accountant, do it. Or a CEO. What wonderful Americans they have proven to be. But if you can't avoid it, irresistibly can't avoid it, then read and read some more. Here are the five books to make sure you have read at least three times, in order of greatness: Don Quixote, Brothers Karamazov, War and Peace, Remembrance of Things Past (all of it, no cheating), and, a three way tie for fifth: Middlemarch, Ulysses, and Magic Mountain. When you have done that, and if you can't help picking up a Pellikan, have at it.