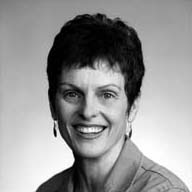 Anna Viadero is a writer living in Monatgue, MA. A first generation American, she enjoys writing about her birth family and the family born to her. She also writes about her work as a fiber artist. Her writing appears in many anthologies. She has been a commentator on public radio in New York and New England.

It is 1968 and I am ten. I am sitting in our kitchen on the barstool that my Oma uses. Her legs are almost fused at the hips from terrible arthritis. She can't really sit down in a kitchen chair, so she props herself on the barstool to rest. She can stand, though and she prefers to stand at the stove cooking for her six grandchildren, her daughter, son-in-law and his father (who all live under one roof), and the handful of other immigrants that come over for Sunday dinner. Oma and my mother emigrated from Estonia during World War Two; my father and his father from the Ukraine.

Being immigrants from Eastern Europe with friends of similar heritage there always seems to be a cabbage dish at dinner: sauerkraut, golubsi, cabbage soup. Oma makes creamed cabbage that I love. It begins with what I know now is a roux: flour and butter browned in a pan. She used to just call it “browned flour”.

“How much flour and how much butter?” I ask. I have a pencil in my hand and a piece of lined paper on the oil-clothed table. She was seventy when I was born. I have asked her for her recipes a thousand times since the moment I realized she wouldn't last forever. I want to keep her tastes in my mouth and share them with the people I love who I know will come into my life: friends, husband, children.

Oma keeps her back to me and distracts me with her stories so I never do get the ingredients or process and, quite frankly, as the smells from the saucepan and stories of Estonia make me heady, I forget the importance of weights and measures all together.

“I raised the best chickens in town,” she says. “Nice and fat. Lot of meat. Good meat and good eggs. Lot of eggs,” she says.

Her stories always begin at her home in Petserie, Estonia a town knocked off the map by the war. She had a small, working farm and planted hollyhocks and sweet peas in the garden just for fun. Her blind husband, Peter, was a cellist. He tuned pianos in his spare time and liked to smoke cigarettes that he rolled himself. Oma loved to cook, care for her small farm and barter for things she needed with her exceptional goods.

Oma's arms are as sturdy as her legs as weak. I've seen her beat the living daylights out of egg whites and make egg yolks as light as air. For the creamed cabbage she stirs and stirs the roux then adds a mixture of milk and cream at what she knows is the right point. We have boiled the cabbage in milk before she started the cream sauce. It is shredded on a bowl beside me on the table. Now she is bent over the saucepan stirring and talking, stirring and talking. My eyes glaze over and I have left our 1960s kitchen in Chicago and am in Estonia on her farm. Having been born and brought up in the city I have never seen a real chicken-just pigeons and sparrows. I have never gathered eggs in an apron, thrown meal for a hungry brood or seen a hollyhock. But I can imagine a sweet rural spread with a tiny house, chickens and the small garden-life all around-ringed with vibrant flowers rising up like a joyful chorus.

My mother appears in these stories as a child of about five as though she were in Oma's life forever. It was my mother who told me she had been “adopted” by Oma. Oma was a translator for the Estonia government-an important job during World War Two. She was also childless at forty when someone at her government office found a two-year-old girl abandoned outside their office. It was wartime and a family seeking a better life for their daughter became desperate enough to leave her. Oma said to her supervisor, “I can make a home for her.” And so she did. She grafted a branch onto her family tree and thanks to her love and kindness I am here today clinging to that limb the way I cling to her dishes and stories-with much gratitude.

I come to when Oma suddenly asks for the cabbage to add to the cream. I realize I've missed the important part again-the steps to making this dish myself. Then there's no time to spare because the Weibecki's and the Peleyczka's and Stoshko's are at the door. I'm sent to manage the coats and then called quickly back to help move food from the kitchen to the table. “Proshu Kushitz” I say (please to the table-please come to eat). There are no hors d'ouvres here. There are giant casserole dishes and platters on hot pads speared with serving utensils for the meal, tea from the samovar with desserts our guests brought and talking, lots and lots of talking, through dinner and much later.

Once the meal starts I'm lost. Everyone speaks their own language: Ukrainian, Polish, Estonian. My father wanted his children to be true Americans so we speak a few rote Ukrainian phrases but mostly English. Oma can understand all the words at our table. People talk and the creamed cabbage is passed by hands dressed with generations of rings and bracelets worn one on top of the other as they did on their exodus from Europe, to hands whose arms will have indigo ink numbers on them forever. Oma points at the cabbage and then at me and various guests call me over to hug me, press their noses into my hair and sniff me as though I'm the next dish. Some have children much older than me and others have no children at all. We are all family those Sundays when the table is extended with two card tables and little children are sent to sit in the kitchen and eat.

The more they eat the more they talk. I watch and smile as the food vanishes amid sounds of satisfaction. I help clear the dishes which are so empty they are almost licked clean. Tea is next and babka or some other yeast coffee cake with sugary sprinkle topping and always dried fruit in each slice that sparkles like semi precious stones.

Tea and babka and people are full and tired. The conversations wind down and fade out the way those people did from my life in what seems like no time flat. I grew older and went to college when Oma was 88. At ninety six Oma passed away as I marched across the country from job to job. Those friends and husband and kids did come along and I began a home of my own. I settled with someone I love in a rural area where I have a small plot of land and plant my own flower garden in honor of Oma. One neighbor down the road has chickens, but I don't. I love to cook, too, but use recipes from books because, despite the number of years I've been doing it, I'm not as certain of my skills.

When my older son Jason was little I called him to the kitchen where he listened to my stories and apparently fell into my saucepan because now he cooks, but it's like listening to hard rock instead of classical music. He's as certain about weights and measures as Oma was with a twist of his own generation thrown in for good measure.

What goes around comes around, recipe or none. When I make creamed cabbage I always say “Oh, this is not just like Oma's, but let me tell you about Oma's …” and the circle begins again.

‹ Nonfiction up "Walking With Giants" by Carol Ann Bassett ›