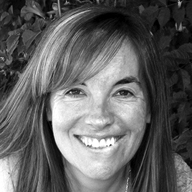 Juli Henshaw's short stories have appeared in the South Dakota Review, Hawaii Review, and Beloit Fiction Journal. She is Professor of English and has taught Creative Writing/Fiction Workshops at both Phoenix and Mesa Community Colleges, Changing Hands Bookstore, and MADE in downtown Phoenix. She is currently on leave from Mesa Community College as she finishes her novel. She supplements her income by tutoring students of all ages in Writing, English Composition, and Critical Reading.

Becky ate the spider. Jack dared her. So she ate the spider, just like that. It was one of those small black ones, less than a centimeter in diameter, a black dot carried by spindle legs, that snuck onto Becky's leg as she lay sprawled across the couch in her boyfriend's apartment on an overcast Sunday afternoon—their only day off together—her head resting in his lap. She had been reading, studying History 105, watching TV, watching her boyfriend watch her, and otherwise flirting.

She told herself this is where she wanted to be—this is important.

Jack saw the spider on Becky's knee before she started to feel the imperceptible, dog-hair-loose-in-the-air feeling that would have led her hand to brush away the bug—perhaps not only saving its life, but her, her what?

Jack muted the TV, placed the spider in Becky's palm and jumped from the couch to the coffee table so quickly his Hot Rod magazine and Napa Auto Parts catalogue flew onto the carpet along with Becky's Sprite, which she'd hoped to use to wash away the aftertaste. Jack wouldn't allow mopping up the spilt soda; the spider came first. He called his dog, Ralph, and pointed to the spreading oblong stain.

He didn't want Becky to ditch the spider in the cushion, which is what he would have done, where it would be lost among who-knows-what: dust-bunnies, chocolate chip cookie morsels, and underwear (not hers; wrong size). She'd bet her sister they were Gina's, but hadn't gotten the courage to ask Jack.

He'd proposed to Gina a little over a year ago. But then broke up with her when he found her in bed with Fred. Gina worked with Fred at the Toro Tavern. Jack had introduced himself to Fred at the employee wine tasting when Gina did not. He didn't question Gina's oversight or her uncontrolled laughter until later. Gina had always loved his wit. Jack had offered Fred a cigar when Gina went for more wine. They talked cars and bowling. The next week Fred joined Jack's league. Gina sat behind them, cheering equally, Jack had thought. He couldn't remember when Gina and Fred started refilling the beers while he bowled his turn. Jack was anti-league now; he bowled alone, and discouraged onlookers.

Jack kept the engagement ring in his pants pocket, with his change. Becky had found it not long after they'd started dating when they'd taken Ralph outside to poop. Jack had picked up the dog's leash from the table and said, “This won't take long.” He'd intended she wait inside, but the day was one of those that after a long week of work and classes called her outside.

Between Jack's building and the next, two grand Mulberries stretched their branches overhead so that all but the slimmest splotches of sun broke through. The grass was dense and sharp beneath her bare feet. Jack stood with his back to her, one hand on his hip, the other holding the leash—the kind that allowed the dog freedom to pull and run, yet, could be retracted and made tight as needed. Ralph sniffed at the base of one tree. Becky wanted to startle Jack; she snuck up behind him and sticking one hand in each of his pockets, said, “Here I am!” When she removed her left hand, she held the ring. Becky lifted it up, rotating its band until the stone caught the sunlight slipping between the old leaves. Jack dropped the leash in his rush to reclaim the ring. “It's not what you think.” Ralph wagged his tail and waited for Jack to indicate what he should do. He was a good dog. Becky complemented Jack's choice, the three tiny diamonds versus one large stone, because he said he wanted to know her thoughts.

He said he was over Gina.

Sometimes, Becky thought she distinguished the clink of coin against coin, and coin against ring when he walked, his hand in his pocket, his fingers probing its contents. Sometimes, she had nightmares and the only thing she remembered was that sound.

Becky closed her history book, sat on the edge of the couch, looked at the spider hunkering in the palm of her hand, shut her eyes, threw back her head, opened her mouth, and to the noise of Ralph licking up the Sprite, his tongue scratching against the carpet like sandpaper on wood, she dropped the spider between the rows of her teeth and swallowed. She felt Jack's palm on her throat, gentle, but there. She swallowed a second time, just to show him.

Last Tuesday night, after Jack had promised to pick her up from work, he'd made her wait an hour. She concealed herself in the shadow of Peabody Mall. It closed at nine. “I won't forget,” he'd said, “I'll be on time.” She watched her co-workers depart, even the cleaning lady, Matilda—always the last to leave. “Trust me,” he'd added.

Becky waited because she'd read in the paper violent crime in the area was down point zero one percent from its high ten months ago. She waited because once Jack had only been thirty-two minutes late, another time forty-seven minutes. At fifty-two minutes she decided to cross the dark vast parking lot to the Exxon gas station on the corner. She'd noted its well-lit phone booth the other times when she'd also considered what Gina would not have had to do.

She silenced her thoughts by concentrating on her destination and the clopping of her heels against the pavement. The shadows were imaginary, as there was no other light than the one ahead she'd set as her target. Likewise, the echoes had to be false; they couldn't exist in open space. If someone killed her, Jack would be sorry. Becky hoped he'd be sorry. She half-hoped something would happen to her—as long as it wasn't painful.

That way, she'd know once and for all.

Jack was slow in picking up the phone. He claimed he was involved in working on her Corolla; he was almost done. She did need it to drive to school in the morning, didn't she? He asked what she was doing. She hung up on him and called her sister.

Jack was waiting for her when she got home. He didn't like being hung up on. He gave her a yellow rose and told her he'd washed her car too. He'd promised to do that one week and two days before. Becky knew the exact number of days because she counted them. She always ticked off the days until the promises were fulfilled. Like pulling petals: the total number of petals per flower varied, an uncertainty she told herself she could hold on to or toss away because it was still a finite number. At some point, there would be one last day she'd have to wait, she just didn't know which.

He wore his Hawaiian print shorts again (the ones he never wore in public), a white undershirt thinned by too many washings, and he smelled a mixture of Hugo Boss (her favorite) and soap-on-a-rope. His wavy hair was still damp from his shower. He followed her to the bedroom. She wanted to climb into bed and pull the covers over her face. She wanted to sleep. She wanted to forget Jack.

But she let him in.

After she'd swallowed the spider Jack laughed. “That's so cool.” His hands were on her shoulders, pushing her into the sofa. Her history book lay at her feet. “Gina never would have done that.”

She opened her eyes. Jack loved Gina. He stood above Becky. His smile was huge; he was so pleased. “I need to drink something. I'm going to be sick,” she said. She tried to get up, but he wouldn't let her. He moved his hands to either side of her face, cupping her chin between them. She imagined the night before he'd held his bowling ball in the same manner before he threw his strike, winning the game. Jack loved Gina. Ralph's tongue was still scratching at the carpet. She gripped Jack's wrists with each of her hands. She wanted to be loved.

She saw the muted TV. Images without sound ceased to be images. She saw colors: blue, brown, silver, black, white, the basics. What had they been watching? He blocked her view of the screen. He moved in to kiss her, and she saw the whiteness of his teeth matched the whiteness of his eyes, blending with the whiteness of his skin in a blank expression. “I really need something to drink, Jack.” She tried to turn her head. She'd never refused him. Out of the corner of her eye she saw Ralph had stopped licking the carpet. He was watching, his ears up, his head cocked sideways. Becky had heard dogs could sense natural disasters—earthquakes, for example—before they struck. They sensed their master's approach when he was still blocks away. Becky needed a dog. A dog could have warned her.

Jack pushed her backward, deeper into the sofa. The plush cushion braced her spine, and she felt his knee on the couch next to her thigh, sinking. Gravity drew her lower torso down toward him. He moved his left hand from her face to the couch arm to support himself.

Becky tried to anticipate Jack's kiss, his moist lips, his tongue meeting hers; she wanted it to be like the other times—the other times?

The tiny spider was crawling up her esophagus. Like the soft drumming of fingers on flesh, she was moving. She coughed, moved her hands to Jack's chest, pushing his tank top against his warm, sodden skin. If she could drink some water, she could wash the spider back into her stomach where it would drown and disintegrate, eaten up again, this time by acid. Strong pungent stomach acid. In time Jack would forget Gina. It'd only been a little over a year. She could make him forget. “Let me wipe up the soda,” she begged, “It'll stain your carpet if it's there too long.”

She looked to the ceiling, and saw the web in the corner above her. Its spaghetti strands were glued securely to the walls, no glisten, no sparkle, no pearl dew beauty like the webs she'd seen back lighted in nature magazines.