"It Had to Be Good," by Diana Grisanti 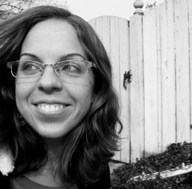 Diana Grisanti is a James A. Michener Fellow in playwriting and fiction at the University of Texas in Austin and graduate of the University of Iowa. Her short play Post Wave Spectacular was produced in the 2010 Humana Festival of New American Plays at Actors Theatre of Louisville. Her play Semantics was a 2010 finalist for the New Harmony Project. Her adaptations of 1,001 Nights and Alices Adventures in Wonderland were commissioned and produced by Walden Theatre. For the two years prior to relocating to Austin, Diana lived in Cuernavaca, Mexico, where she worked as a teacher and translator.

It Had to Be Good

Two circles intersected on a blackboard, one called Beauty, the other called Smarts. An arrow pointed toward the center, toward the ovalish overlap filled in carefully with light pink chalk. Below the arrow, a word. A word that was a name: Charlotte.

A Venn Diagram is what I'm talking about. And all those years ago (my God, has it been that many years?), our 6th grade math teacher, in order to explain the concept, had used Charlotte as an example. She actually drew this! Actually wrote these things on the board! Inappropriate admissions regarding Charlotte were not unusual, so traumatizing was her beauty. She is (was) the most staggeringly attractive person I have (had) ever laid eyes on.

Tense confusion is a side effect of death.

Charlotte died. Was murdered. Was killed. I never knew which one to say, which one was right, which one she would have preferred. Poison. Her ex-fiancé. The death itself was probably not a pretty sight, but I can't help but imagine it looking more like intercourse than like homicide. Charlotte's gravity-defiant raven hair swirling languorously toward the heavens, her ambrosial lips red with lust and venom, her unearthly fingers lasciviously fondling the coffee cup that would administer her doom.

I don't know. That's just how I picture it.

My mother called to break the news and asked if I wanted her to save the clipping. I said yes, the clipping would be nice to have. I put it in my back pocket and found it a week later, a laundered chunk, which, because of a bleeding new towel, was actually black and white and, yes, red all over. My mother once said of Charlotte: “That child is breathtakingly, earthshakingly gorgeous.” My family is not prone to flowery language. I was stunned by this foray into the ardent.

I am not unattractive by birth, but by habit. Can body dysmorphic disorder be caused by a single person? Yes. Yes, it can. Once in our 20s Charlotte and I tried on bathing suits at the mall together, and when I got home I scrounged up all the pills in the house, ready to end it all. Luckily—or not?—I only found three Tylenol, some antacid, and three-quarters of a bottle of ancient, disintegrated Flintstones vitamins, a relic from my niece's housewarming sleepover. I ate the vitamins hoping they would make me at least throw up my most recent calories, ridding me of an ounce of the ugliness that had been so callously revealed to me. They did induce vomiting, but the pressure burst a blood vessel in my eye and made me hideous for days. That is a precise example of my luck.

Charlotte spoke three languages. Beauty and smarts, remember? She was a real chip off the old block, is what men like my father would say. About Charlotte, though, my father said, “She is as radiant as diamonds.” Again with the unexpected poetry. An old joke: If my father had a nickel for every time he employed a simile, he would have exactly five cents. And those five cents? He would spend them on Charlotte. Wouldn't you? Believe me, you would (have).

I spent an inappropriate amount of money on new clothes for the funeral. That 6th grade teacher was there. She too looked expensively groomed. We all wanted to be the best versions of ourselves for Charlotte. Or maybe we just thought it was finally our chance to be the best-looking in the room, considering the fairest of them all was a cadaver.

I didn't mean to befriend Charlotte's murderer, but I did. How it happened was that I visited him in jail. It's not like that. I'm not one of these women who falls in love with killers and rapists. I went to give him a piece of my mind, as my father would say. I wrote a speech and practiced it in the bathroom mirror. When the time came, I delivered it to the killer speaking into a phone, looking through glass like in the movies. But I could not muster the woeful conviction I had rehearsed with my reflection. I tried to imagine my dog dying, but I never had a dog. It only dawns on me now that I could have pictured my oldest friend Charlotte dying. What does this oversight say? About me?

The truth is: Philip and I had something in common: we were both jilted by Charlotte. Okay, you can stop right there with your hot lesbian fantasies because I didn't say jilted lovers. Philip yes, me no. I was the jilted best friend. Did I mention that Charlotte and I had not spoken for three years before her death? Well, we had not. And are you ready for the irony of it all? She stopped talking to me because she “disapproved of my lifestyle” (her words). My lifestyle meaning my (ex) boyfriend, who, truth be told, was not the kindest of human beings. He wasn't the unkindest though. Not by a long shot. I'm not glad my best friend is dead, but it shows her to criticize other peoples' intimacies, doesn't it?

Philip's and my conversation revolved strictly around Charlotte. We'd occasionally venture off the beaten path and instead of talking about the inhuman yet completely natural color of her hair or the way she said “AFternoon” instead of “afterNOON” (two of our favorites), we'd discuss something more obscure like, say, her favorite thing to order at certain restaurants where we had both accompanied her on various, respective, special occasions. Even our small talk smacked of the deceased: “It's raining.” “Charlotte loved the rain.” “Remember her green raincoat?” “Remember it? I helped her pick it out.”

We could not touch. But when he started to put his hand up to the glass, I put mine up too.

He told a joke one day.

“Why was six afraid of seven?”

I laughed. I had already heard the joke, but I laughed.

I had dreams about him. In one he was brushing my hair. He brushed and brushed and when I saw myself in the mirror, I was completely bald. I believe the symbolism here has something to do with trepidation, but who can be certain? Maybe I just needed a haircut.

Dr. Venn would have drawn his circles, two of them: My Life on one, Philip on the other. In the beginning, there would have been just an eyelet of light pink shading. And then a sliver. Then an egg. Finally, the circle would've pinked itself over, a chalky blob, a disc with a veil, a chalkboard eclipse.

It was not difficult to keep the friendship a secret. When no one's asking, there's no need to tell. The one person I did talk to was Jean. Jean, one of the guards at the prison, was married to Cal, another guard at the prison. “Don't shit where you eat?” she would spit. “Honey, in this line of work, the only toilet's smack dab in the middle of the kitchen.” Jean really had a way with metaphor.

I felt I could confide in Jean; she was not one to judge. She claimed to have seen it all, and I believed her. When I asked her if something was wrong with me for endearing myself to a killer, she said, “Honey, if there's something wrong with you, then we all better run to the loony bin.” That Jean.

I never imagined conjugal trailer presenting itself with such earnestness into my vocabulary—does anyone? Jean confessed to me that she and Cal used to sneak in and do it when they were first dating. A little air freshener, she said, and it was downright romantic. She was the first to bring it up, but only because she could sense I was too ashamed to say anything. Jean: funny and perceptive—no wonder Cal fell for her.

Philip was not an Adonis, as you might expect. Charlotte proclaimed a belief in unconventional beauty; Charlotte had that luxury. So Philip was exceedingly normal. Hair in too many places, dimples in his buttocks and thighs. Yellowing teeth and blotchy skin.

We had one hour. We weren't sure how to touch each other, so we barely did. Nervous hands, stiff lips. We knew the stakes: it had to be good; it had to be worth it. If not, well, could you imagine if it weren't? We fucked quietly, and he came.

“You want me to go down on you?” he offered.

“Thank you. For doing this.”

A month later, we had our second hour together. It was better this time—fewer missteps; more dimensions. The third month was better still. And the fourth and the fifth and the sixth. A day's worth of passion stretched out over half a year. I looked forward to the trailer—and that is the perfect phrase for it: to look forward. Forward. Forward! A month to go, I would think. A fortnight, a week, a day, an hour, now! Now! Oh, God, now! I neglected work. I missed functions. I stopped at green lights and kept driving at reds.

We never spoke about Charlotte in the trailer—it embarrassed us; we never spoke about the trailer in the jail—it embarrassed us more. In fact, Jean arranged everything. “Phillip told me to tell you…” and that sort of thing. It was a lot like 6th grade in that way, what with the indispensable third party. Oh Jean acted the professional, but she was more like best girlfriend than strident prison guard, whispering in the hall, nudging me for details I pretended not to be dying to share. In another way, it wasn't like 6th grade at all; it wasn't like anything except for what it was.

And what was it exactly? It wasn't quite love. It was acute, alarming empathy. What's the difference though?

The line is fine.

The line is not really there.

‹ "The Island of Meats and Cheeses," by Devin Walsh up "A Catalogue," by Doug Cornett ›