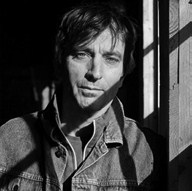 Nick Flynn's recent book, The Ticking is the Bomb, is a memoir of bewilderment and becoming a father. His previous memoir, Another Bullshit Night in Suck City, was translated into thirteen languages and won the PEN/Martha Albrand Award. He is the author of two books of poetry, Some Ether, and Blind Huber, and a play, Alice Invents a Little Game and Alice Always Wins. His work has appeared in venues such as The New Yorker, the Paris Review, NPRs This American Life, and The New York Times Book Review. His film credits include artistic collaborator on Darwin's Nightmare, and each spring he teaches at the University of Houston.

Superstition Review: From Massachusetts, to New York, to Europe, to Asia, to Africa, and back again to the United States, your life has certainly been a journey of experiences, people, and places. What first prompted you to begin writing? How have your travels influenced your writing?

Nick Flynn: I think for most people the experience of travel, if you allow yourself to be immersed in another culture, is the closest we can come to a pure state of absolute attention. Everything is new, nothing can be taken for granted, each moment seems somehow extended—whatever glimpses I've had of that state seems to be what I try for in the writing. Or at least in one aspect of the writing. For one part of the most recent book, The Ticking is the Bomb, I went to Istanbul to interview ex-detainees of Abu Ghraib—those depicted in the infamous photographs. There was a moment, or several, before I went, where I had my doubts—it was a long way away, I had already read all the transcripts—but something in me knew I needed to go. And when I did, when I was there, it was completely mindbending, transformative, to actually sit across from the human beings in the photograph, an experience that would have been merely mediated, without being able to look into someone's eyes. And that it was in Istanbul only deepened it.

SR: I am intrigued by your realistic approach to the religious figure of Jesus in the poem, “jesus knew.” When he is most often placed on a pedestal of inaccessible divinity, you alternately emphasize his humanity with such lines as “he got tired every day & then slept” and bring to light the “father he never knew.” Explain your source of inspiration for this particular reading of Jesus. Did this inspiration have any connection to the past estrangement with your own father?

NF: I heard a talk the scholar and historian Geza Vermes gave a couple years ago in Wales, about the historical Jesus, and it put a lot into perspective, for me. Vermes pointed out that the term “son of God,” in Jesus' time, could mean, simply, a fatherless child, which by all accounts Jesus was. I think the poem started that day, and it likely is a complete reflection, on my part, on my own relationship with my father.

SR: In a 2004 interview with the Boston Globe, you remark on your movement from poetry to memoir in order to better emphasize the reality of your father as opposed to using him as a “metaphorical symbol.” How does the style of Another Bullshit Night in Suck City allow you to make this possible? How has the perception of your father changed after writing the memoir?

NF: Calling it non-fiction, as I understood it, was a contract with the reader, that I would write about events that had actually happened. In this way, the father—my father—and the situation he found himself in (homeless) would be more difficult to dismiss as a metaphor for some other struggle he (or I) was having. Once that was established, then the structure arose organically through the writing, with that through-line of truth, of what actually happened, running through it. Calling it a memoir meant that those actual events would be filtered through my own perceptions, memories, neuroses, dreams.

As for the second part of the question: if you spend ten years wrestling with anything I'd hope your perceptions would be changed, utterly, unless you've been in some sort of bubble world. For me, I wrote my way toward a sense of compassion for my father, which was perhaps the only way I could go, since I began with very little.

NF: I'm unsure if I'm getting the provenance of the term “lyric essay” right, but John D'Agata's The Next American Essay remains an important text for me, though I don't think I even read it until I was done with Another Bullshit Night in Suck City. And when I think of prose poems I think of more hermetic, contained worlds being created—I think of Russell Edson, James Tate, Killarney Clary…and he lyric essay is more an attempt to reach outward. I sometimes think of Another Bullshit Night in Suck City as “distilled prose,” to use Keats' term.

SR: In an interview with the Poetry Foundation, you comment on the importance of “active” over “passive” reading. What types of strategies do you employ in your writing to actively engage the reader?

NF: Maybe it's using the tools of poetry applied to prose: attention to the sonic elements of language, to words as material, to allowing the seams to show occasionally, to a sense of pulse between various points of tension, such as between what is know, what is unknown, what is sought, what is hidden. I think the main thing is to maintain a tension throughout.

SR: With painful experiences such as your mother's suicide, it seems it would be difficult to relive them in prose or poetry. Yet, this particular memory and your ensuing struggles with depression are vividly related in Another Bullshit Night in Suck City. How do you know when it is time to begin drafting a particular moment of your life? How do you know if it is too soon?

NF: Well, I seem to have about a ten year lag time before I can integrate anything into my subconsciousness, which is where all art really comes from. I know some art that has come almost directly from an experience, but I seldom have had this experience. Though saying that, I realize that my last book, The Ticking is the Bomb, came much closer to the actual experiences it was documenting.

SR: Vendela Vida from The New York Times applauds your “considerable talents” in writing, including a “wry sense of humor, especially about himself.” How has viewing yourself and your hardships in a humorous light helped you to overcome your experiences? Did it come naturally, or was it a process?

NF: I don't know if one can come to humor through a process. Humor is in every moment, even the darkest. Unfortunately all that only means is that despair is hovering at the edges of every sunny, perfect day.

SR: In Another Bullshit Night in Suck City, you write candidly about your experiences with addiction and a disruptive home life. Your father, brother, and a former girlfriend appear in the memoir as well. How have they reacted to their depiction in your memoir? What are some of the risks of portraying actual people and experiences in a public context like the memoir?

NF: All's well, as far as I know, with those in that book. I think the best thing to do is to write toward compassion, rather than revenge. Revenge is best acted out in other venues—playgrounds, maybe.

SR: The Ticking is the Bomb articulates some atrocities of wartime torture. As a controversial and heated topic, how have people initially reacted toward your memoir?

NF: So far the five people who have read it seem to really like it. I've had a great response from the readings—I think they give people a sense that the book is about more than torture, that torture is just one of many threads weaving through it.

SR: In 2006, Christopher Busa from Provincetown Arts relates some advice you give to your own writing students. You are quoted as advising them to “engage the messier emotions to get at what the trouble is” rather than taking the “heroic stance.” Why is it important for writers to involve the “messy” emotions? What is unappealing about the “heroic stance?”

NF: I don't know if anyone is going to completely buy a pure hero these days (or a pure victim for that matter), especially one who would stoop to write a memoir (that said, I actually find many—lawyers, soldiers, human rights workers, artists—who have acted heroically around the topic of state-sanctioned torture). I think people go to a memoir to find what it is like to be alive today, in all its complications, all its messiness.