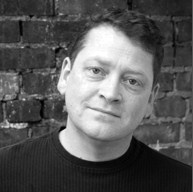 Dan Chaon is the author of the national bestseller Await Your Reply, named among the year's best fiction. Dan is also the author of the short story collection Among the Missing, a finalist for the 2001 National Book Award, and the novel You Remind Me of Me. Dan's fiction has appeared in many journals and anthologies, he has been a finalist for the National Magazine Award in Fiction, and the recipient of the 2006 Academy Award in Literature from the American Academy of Arts and Letters. Dan teaches at Ohios Oberlin College, where he is the Pauline M. Delaney Professor of Creative Writing and Literature.

Superstition Review: What do you find most rewarding about writing?

Dan Chaon: I like the aspect of writing that is like play, like the pretend games that I enjoyed as a kid. There's a point where you're imagining another alternate world and living in it and creating it as you go along, and that's really fun.

SR: When you're thinking about writing a story what tends to come first, the character or the scene?

DC: I tend to start with image, then work from there to a scene in which there are characters interacting, and from that I extrapolate toward understanding the characters.

SR: How much time do you typically dedicate to revision?

DC: About three-quarters of the actual writing process is revising, maybe a little more.

DC: So far, I have tended to apply a lot of short story techniques to my novels—I focus on individual chapters and try to think of them as stories in some ways. The novel requires a larger architecture, of course, so part of the difference is that you have to create these bridges and roadways that connect everything. I've said before that the biggest difference is the amount of time you spend with the characters and situation, which is a little like the difference between going on a date vs. getting married.

DC: I liked all the characters. I guess I had the most fun with the twins, Miles and Hayden, whose backstory was full of the trappings of dark fantasy (hypnotism! magicians! past lives! pirates!) Lucy was in some ways the most difficult because I was nervous about getting the perspective of a teenage girl down accurately.

SR: As I was reading, I felt like I was getting as paranoid as Hayden searching for all the clues and connections and I think in some cases imagining my own. How early in the writing process did these connections start to appear?

DC: Many of them appeared from early on, but it wasn't until later that I knew what they meant. The interesting thing about writing fiction is that all the details are clues in one way or another. You've planted them there for a reason, if only you can figure it out.

SR: You use a lot of small gestures to show the relationships between different characters. I found a lot of wrist touching and then there is of course the severed hand at the wrist that appears in the very first chapter. Why is there such a particular significance given to the wrist in this novel? Or am I just being paranoid again?

DC: One of the earliest images that came to me when I was writing was that severed hand in the first chapter, so I'm sure it lingered in my mind when I was thinking of details in subsequent chapters. I did want to subtly remind the reader of that opening scene—which isn't explained until near the end of the novel. I just wanted to keep that ball in the air. Of course, it's also true that I look at my own hands a lot when I'm writing, so it's a natural body part for me to focus on.

SR: There is a scene in Vegas with three Russians that approach Ryan that made me nervous and then there are also all the Russian IMs that Ryan receives. I'm interested. What made you decide Russian?

DC: Well, actually if you read really carefully, the guys who approach Ryan actually turn out to be Latvians. But anyway, the Russian stuff started with Miles' boss at the magic store where he works, Mrs. Matalov; and Mrs. Matalov herself is at least partially a tribute to my mother-in-law, who lived with my wife and me for several years before she died. My mother-in-law was the daughter of Russian immigrants, and could do an awesome Russian accent, which I always loved and which I tried, in my awkward way, to imitate in Mrs. Matalov's dialogue.As I was writing I kept wanting to have echoes between one story thread and the next, and it seemed like a good idea to have the "Russian" thing appear in each one. It was also fun because "Russian Mobsters" are a kind of pulpy archetype that I could play with in that Las Vegas section, so that I could have Ryan (and the reader) make a lot of assumptions without being sure if his fears were just paranoia or not.

SR: Some of the characters, in particular Ryan, feel a sense of loss when they have to get rid of an identity they've been working on. This made me think of all the times in a person's life where they've had to start over, whether it is a new school, new job, or a new location. What have your experiences with this been like? Did you move around a lot growing up?

DC: Growing up, I moved around only in my head. I was raised in a small town in Western Nebraska, and didn't get to travel away very much until well after I left for college. I had never seen an ocean until I was in my twenties.However, I did do a lot of radical self-invention once I was on my own—new cities, new jobs, wildly different social situations from the ones I encountered growing up. So that was in my mind, certainly. Though maybe the biggest influence was the fantasy worlds I created when I was a kid on the Great Plains, and all the plans I had for escape...

DC: I have a new short story collection almost finished, and I'm at work on a new novel that I can't describe very well yet.