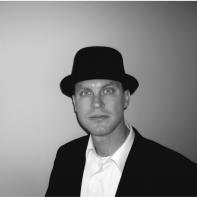 Will Cordeiro recently completed his MFA and Ph.D. from Cornell University. His work appears or is forthcoming in Copper Nickel, Cortland Review, Crab Orchard Review, CutBank Online, Drunken Boat, Fiction Southeast, Fourteen Hills, Harpur Palate, Phoebe, and elsewhere. He is grateful for residencies from ART 342, Blue Mountain Center, Ora Lerman Trust, Petrified Forest National Park, and Risley AIR at Cornell University. He lives in Flagstaff, Arizona, where he is a faculty member in the Honors Program at Northern Arizona University.

An outline of a form, a field, a silhouette of force. If I concentrate straight ahead, I can notice slight movements in my periphery; I can sense the shape of things impending in their fate. My premonitions feel like metal filings inching sideways to some distant magnet. It’s something with my brain, I don’t know what to call it. Perhaps it’s no stranger than arthritic twinges in the joints by which others can predict the weather.

I’m playing chess. I come here every Saturday. Around us, the trophy heads of wild game adorn each wall of the wood-paneled lodge: elk and antelope, wildebeest and boar. However, instead of glass eyes, the taxidermist has inserted ball bearings into each socket. Their silvered, shifting images make the heads look more alive. The falling sun now smolders, reflected off a zebra, as shadows from the fence grid crosswise on the tiles.

My opponent is a gaunt and sinewy old man who’s lost his bottom jaw. The flames that growl down in his belly leap into his blood-rimmed eyes. Curled up next to him in his wheelchair sits a pink and hairless lapdog. The old man likes to squeeze the tiny pimples that infest its skin. I think this man used to be a salesman or a sermonizer, I’m not sure which. He’s never told me. He’s never told me anything.

I know I will lose this game. I see each move play out: the bishop now sliding down to take my queen, my feeble attempt to castle, the knight that hopscotches to place me into check, my tactics of diversion and delay until a pawn inches forward for the final mate. I’ve read it like a script, yet have no will to act differently. I know how my wife will break my heart, as well; she’ll pick a fight with me at her company picnic then drive away with the woman she will later marry. My only child will jump from a bridge in winter in Minneapolis when he turns seventeen. I know exactly how I will die, too: 4:21 pm on a Tuesday as I’m startled by a garter snake while pulling weeds from my garden. Yes, I am still startled. The shock is that I’ve seen it all before.

The little flames leap up, and the bony fingers pluck the knight into the air. The piece shakes in his hand. The felt base soundlessly balances upon the marble board. If the old man could smile, he’d almost smile now.

The doctors, they couldn’t understand at first. I can’t act on my—call it second sight. The specialists only remarked on my apathetic posture, the stubborn emptiness of my expressions. I thought, knowing the end of things, maybe I’d paid for all my mourning in advance. They did more scans, which showed I had vital parts gnawed up, little gaps where nerves wouldn’t grow, wires got twisted. My head, they thought I was autistic. The official diagnosis: hypoxia and cerebral infarction with abscesses in the amygdala, parietal lobe, and basal ganglia. As if such words could help.

I know, time’s a one-way street for most of you. But that’s a fiction. There is no time. Most people can only understand one thing, then one thing, then one thing, everything moving in the same direction. It seems so natural, the way our lungs decompose the air. Out beyond the edge, though, reality is present all at once. Undifferentiated. From the human vessel we pour the flow of time. Except, I don’t. My face cuts through a laminated surface. Sometimes, ok, the future can get out of focus. My eyes pick up halos and stars on cellophane: a backlit aura around events, so that the past, too, appears like bands of haze, a fata morgana, stretched or foreshortened. I feel beside myself, offward and across from what should be my own concerns. I don’t know what to say. Maybe it’s like I teleport behind a barricade, I castle to someplace I don’t belong.

Now sundown’s like a fuse, a bright thin edge along the dark horizon. The old man attempts to pinch another blackhead from his dog. It yelps; it skitters on the floor. Its nails clack and echo down the hall. The old man toddles in the wheelchair as he bends over looking where his dog has gone. The old man rights himself with effort. He waves one hand, as if to shoo away his problems. He scoots the chosen pawn another square. The eyes of every animal shine back with the fires that belly in the old man’s gaze. He examines the blackhead—I see its small, oily mass perched on the whorls of his fingertip—and then his tongue thrusts out his neck-hole, a bald and hoary worm. He places the blackhead on the tip as if it were a sacrament and swallows.

I’ll return here again, yet again to this room, until one day the old man’s dead. I know his every move, and still I will never win. I know the blood retreating from the past, apparition of the woods, walls between your silent thoughts, lost hours where you swarm in nothing. I know how your blind mouth will kiss each secret from my lies.