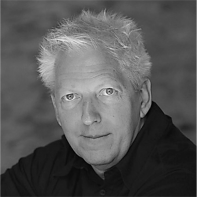 Edward Mayes’s books of poetry include First Language (Juniper Prize, University of Massachusetts Press) and Works & Days (AWP Prize in Poetry, University of Pittsburgh Press). He has published poems in The Southern Review, Poetry, The New Yorker, APR, and The Best American Poetry, with recent poems in The Kenyon Review, The Gettysburg Review, AGNI, Colorado Review, Southwest Review, Blackbird, and Crazyhorse. He lives in Hillsborough, North Carolina and Cortona, Italy with his wife, the writer, Frances Mayes. Their latest collaboration is The Tuscan Sun Cookbook (Clarkson Potter, 2012).

Although it’s doubtful we were there that day
To see the smashing of the threshing machines,
Laborers tattooing lines from Cesare Pavese’s
Lavorare Stanca on their forearms, might it

Not be double doubtful that the thought of it
Could not rot, as we’ve seen so many things
Rot, or call it decay, sailing into the Bay of
Decay, after not having won a single

Trick at piquet, the winnowing of good luck,
Drizzle all afternoon, just when we wanted
To light the grill, but the wind that came
Up, that blew away all the chaff from

The ceci, and the ceci dropped into the bucket,
Yes, that could please the God of Peas,
And although we’ve seldom thought about
The life expectancy of cuttlefish, one to two

Years, their sepia the color of hedgerows in
Dead winter, we still consider the calamarium
We top up with squid ink to write our swash
Letters, our nibs sharpened, whether we could

Describe the fortified dovecotes of Upper Egypt
Or whether we write “quip” as “orison” or Vaslav
Nijinsky as Wacław Niżyński, Pulcinella at
Center stage, the baby’s skull hardly a buckler

For the baby’s brain, we have at heart no quorum
For violence, to know or not to know, truth’s
Grain, what’s taken out of the oven, what we
Had let rise and rise again and rise once again.

If we once supplied an answer, now no,
The ammo dump over-fortified and bleak,
A black river running around it, some we
See in the field leaning on their rifles and
Some not, and if we have thought too long
About a missing shade of blue, smoke lisping
From the smudge pots, when the raw cream
Seems to become the raw butter, or the raccoon
Feeds on the corn, husking at midnight
When the light swallowed whole by the earth
Makes us believe for a moment that it won’t
Come back again, when some poet becomes
Some sparrow but not as we know it the other
Way around, no palpable psalm, no tuning
The harp until the strings snap, and even
That sound asap, or the pear that disappears
From the basket of pears, the hideaway bed
We pull out, like removing something
By saying that something doesn’t exist,
The Great Avoid, or telling someone to piss
Off and then he or she pisses off, or back to
The raw feel, the pair of pliers we used on
The catfish, and will we ever be forgiven
Enough for all that we didn’t do, what leap
That day, our first wild dunk, the parable of
Those struck by wonder, by the rattle of bones,
By the racket only our ears hear, have heard
For years, one sound of waves, and one
Wave seeming to have reached by now a shore.