"Pittsburgh is a City of Bridges," by Dave Newman 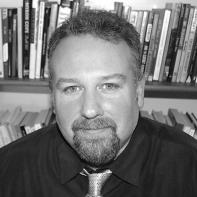 Dave Newman has published more than 100 poems, stories, essays, and articles in magazines and journals around the world. He is the author of five books, including the novel Two Small Birds (Writers Tribe Books, 2014), the collection The Slaughterhouse Poems (White Gorilla Press, 2013), named one of the best books of the year by L Magazine, and The Poem Factory (White Gorilla Press, 2015). He lives in Trafford, PA, the last town in the Electric Valley, with his wife, the writer Lori Jakiela, and their two children.

Pittsburgh is a City of Bridges

The baby seldom slept at night and my wife wept when the baby stayed awake because the baby had a disease in his lungs that made breathing difficult. But at least we were home from the hospital. At least the baby was out of the oxygen tent. He could scream again, full-throated, and everything we did made him scream. I picked him up and he puked. I put him down and he wailed. He kicked the toys in his crib to the corner then violently punched the air.

The disease in his lungs made him miserable.

Or my wife and I made him miserable.

This had been going on for more than three months and we now assumed it was us, his terrible parents, or the dumpy apartment we lived in, or the junky Ford Escort we drove him home from the hospital in. We were terrible people on all levels, our son knew it instinctively, and our terribleness made him sick.

My wife taught writing at a branch campus of a university.

I managed a bookstore.

These were, we’d thought, great jobs for people who wanted to be writers, but now they felt like terrible jobs for people who were parents. Neither one of us made enough money to support the other, for one of us to stay home. I worked sixty hours a week. My wife needed to publish a book to get tenure, to not lose her job. My district manager hated me. My district manager hated everyone but especially me because I refused to work in tandem with her to humiliate everyone who worked for the company. “These people are not your friends!” she’d say and pound her fists on her desk while veins thick as ropes, thick as ropes I could turn into a noose, rose in her neck. When I’d taken two days off to be at the hospital for the birth of my son, she shouted me down, saying, “You’re taking advantage of your wife’s pregnancy,” in between slugs of diet Coke and bites of pizza. My wife’s boss, the vice president of academic affairs, was on the verge of being fired for knocking up a student, and women professors quit because of him, and he left creepy messages on our answering machine about how my wife needed to spend more time on campus. My pregnant wife, wobbling around on swollen feet, trying not to puke—the vice president felt she should attend the Thursday night meeting of the puppet club. He’d be there. He hoped to see her there. Would she be there? She better be.

Here is who we had been before our son: two people working jobs to have time to read and write and be artists and live the lives of writers and artists.

Here is who we were the minute after our son was born: two people who needed to make more money to buy cars that didn’t leak oil and to rent an apartment without mold and bad plumbing and carpet that looked like piled lint.

All the terrible things in our lives—hateful district managers and perverted vice presidents, a toilet that flooded and a car with one hundred thousand miles—had been easily manageable, or barely noticeable, and now the world had flipped, like we were walking on sky and dirt was falling on our heads.

I decided I should buy a life insurance policy. A heart attack seemed both reasonable and imminent considering how little I slept and how poorly I ate and, besides, I was willing to die for the better good in any number of ways. Hanging, yes. Death by bus, yes. Overdoses, accidental or otherwise. Hammer to my own skull. If it was near and dangerous, it looked like an option. Heaven could be opened with many keys. Planning to die was not the problem. Turning death into a jackpot was. I was thirty years old and had never considered any kind of insurance that wasn’t required by law. My car was insured. My teeth, eyes, and health had not been covered for more than a decade. Now I watched companies pitching insurance on TV and wondered which brand I should use to save my family. I would call State Farm or Nationwide and would order life insurance and order it in a thoughtful way, one that said I was planning for the future. A caring father caring for his beloved family, should tragedy beset us. I flipped channels and waited for the next commercial. The money would change my wife’s life and our son’s future. There would be nannies, possibly maids. Pittsburgh has many fine bridges from which to jump. I was tired enough to jump. Jumping would be like flying. I would sleep going down. I would sleep underwater. Then I would sleep forever. I would sleep forever and my wife would not have to worry about work, about teaching at a campus that allowed vice presidents to evaluate women faculty with a wink. It was a good thought, dying for my family. It comforted the rot in my stomach and made my wife’s problem easier to listen to and the baby’s screams easier to soothe. I would sometimes sleep with my wife under my arm, knowing my own demise, and rise to rock my son and leave for work, knowing this would all stop when I said so.

I would drive to a bridge tomorrow.

I would drive to a bridge the next day.

I could scout bridges.

I could build my own.

I would drive to a bridge every day until I was ready to not drive anywhere ever again.

Then the lives I left behind would be flooded with money and security.

I was an adult, in theory, in responsibility and anguish, but I didn’t seem to know adult things or even other adults I could ask these things. I didn’t know anyone with kids. I guess I knew some people with life insurance but they didn’t talk about it like a noose hanging from the sky or like a lottery ticket anyone could buy and cash in. Or buy and not cash in. Or buy and be denied. What I knew was skinny as a rope. What I didn’t know was enough to pave cities.

I had no one to ask, not even my wife.

The baby needed what it needed every day, every hour, every minute and every second.

Of course he did: he was a baby.

It’s obvious that a newborn’s needs are infinite, but I hadn’t been able to imagine them. Or I had imagined those needs and, in my imagination, those needs looked manageable. I feed the baby. I rock the baby. The baby smiles and coos. The baby sleeps, dreaming of me, his great dad. My wife could work and write and be artsy and, honestly, I would handle the details, the bottles and the diapers, I would guide the baby’s mouth to my wife’s nipple and wait patiently while he fed, then I would guide him to his crib and I would stroll back to my writing desk and work and not sleep because I never slept anyway. This would be me and the baby and we would allow my wife to get better at her jobs—teaching writing and writing books—until she made enough money for me to quit my job and stay home full-time with the baby and write my own books. I loved my wife and dreamed her success more than my own. What was my wife going to do with the baby anyway but love him enormously and weep tears into his blanket? Her car was a trash heap of coffee cups and gum wrappers and her closet looked like a shoe bomb had exploded. Some days she wore different socks. She wore her tights inside out. Before the baby was born, I’d assessed my reality—my wife, my job, my apartment, my car, and my writing life—and decided those things would be manageable because they had to be manageable or else I’d die.

Then we had the baby and my wife scattered everywhere and without reason so that our bathroom filled with stacks of student papers and wet textbooks, the hairbrush sometimes rested in the refrigerator, keys were like small mean children for her to play hide-and-seek with, and sometimes she threw shoes because they’d abandoned their twin. When I needed something, I knew it wouldn’t be there, and it wasn’t.

So I thought a lot about the 10th Street Bridge. How easy it would be to fall back and let the water break my neck. Planning death requires order. The order I found in life—the order I needed in my life—revolved around planning my own death. Information I needed to acquire included how to get over the railing properly and how to land with the worst possible impact. Did I remember to pack my lunch? No, but bridges weren’t things you could put in a closet for a very specific reason then, somehow, forget. If I somehow lost my bridge, I could find death everywhere else. I looked at NyQuil, liquid and caplets, and wondered how much to combine to shut down my heart. I looked at Tylenol PM. I looked at aspirin and guessed 300 pills. I still knew drug dealers back then and I thought of overdosing on heroin as an afternoon nap, a sleep deeper than sleep. I looked at the kitchen faucet and thought about drowning. I looked at the bathtub and thought about drowning.

I sometimes stood on our apartment roof and waited for the rain.

I sometimes stood in the rain, face up, mouth open.