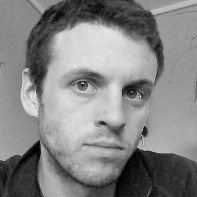 John Messick’s work has appeared in Tampa Review, Rock & Sling, Cirque Journal, Alaska Dispatch News, and other publications. His essay “Discovering Terra Incognita” was awarded the AWP Intro Journals Prize in 2013. He has worked as a wildland firefighter, teacher, fish researcher, and sled dog handler. He earned his MFA from the University of Alaska-Fairbanks, and currently works as a freelance journalist covering Alaska’s Bristol Bay region. He lives on the Kenai Peninsula in southcentral Alaska.

Hot mix can leap across dry air, burn through Nomex. I better not screw up—75% diesel, 25% gasoline—the measure is precise. When the wicks light, we will ignite a thousand acres of Ponderosa and brush. We check wind, humidity. We squint to find any flames searing the wrong section of earth. “Line out!” shouts our squad boss. He leaves no room for error.

The foreman yells, “Hold the line!” & I repeat the message. Commands are passed here precisely as they are received, as in, “Keep your spacing!” or, “No fucking gaps!” and you had better not skip the curse word. Not even if you’re the Mormon kid. Not even then.

We stretch across hazy twilight, spread along a New Mexico or California hillside, I think, but can’t be sure, because firefighters aren’t supposed to care, except about big flames and two more days until overtime pay.

Drip torches flare. We scout for spot fires. I count my paces as the line progresses, trailing fire that sucks up the hillside to the smoking summit. A sawyer shouts, “If you ain’t spottin’ you ain’t burnin’!” His chainsaw bar reaches to his nipple line. He rests his arms against the sharpened teeth.

It’s like vomiting Copenhagen after a lost bet, or like sucking down a hundred cigarettes a minute, snot drizzling into soot, salt smearing into my mouth, obsessed with the gaps that fall between us. I am standing in flame-spilt darkness, on a road in the middle of a forest fire, & I stand straight because posture is part of belonging.

The scream chills me. A black bear gallops from the flame-front, two mewling cubs trailing, her paws burnt, hair scorched to the same charred slag as the trees. She pauses in the gravel, and in the glow of our burn, I can make out the wildness in her eyes. It lasts two seconds, maybe three, and the sow and cubs disappear downhill. Sparks simmer in their paw prints.

“Hold the line!” cries the foreman. His message traces the roadway like a scar. The bears will die tonight, I am sure.

‹ "Six Hundred Dollars," by Jess D. Taylor up "iTunes Playlist to Get You Through a Miscarriage," by Jonathan Danielson ›