"iTunes Playlist to Get You Through a Miscarriage," by Jonathan Danielson 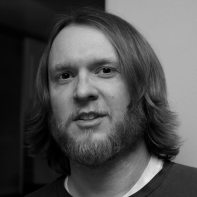 Jonathan Danielson is a frequent contributor to The Feathertale Review. His work was named a finalist for Glimmer Train’s 2012 “Family Matters” contest, and has appeared in The Saturday Evening Post, Juked, Southern California Review, Monday Night, Gravel, Santa Fe Writers Project, South85, Fiction on the Web, and others. He received his MFA from the University of San Francisco and lives in his home state of Arizona, where he teaches at Scottsdale Community College. He is also an Assistant Fiction Editor for Able Muse.

iTunes Playlist to Get You Through a Miscarriage

Just Finding Out:
Nothing. You can’t hear anything over your heartbeat and the tears of your wife and the car engine as you pull away from the doctor’s office. You can’t hear a sound over your brain asking if you did something wrong. Should you have done the dishes last night? Should you have told your wife to get off her feet? Did your inability to load dirty plates just cost you the life of your unborn child? You wonder, driving the five minutes home, which now feels like hours and days and months and years, Does the ultrasound technician who just told you your baby no longer has a heartbeat have the worst job on the planet?

Denial and Sadness:
The albums This Time by Waylon Jennings, American V: A Hundred Highways by Johnny Cash, and Living for a Song: A Tribute to Hank Cochran by Jamey Johnson. Listen to these albums because, for some reason, nothing makes you feel better than miserably sad and slow country songs. Avoid Willie Nelson though. While there is nothing wrong with Shotgun Willie, his voice is too high and nasally to offer the deep and depressing heartache provided by the baritone crooning of Jennings, Cash, and Johnson. Listen to these albums while your wife goes to bed and you tell her you need to stay up a while longer to finish some stuff for work. Make sure you close the door so that you can finally cry.

Anger:
The Fragile by Nine Inch Nails, The Fire in Our Throats Will Beckon the Thaw by Pelican, and Station by Russian Circles. Remember, you are pissed (at God if you’re religious, or lack of God if you aren’t) and fuck everything. Fuck the ultrasound technician and fuck the doctor. Maybe the technician did it during the ultrasound. Maybe the doctor did it by prescribing your wife the anti-nausea medication she never took. Don’t be rational, be pissed. The next day, shove your coffee table to the side of your living room and do 200 pushups (in groups 15, then 10 when you start getting tired, then five until you’re done), even though you never do pushups, let alone that many, and will not be able to lift your arms in the morning. The rhythms of these albums (and the Pandora station for Clutch, whose entire discography applies here) will keep pace. Get out your punching bag from the storage shed and just beat the shit out of it, or least think about it if you can’t move your arms.

Bargaining:
You and your wife want to schedule an appointment with a different doctor for another ultra-sound. You want to 110% sure things are the way they are, and everything can’t go back to the way it was. You want to watch the week thirteen “What to Expect When You’re Expecting” video on the internet. You want to watch the week fourteen video after that, and so on. A new doctor can help, you decide. Listen to Metallica’s Unforgiven trilogy during this time. Like the first entry of the trilogy, your ideas about a new doctor start off reasonable, if not slightly absurd. What is done is done, you know, but you still long for more. As you continue rationalizing the need for a new doctor, like “Unforgiven II,” things get more intense. More urgent. More raw and desperate. Keep listening as you process these justifications, because by the time you reach the third entry, you will realize the ridiculousness of what you are doing, and will ask each other, “Why are we still doing this?”

Depression:
Don't listen to anything. Instead, stay up late watching reruns of Family Guy because you need something to make you laugh. Also, drink everything in the house, a half bottle of tequila here, the other half there. One-to-two bottles of wine a night and then just beer when you run out of wine. You don’t intend to systematically empty your liquor cabinet, it just happens. You work all day, spend time with your wife in the evening, and after she’s gone to bed early, still exhausted from everything, you just happen to keep finding yourself on the other side of numbness each and every night until you realize you’re no longer in the same month that you started. Do this until one night, while on the couch watching a Belushi-era SNL episode, you ignore your mother’s repeated calls and realize you need to start pulling your shit back together.

Acceptance:
Best of Pop by Eli and Sound Cult, which you downloaded off iTunes because it’s your buddy’s band. No one has ever heard of this band, which felt like a travesty before, but which now you are totally thankful for. Listen to this as you get on the computer and Like all those condolences you received in response to your status of the miscarriage. Of course you don’t want to Like any of the condolences, because you reeeeally didn’t want to post a status about the miscarriage in the first place, but only 72 hours before miscarrying you and your wife had passed the first trimester and told your bosses and coworkers and 900 internet friends the happy news. You therefore had no choice but to post about what happened. You had no choice but to grieve, and grieve publicly, yet because of that publicity, you learn you have more friends than you ever knew who have gone through the same thing. You learn you and your wife are not alone, even though at the time you felt utterly and completely isolated. However, right now your world has gone from way too isolated to way too crowded, and listening to Best of Pop helps. Right now you’re exposed, naked and vulnerable, but this is your one little secret that is yours alone.

Also, “Whatever You Like” by T.I., because unbeknownst to everyone except your wife, you know every single word.

Also, Meta-Modern Sounds in Country Music by Sturgill Simpson, which is another miserably sad and slow country album, but is more DMT, Magic Mushrooms, and “Reptile Aliens Made of Light” (actual lyric) than honky tonk drinkin, smokin, and fightin. You can’t listen to this while you’re with your wife because she hates country music (but has agreed to see him when he comes to town around your birthday, just like how you agreed years ago to see Britney Spears after your wife’s girlfriend unexpectedly canceled and your wife was left with an extra ticket) but listen to him when you do the dishes or start going back to the gym or walk the dog. Enjoy it in the moments that you can. It also happens to be the album you were listening to right before all of this happened, and while you still catch yourself lost in your own thoughts, still heartbroken over the lose of those plans and future which, for a brief moment, you had named and loved, it’s nice to find the little things to get you back into the flow of the world. Turn it up to eleven and go ahead and sing along.