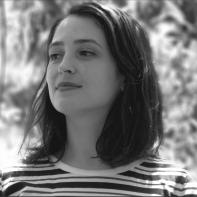 Anne Cecile was born in 1987 in Lavelanet, France. In 2010, she graduated with a Master in Business Administration, and in 2014 she graduated with a Master in Art History from Christie’s Education New York. In 2013 Anne Cecile stayed at the Fundacion Pablo Atchugarry in Uruguay where she learnt how to cut marble. Following this experience marble becomes her main material. In 2015, she opened her studio in the Pyrenean Mountains in France. She has since shown her work internationally both in group and solo exhibitions and won several prizes for it such as the YICCA Art Prize.