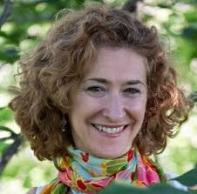 Julie Langsdorf has received four fiction grants from the Maryland State Arts Council, and her short stories have appeared in several literary magazines. She lives, writes, and teaches yoga in Washington, D.C.

This interview was conducted via email by Interview Editor Kalista McKeever. Of the process she says, “Julie Langsdorf’s novel White Elephant is a realistic impression of dysfunctional, everyday people. It’s raw and witty and true to our experiences in life and how incredibly human we are. I loved learning about the inspiration behind this novel, and I’m glad to have had the opportunity to discuss her work.”

Superstition Review: Julie, I’d just like to say thank you so much for agreeing to this interview. Your novel White Elephant was so fun and witty. I read you’ve been working on this novel since 2008. What drove you to pick it back up? Did you have to make any drastic changes?

Julie Langsdorf: I actually started writing the book in 2005 and finished it in 2008—a long time ago now! I picked it up in 2017 when I was at a turning point. I had been teaching yoga, and I was trying to decide if I was going to put my energy toward being a writer or a yoga teacher, so I decided to send out one of my novels to see what happened. I picked what I thought was the most viable of my novels, revised it, and sent it out to agents…. I was thrilled when Suzanne Gluck of WME offered to represent me, and she soon sold it to Megan Lynch at Ecco. It was a real dream come true for me.

SR: What did you edit out of this book?

JL: The main thing I did was update it. A lot of things had changed in the intervening years, particularly technology. Also, things that were cool for pre-teens in 2008, we’re no longer cool. I had to get some young advisers to help me on that front since my children had grown up in the meantime.

SR: You tell the story from the perspectives of three different families. What made you decide to use multiple points of view as opposed to one? How did you decide who would get a voice?

JL: I honestly have never been able to tell a long story without using multiple voices. I love it because it allows me to do something I can’t do in real life, which is to understand what other people are thinking. In real life I can guess, but when I invent the characters, I actually know what’s going on in their heads. The disconnect between what people feel and think, and what they present to the world fascinates me. I think humans have a very hard time communicating despite their best intentions. It’s one thing not being able to connect with people we disagree with, but we often can’t even connect with those we love the most. It’s one of the themes I explore in the book.

Would it sound crazy to say the characters just started talking to me? Probably, but that’s sort of what happened. They let me know when they needed to talk.

SR: Throughout the novel, each new chapter is titled with a specific month and day, which helped keep the timeline of the story clear. Why label the chapters this way? Did you try any other structures?

JL: With so many narrators, there’s a high risk of confusion, so I wanted to make the timeline very clear. Sometimes several chapters take place on one day, and then I’ll skip a month and enter the scene there. I didn’t want the readers to work any harder than they had to at following what was going on in the story.

SR: I came to love Willard Park, especially when we learn Ted’s perspective about the town: “Ordinary people could afford Willard Park then—teachers, government workers, hippies. That was the kind of people Ted still wanted to live among. Normal people, who did for themselves and for others instead of hiring everything out to strangers. People who believe in community.” What was the inspiration for the setting of the novel?

JL: I grew up in a town that was somewhat similar to Willard Park. It was an ideal town for a child to grow up in, with a children’s library and little shops, a creek and shady streets. I was also inspired by other nearby towns, all of which have that same small-town feeling.

SR: White Elephant is your debut novel. Can you talk about the publication process as a first-time author?

JL: It has been a really thrilling ride! There’s a pretty steep learning curve when you’re a first-time author, and it’s easy to feel anxious about it, but my agent, and editor, publicist and other members of my team have been so great. They really have my back.

SR: You’ve received four fiction grants from the Maryland State Arts Council. How did being a Maryland writer shape your work? Can you describe the literary community or communities you are a part of?

JL: I live in Washington D.C. now, but I lived in Maryland for most of my life. Just like people, towns feel a certain way when observed from the outside, and quite different when you start to dig beneath the surface. Every town has its own particular feeling, and it’s interesting to understand what gives it its own particular character. I had plenty of time to observe all of this in Maryland while I was growing up and raising my children.

There’s a great women’s writers community in the Washington area, and I’ve started to get involved with them, which has been so much fun. More seasoned writers in D.C. and beyond have been extraordinarily generous with their time and advice. In addition, I have been lucky enough to meet many fellow debut authors through an active Facebook group, and that has been amazing! They’ve become really good friends. I’ll be doing events with some of them this spring.