"The Perfumer's Organ" by Heidi Czerwiec 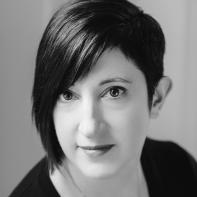 Essayist and poet Heidi Czerwiec is the author of the recently-released lyric essay collection Fluid States, selected by Dinty W. Moore as winner of Pleiades Press’ 2018 Robert C. Jones Prize for Short Prose, and the poetry collection Conjoining, and is the editor of North Dakota Is Everywhere: An Anthology of Contemporary North Dakota Poets. She writes and teaches in Minneapolis, where she is an Editor for Assay: A Journal of Nonfiction Studies and for Poetry City.

The perfumer’s organ is a personalized workspace that lends structure, order, and organization to the creative process. Raw materials—extracts, botanicals, essential oils, synthetic molecules, and composed bases—are arranged, along with scales, pipettes, bottles, and notebooks, in a manner meant to most intuitively aid in the perfumer’s creations.

Some perfumers organize by note, by family (Floral, Oriental, Woody/Herbal, Fresh, Gourmand, or Fougère), natural versus synthetic, or by longevity, with the more fragile or rare materials in drawers. The size and layout of the perfumer’s organ often evolves as the perfumer does. Some spaces purely functional, while some perfumers use vintage lab glass or antique apothecary bottles to enhance their own aesthetic pleasure.

The perfumer’s organ, design little changed since more ancient, alchemical times, might consist of three tiered shelves arranged in a C, with fragrant top notes on upper shelves, bases at the bottom, and heart notes filling in along the middle. At the center, the perfumer is middle C, playing the organ, selecting notes to create a chord, an accord.

The perfumer’s organ is the nose and, in fact, a prominent perfumer may be known as a Nose, a metonym that’s a bit too on the….

One of the unacknowledged Noses of the perfume world, Marie-Thérèse de Laire, worked for the family firm De Laire, creating perfume bases: ready-made accords that form the base, the basis, for fragrances. Her Mousse de Saxe—a chypre accord of animalic oakmoss, based on isobutyl-quinoline’s sharp green leather—a dark beast that whips itself into a mossy froth. I imagine her in the lab, creating this chimera for her own amusement and pleasure, the base a complex fragrance in its own right, not knowing that her little mutant would morph the shape of perfumes to come, frame much of the Caron line and Habanita, a great leap forward for later perfumes.[i]

Edmond Roudnitska, who started with De Laire, created some of the greatest scents of the twentieth century. Roudnitska (from rudnik, “mine”) thrived on the rude, mining beauty out of barrenness, loveliness from muck, from luck, from lack: “Let me tell you, I created Rochas Femme in 1943 during the worst days of the war in a building that had a rubbish dump on one side and a paint factory on the other.” He got on his hands and knees to bury his nose in tiny white flowers until he found a molecule to mimic that unextractable scent of lily of the valley for his Diorissimo. He also composed Le Parfum de Thérèse, a fragrance for, and only to be worn by, his wife during his lifetime. So like a man, to mark his femme with scent, as if to say mine.[ii]

Foremost female Nose Germaine Cellier debuted developing bases for DuPont before moving into producing gender-bending perfumes. She was famous for chainsmoking Gauloises, consuming quantities of garlic, and breakfasting on sardines while composing her fragrances. Her breakthrough, Bandit, “a kiss to the dykes,” seared the nose with an overdose of the same bitter-leather compound favored by Marie-Thérèse: isobutyl-quinoline.[iii]

Jean Carles is known for some of the naughtiest perfumes, like Shocking and Tabu. What is less-known is that he became anosmic, lost his sense of smell. Nonetheless, his nose was so developed that he had invented a technique and chart, a sort of Periodic Table of Perfumery still taught today to classify olfactory notes in order to memorize and understand how fragrance elements combine to complement or contrast. Using his own method, as well as his extensive memory and imagination, he carried on composing like Beethoven, creating the notorious Ma Griffe then Miss Dior, trusting galbanum and aldehydes to provide a descant to the creamy melody of white flowers, with their counterpoint in indoles and animalics to smut it up, drag all that beauty toward their brooding baseline. His own perfume organ, containing 256 bottles, is housed in the International Perfume Museum in Grasse.[iv]

The perfumer’s organ, the nose, may actually smell atoms, according to scientist and scent connoisseur Luca Turin. He argues against the predominating theory—that the nose sorts smells by shape—because it cannot account for how molecules and even isotopes of the same shape nonetheless smell quite differently. He offers instead a vibrational theory of smell. Different atoms—and therefore, the molecules they comprise—vibrate at different rates, not unlike musical notes. An atom vibrating at 2380 will smell like camphor; a piano string vibrating at 256 will sound middle C. How a perfume plays a chord, an accord. In 1996, Turin and composer Howard Skempton collaborated on a piece to translate the vibrations of the major notes of Molinard’s Habanita (including vetiver, vanilla, and isobutyl-quinoline) into musical vibrations, resulting in their concerto for accordion, oboe, and strings.[v]

The perfumer’s organ may make you, or them, think of (ahem) the perfumer’s organ. Titillated by the smell of “the underside of my mistress” (Jacques Guerlain) or of runway models changing their undergarments backstage (Germaine Cellier). Or, in the case of Antoine Lie’s Sécrétions Magnifiques—which smells famously (or infamously) of blood, sweat, sperm, and saliva, and which famously (or infamously) was praised by Luca Turin as “stupendous”—a bottle emblazoned with the image of an ejaculating phallus.

The perfumer’s organ—like that of Jean Carles’, whose perfumes prominently featured animalics—may actually contain perfumed organs. The hairy pouch of a Himalayan mammal known as the musk deer, full of fragrant grains. The castor sacs of beavers, packed with waxiness. The perineal glands of the civet cat, primed to mark its territory. The mucousy effusions produced by the irritated stomach of the sperm whale to protect it by coating the sharp bones of squid which, when excreted and aged afloat in the ocean, become ambergris.

Rare and difficult to consistently source, they are used today in commercial scents only rarely. There are vintage perfumes that contain them, but you will pay through the nose.

[iii] Draws from articles at http://www.fragrantica.com/news/Germaine-Cellier-1909-1976-Innovator-and-Iconoclast-1089.html, http://www.vanityfair.fr/actualites/articles/germaine-cellier-le-sens-de-la-formule/15616, and http://boisdejasmin.com/2005/11/perfumer_germai.html as well as googling name meanings.