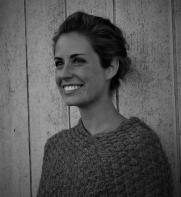 This interview was conducted via email by Interview Editor Nicole Floda. Of the process, she says, “The Gunners was an enthralling ride. It’s clear Rebecca approaches her writing with empathy. The complex friendships within her novel explore the interplay of relationships and secrecy; each unique character in The Gunners claims a place in the reader’s heart and never lets go.” In this interview Rebecca Kauffman talks about self-perception, friend group dynamics, and listening to her gut throughout the writing process.

Superstition Review: Thank you so much for agreeing to this interview. I thoroughly enjoyed delving into Mikey’s past in The Gunners and found him to be a complex and compelling protagonist, yet he was still one of the most altruistic characters in the novel. A line that I feel represents him is, “Mikey wondered if having a dear friend, and being a dear friend, might be almost as good as being a good man.” How does telling the story from Mikey’s point of view affect the reader’s perspective?

Rebecca Kauffman: Thank you, Nicole, for the kind words about the book and the insightful questions! Mikey is dearly loved and admired by his friends but struggles with difficult aspects of his personality which obscure his sense of self-worth. My hope was that in telling the story primarily from his POV, the reader would be able to inhabit and understand the state of mind that led to his isolation and emotional stasis. At the same time, I wanted to provide enough social context to indicate that while Mikey seems reliable enough as a (3rd person) narrator, he is completely wrong about the way he believes others perceive him; he's simply unable to recognize his own attributes. I'm intrigued by stories in which a character turns out to be fundamentally wrong about themself in some way, so it was interesting to play toward that while also staying as close as possible to Mikey's perspective.

SR: I found the relationships between Alice, Sam, Jimmy, Lynn, and Mikey to be alternately funny, touching, and heartbreaking. What was the inspiration behind the unique yet still ultimately relatable dynamic of this friend group?

RK: It seems to me that people often intuitively tailor their own personalities to suit a particular dynamic in a group. Of course every friend group is different and can certainly survive without, say, a funny guy, or with three funny guys instead of one, but I do think we tend to fall into certain patterns of interaction with an established friend group. It felt true to me to construct the members of The Gunners, and the way they function as a unit, with this in mind.

SR: Throughout The Gunners, each of the characters must come to terms with their own eventual demise. In a 2018 interview with Electric Lit, you spoke about how recognizing the pain that people share is an important part of the process of grappling with mortality. What role does empathy play in allowing people to come to terms with their own mortality?

RK: I imagine just about anything at all that provides one with a sense of purpose—including the connections we form with others—is useful when it comes to accepting one's mortality.

SR: The Gunners is a story about friendship, and how friends can become one’s chosen family. The Gunner House became a home that the children all chose, rather than one they were born into, and this theme is interwoven throughout the novel. Why is this theme important to emphasize?

RK: I believe the possibility that home can be found anywhere, with anyone, is an incredibly hopeful idea, and essential to coping with loss.

SR: One line that stood out to me within the novel was, “Sometimes Mikey felt like he was watching his friends through binoculars, even when they were right before him.” This is a lovely description of how distanced Mikey’s abilities made him from his friends, and the rest of the world. What role do Mikey’s physical abilities play in shaping his relationships, and why did you choose to explore this idea?

RK: Mikey makes the decision early in life to keep the fact that he's going blind a secret from all his friends, and it's not until he's in his thirties and on the brink of full blindness that he finally discloses this information. His handling of this secret mirrors the experience of other Gunners, each of whom has carried a secret of their own, (ie addiction, sexuality, guilt, etc.). Where they could have offered one another comfort and understanding, each one chose to bear their secret in private and it could be argued that this is what caused the group to splinter apart when they were teenagers.

SR: The Gunners is your second novel, following your publication of Another Place You’ve Never Been. How has your writing process changed from 2016 to now?

RK: I've become better at not wasting my own time. I used to try to force myself to write through problems in a manuscript (ie a boring character, or a senseless plot), with the idea that the problem would work itself out on the page if I kept pounding away. It never did! It never does! These days, if something isn't quite sitting right with me—in other words, if my gut is telling me there is a problem with the manuscript—I'll step away for a while. I'll keep the ideas in mind, but on the backburner. I'll occupy myself elsewhere and wait for a solution to present itself, which it usually does after a few days or weeks, instead of trying to force a square peg into a round hole and ending up with forty pages of garbage.

RK: My husband set up a great little desk and writing spot for me in our guest bedroom, but unfortunately I never use it! Instead I always want to be in the living room, which contains my favorite art, overstuffed bookshelves, and loads of houseplants. I feel happiest and most relaxed in this room.