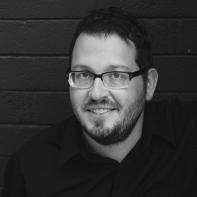 Cam DeCaussin is a painter who uses the suburban landscape as a catalyst to explore nearly vacant lives in time. Drawing on the physiological response toward voyeurism, he becomes a part of a persons’ unique life for a brief moment in time. Born and raised in Marine City, MI, small-town Americana has heavily influenced his visual iconography. He received his MFA in Painting and Drawing from Arizona State University in 2017 and holds a BFA in Illustration from Grand Valley State University. His work has been exhibited in various cities throughout Arizona and Michigan, as well as other national and international locations.