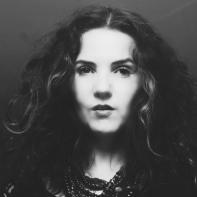 Hannah Tinti is the co-founder and executive editor of One Story magazine and has published three works of fiction: Animal Crackers, The Good Thief and The Twelve Lives of Samuel Hawley.

This interview was conducted via e-mail by Interview Editor Tonissa Saul. Of the process she said, “Hannah Tinti's book, The Twelve Lives of Samuel Hawley, takes readers to the dark pasts of its characters even while making you fall in love with them. Her writing is as mindful and heartfelt as the answers to this interview. ” In this interview Hannah Tinti talks about Hercules, timepieces, and murder walls.

Superstition Review: Thank you so much for agreeing to this interview. I have been looking forward to The Twelve Lives of Samuel Hawley since I heard you read a passage from it at AWP last year. I really enjoyed this story. The Twelve Lives of Samuel Hawley is an enormous endeavor told from two different points of view. What gave you the idea to have Loo discover her life and lost mother through the scars of her father?

Hannah Tinti: The novel began when was writing about the greasy pole, which is a real contest that takes place each summer in Gloucester, MA. A telephone pole is attached to a pier and set horizontally over the ocean, then covered with grease. A flag is nailed to the end. The first fisherman who makes it to the end of the pole and captures the flag wins. As I sketched out the scene, I focused on one of the men participating, and as I described him physically I discovered his skin was covered with scars.

Scars tell stories—ones we normally only share with the people we’re most intimate with. I wondered if I could tell a man’s whole life story, skipping through time, only telling how he got each of those marks on his body. Once I had that framework and began to fill in the details of Hawley’s past, I found I needed to come up with a reason for why he was still living. And that became his daughter Loo. Loo’s story weaves back and forth with Hawley’s, and together they braid a rather unique coming of age, where both father and daughter grow up together.

SR: As a Greek myth enthusiast, the 12 lives reminded me of the twelve tasks of Hercules. When you confirmed it in your interview with NPR, I got really excited to see that the correlation was intentional. What other myths might we see in your work and what moves you to use them as inspiration?

HT: Mythology is a great resource for storytelling. With this particular novel I wanted to explore the idea of what it means to be a hero, and the cost we pay to protect the people we love the most. I began re-reading the Greek myths, and found that the legend of Hercules dovetailed with my character Samuel Hawley’s story.

Hercules set out on his twelve labors after murdering his own wife and children, and committed more terrible acts to achieve his goals. Call his name to mind, however, and people imagine a strapping, bold hero who slayed the Hydra and wrestled Cerebrus from the underworld. I wanted to delve into the darkness that comes with physical power. And how the past follows us like a shadow through the rest of our lives.

SR: For every bullet there is a timepiece. How are you using this combination and what inspired you to pair them together?

HT: In each of Hawley’s “bullet” chapters there is a bullet, a clock, and a woman. I purposely did this to represent the three subjects I wanted to explore: death, time, and love. In many ways this novel is a memento mori.

It was interesting to do research in the history of timepieces, and add things like the clepsydra (a water clock) and the pocket watch with the map of the stars. The novel weaves back and forth in time, and plays with déjà vu. There are moments when Hawley and Loo sense time dropping out beneath them, flowing backwards and forwards. I’m interested in the theory of relativity, and the different ways that time can bend and warp our memories.

SR: The way Hawley grieves, with the shrine of his wife’s belongings, seems problematic to Jove and Mary Titus but seems special to Loo. This idea evokes the way children see life through the lens of their parents. What do you think Loo would have seen about Hawley through Lily’s lens?

HT: People grieve in different ways. For Hawley, the shrine is a way of maintaining a connection to his dead wife. His daughter grows up around it, so it just seems normal to her. If the story had been reversed, and she was being raised by Lily, she would have had a very different kind of life. I don’t think Lily would have built a shrine—her existence doesn’t hinge so completely on Hawley—the way his does on her. My guess is she would have eventually told Loo the truth about her father being a criminal. But Lily was also reckless and a bit wild, so I can imagine that she would have moved them around a lot, and maybe settled them in an artsy city like Los Angeles or New York.

SR: I see that Samuel Hawley has already been optioned as a movie. Any ideas on who would be your dream actors to play Hawley and Loo and what scenes you are excited to see on screen?

HT: I think Loo would have to be an unknown actress. Hawley would have to be someone who is comfortable with guns and can play age up or down. Maybe Anson Mount (from Hell on Wheels) or someone who can disappear into roles, like Tom Hardy. The scene I’d be most excited to see filmed would probably be the glacier scene in Alaska, and also Whidbey Island, where Hawley meets Talbot for the first time.

SR: For this book, you had to know everything from pole grease, guns, and oysters to yarn dye, timepieces, and astronomy. What is your experience with these subjects?

HT: Some of them I knew about from my own life, like the greasy pole, whales and astronomy (I was a science major). Others I had to research, like guns and timepieces. I love doing research. I’m very interested in the world and my favorite thing is digging down into a subject and discovering new facts. Small, intimate details provide authority and are key to making characters, objects and settings feel more alive.

SR: How has your experience at One Story affected your writing?

HT: I feel enormously lucky to have worked with so many amazing writers (One Story only publishes an author once, which means we’ve run 235 different voices from around the world). They’ve all taught me so much, but probably the most important thing I’ve taken away is to remember the reader. My job as an editor is to try and build a bridge between the writer and their audience. So when I turn to my own work, I’m always thinking about the reader’s experience, and how they will be making their way through the story.

SR: You are a literary commentator for the podcast and performance series Selected Shorts. How did your involvement in the series come about and what is that experience like?

HT: I’m no longer recording for Selected Shorts, (though my voice sometimes appears on re-runs!) but I remain connected to the program, and will always support its mission and the wonderful job it does bringing short stories to life on the radio. My role ended after Isaiah Sheffer (the host) and Katherine Minton (the producer) both sadly passed away. Isaiah and Kathy brought me on as a commentator to add context for the stories and to interview authors in the literary world. I’m very proud of the years I spent on the program working with them and miss them both very much.

SR: Your article “When Writing is Actually About Waiting” in The Atlantic really resonated with me. In it, you speak about writing without fear or hope because both can affect the story and the process negatively. You also mention that a quote from T.S. Eliot gave you courage to come to that space where you write without fear. What is something that you would suggest to a writer going through their own darkness?

HT: The most important thing to remember (that can also be really difficult to envision when you are in a dark period in your life) is that it won’t last forever. That’s why I find T.S. Eliot’s “Four Quartets” so comforting. It’s all about the waiting. Holding on and waiting and trusting that eventually the darkness will serve some purpose and lead you to a new road.

HT: I have a desk at home in the corner of my apartment, and another desk I rent part-time, when I need to get out of the house. The desk in my apartment is covered in papers, coffee mugs, books and pens. The rented desk I keep completely spare and super clean. I tend to write new work at the clean desk, and do revisions and edits at the messy desk. Over both I have bulletin boards that I use as “murder walls”—collages of pictures and poems and ideas and maps. Anything that will help keep my mind focused when I look up from the screen and inside the fictional world I’m trying to create.