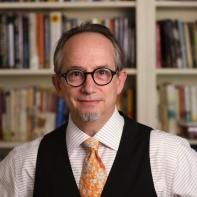 "Questions of Knowing," an Interview with Alan Michael Parker

This interview was conducted via e-mail by Interview Editor Addison Rizer. Of the process she said, “Alan Michael Parker and Rebecca Hazelton’s The Manifesto Project is an anthology full of creative energy. It gives the reader a glimpse into the whys of writing, and offers a discussion on the purpose of writing for writers, and for readers.” In this interview, Alan Michael Parker talks about questions of knowing, working with coeditor Rebecca Hazelton, and the poem as a civic idea.

Superstition Review: Thank you so much for agreeing to do this interview. While reading The Manifesto Project, I found the difference between each manifesto made every section refreshing and unique. It really speaks to creativity as both an individual and a communal experience. In the introduction, you say these manifestos are a “responses to current circumstance” and that they’re written with built-in expiration dates. With that in mind, can you talk about how your personal manifesto has changed since you started writing?

Alan Michael Parker: As a younger poet, I was interested in writing about how I know things, and a person’s consciousness in relation to the world of the senses, and what I might learn about life as a result of studying that relationship. In retrospect, even as my reading has deepened my poems over the years, or at least offered me opportunities to deepen my considerations, I remain a poet committed to questions of knowing. A poem is an act of learning, an exercise and performance of space and time in an expressive venue. That’s where I still go, and what I want to explore as a poet. A lot has happened to me, to change what I believe over the years, but the project in my poetry remains the same.

SR: I think your commitment to writing “questions of knowing” really comes across in  The Ladder. Can you talk about a lesson or two you learned while writing this book?

AMP: The title poem might offer a good example. It’s a poem in couplets, a form I favored earlier in my poetry life, in part because of the flexibility of the break – not always enjambed, but often a hinge—and what discoveries were possible in the second line, as a result. I have tended to be comedic and/or demotic in those turns, especially in The Vandals, a book-length series I wrote in the late 1990s that’s entirely in couplets. The lesson in “The Ladder,” though, had to do with philosophical matters, and the hinge as though on a door—I found that thinking of the space between the first and second lines as a door opening allowed me to learn even more about my assumptions, and assertions. “The Ladder” is the result of that kind of learning.

AMP: Working with Rebecca Hazelton was fabulously fun! I miss her. We had so much contact over a two year period—via text, email, and FaceTime—that not working with her has proven sad. We’ll have to do another book together…

We both read each of the submissions, rated them, compared notes, and decided together on the volume’s contents. She is much more… shall I say… organized than I tend to be (and I’m hyper-organized to compensate for being disorganized); she needed at times to reply to questions that would have taken me longer to answer, and she explains matters better than I do. I recommend always choosing such an industrious and brilliant coeditor, and especially someone whose working methods are not like one’s own; our differences allowed us to broaden the book’s scope, ultimately.

SR: Rebecca had a similar answer when we asked her how it was working with you! It sounds like you both had a great time with it. I love that you say your differences allowed you to broaden the book’s scope. How do you think the book would have been different had it just been you editing?

AMP: Rebeccas loves jazzy diction in a profound way, her lingo sensual and fabulous. My interest in direct statement… as an act of indirection (perhaps learned at the altar of the great Polish poets) has led me elsewhere, in my aesthetics. I think I might have skipped some of the new poets and poems who revel in flagrancy – I kind of made up that word, even if Google thinks otherwise – in favor of those whose wry (or dry?) assertions do ironic duty.

SR: In the introduction to The Manifesto Project, you say you were able to ask the authors questions about their work. What kind of questions did you have for the contributors? Would you say they altered the anthology in any way?

AMP: With one exception, we didn’t offer edits to the poems submitted, but in almost every case, we gave comments on the prose (as almost all of the statements were written for inclusion in the volume). Both Rebecca Hazelton and I edited each prose statement, compared notes, and then divvied up who would correspond with which poet. At times, we provided significant commentary and feedback; we even asked various people for major rewrites. This took some editorial finesse, as well as a little bit of role-playing. Luckily, my coeditor and I trust each other so deeply, we were able to communicate and strategize editorially.

SR: Trust certainly seems to be a vital component in editing, especially co-editing. Can you talk about how trust factors into your writing process?

AMP: I believe my work is right until I’m wrong, and usually I need to be shown to be wrong; that process is facilitated by trust. While years of workshop helped me let go of some of my vanities, getting the kit shicked out of your poem isn’t easy. I trust my partner, my dogs, my coffee pot, and a couple of friends; almost no one reads my work until my editors do. And yes, I like to submit my work to presses where editors I trust work.

SR: Matthew Lippman’s [note the spelling of his name – AMP] manifesto really resonated with me. “Once,” he writes, “I thought, poetry could not save planet Earth.” In the end he realizes that poetry does have a purpose: His manifesto speaks of writing that “in some small and miniscule way” helps “foster a sense of coming together.” Has poetry fostered a sense connection for you? How?

AMP: Absolutely! A poem is a civic idea, an open window into the living room in which an individual consciousness dwells (see Dickinson), an act of self-expression, a honing of ideals, etc. I feel connected to poets, readers, dead poets, future poets, and students of the art form (as I am a student in my art practice too).

SR: I love that you still call yourself a student in your art practice. What qualities of a student do you consciously develop while growing as a poet, if any? What projects might those qualities lead you to in the future?

AMP: I’m always trying to discover new poets, and teach new books. Roughly two-thirds of every syllabus, at the minimum, will be new to me: teaching and reading new work keeps my relationship to the art form dynamic. It’s like I get to take a new poetry (or fiction) class every time I teach.

AMP: I write fast and then edit avidly over a period of years. To me, “writing badly” means giving up the preciousness of the imagination’s impulse, and what puts me on the page. The poems I write need a hundred drafts, tweaks, reversals, gutting, re-sewing—to generate the kinds of materials that allow me to do this, in my art practice, I must abandon what makes me write, and what comes out first, in favor of the work of art’s ultimate quality. That’s hard: I like my first drafts, that’s why I wrote them! Nonetheless, falling for oneself is a liability.

SR: I have to confess, Sara Sams let me know you like to ask visiting authors about bad habits they’re trying to break, so we turned the question back to you. It must be really difficult to like your first drafts, but know they’ve got to go through the ringer to get to the final product. I often write without thinking about clarity and have to frame at least one round of editing for that alone. What do you find you need to edit for? How do you know when to stop editing?

AMP: Bad habits… upon publication of a book, I make a list of the “moves” I make in a given collection, and post the list within flamethrower distance of my computer in my study. That helps me not be a doofus more than once.

But truly, I find that it’s increasingly difficult to distinguish between a “style” and a “habit” as I get older, as my personality (read: self) settles into middle age. Reinvention remains one of my constant projects—with poets like Yeats a hero, at least in this department. Less so his Maud Gonne thing…

AMP: Books everywhere, the shades drawn, nothing in sight on the wall in front of me. The poems happen in my head, mumbled and muttered into life, and for that, I need extreme quiet, uncommon focus, and a prefatory jolt of caffeine.

SR: The books seem to be scattered while the rest of your workspace is clean and clear of distraction. What titles would we see closest to your workspace at the moment? What role, if any, do these books serve in your creative process?

AMP: I’m always reading to begin writing, and trying to rotate (often randomly) which books I pull from my library to serve as starters. Today, the books were The Collected Poems of Frank Stanford; Caroline Bird’s latest, In These Days of Prohibition (she’s an English poet, and terrific); Tony Hoagland’s Application for Release from the Dream; and one of my go-to collections, Lucille Clifton’s Quilting.