"Waiting for Blossoms," by Diane Payne 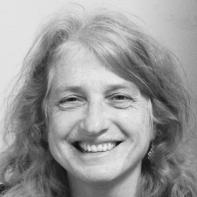 When I first saw this boy almost fifty years ago, the cynics tried to convince me that he dyed his hair. But I knew better. He was embarrassed of his long green hair. I wanted to reach over and touch his hair. It seemed coarse, yet gentle, like the Amsonia ciliate before it flowers, begging for a caress, reminding me to be patient. Just wait for the blossoms.

I am waiting for blossoms.

There must be a reason I keep seeing the boy with the green hair.

His silence speaks to me like a whisper in the wind.

Maybe it’s because my favorite color is green and the boy’s hair is green and now he’s reminding me to appreciate green, to remember him. Don’t forget Green. Me. The loss will be insufferable.

Day after day, the boy with the green hair returns.

Today I force myself to remember when we first met. The boy was on stage, the star of a high school play. I may have been ten. 1968. My first play I saw that didn’t take place at my elementary school. Our family was visiting friends who lived on the north side of town. Another school district. They had kids who were older than my siblings and me, and they also had kids our age. They were a large family. Our dads loved to drink whiskey and beer. Play poker. Who knows what they did when we weren’t around? I’d rather not know. Our family hauled us off to bars, then told us to go outside, or wait in the car. They didn’t bring us to plays. Maybe one of their kids was in the play and they did come along. Or our mothers came with us. Or, maybe they gave the car keys to their sixteen-year-old son and told us to get lost, and he drove us to his school to see the play, relieved to get away from our drinking parents. Good riddance reverberated from the walls.

I wonder if anyone else is now seeing the boy with the green hair.

The boy was a war orphan. But not a Vietnam War orphan. I was obsessed with that war. You ain’t normal thinking about the war all the time. I ain’t buying you stamps. My dad was mad he was never in a war. Thought the damn hippies were wrong to protest. I wanted to be a hippy but was too young. I wrote letters to all my cousins, neighbors, my teachers’ sons, and the boys I didn’t know whose names were listed in our church bulletin. I saved my money to buy stamps so I could write these soldiers, tell them about my dog, ask them if they had dogs, tell them I was begging God to stop the war, and asked them about the children they met, and they wrote back letters about missing the food their mothers cooked, and sometimes they mentioned a dog, but never a child. Then I put their letters in an empty beer carton. I shoved the box into my closet attic for safekeeping. Every day, I’d crawl into that small attic, open the beer carton, and used a flashlight to reread the letters.

The boy with the green hair was shuffled from one relative to another, until finally an older man adopted him, a man who was philosophical about how green is good and represents life, growth, inner strength.

And now, almost 50 years later this green-haired boy emerges like the leaves on the trees to give me solace, a glimmer of hope, a sense of humanity while we once again endure a tumultuous time.

‹ "Dancing on a Big White Cloud of Silence," by Barrett Warner up "The Things That Will Shape Us," by Jenny Ferguson ›