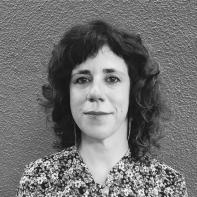 Jami Attenberg has written about sex, technology, design, books, television, and urban life for The New York Times Magazine, The Wall Street Journal, The Guardian, Lenny Letter and others. In 2017, HMH Books (US) and Serpent's Tail (UK) published her novel All Grown Up. It will also be published in Italy, Germany, France, Holland, Poland, Russia, China, the Czech Republic, Turkey, Portugal and Hungary in 2018.

"Plenty of Light," an Interview with Jami Attenberg

This interview was conducted via e-mail by Interview Editor Addison Rizer. Of the process she said, “Jami Attenberg’s novel, All Grown Up, is a compassionate and quick portrayal of a life in its various stages. Her prose is cutting and honest, delving into the heart of a human life and all its messy parts. It’s a truly touching read.” In this interview Jami Attenberg talks about cyclical moments, the nonlinear nature of life events, and sunlight.

Superstition Review: Throughout All Grown Up there are no paragraph breaks for dialogue, which creates a stream-of-consciousness style of narrative. What purpose does this style of narrative have in the novel? How did you make that stylistic choice?

Jami Attenberg: I wanted the entire book to feel immediate, fresh, and memoiristic. From a visual/reading perspective, grouping certain dialogue exchanges together in paragraphs seemed like a good way to convey that feeling. Of course I don't use this style entirely in the book. (There are plenty of paragraph breaks for dialogue.) But there are moments where it felt right, when there was a rush of specific emotions or a subject matter that I wanted to wrap all in one paragraph.

SR: That freshness comes across wonderfully in those moments. Seeing as the novel is told in stand-alone segments, and non-linearly, this emphasis on immediacy works really well to make each moment important to the reader, and to Andrea, even if it happened long ago. We are, at once, Andrea as a child, twenty-something Andrea, and also Andrea in her thirties. We get a sense of her whole self, even as it changes from section to section. Can you talk about why you wanted to present the story as non-linear, with the past looping around to the present over and over again?

JA: My goal was to present the complete story of a human being, with all that made her. If you were to imagine the most influential moments in you life, you wouldn’t necessarily list them in chronological order. Something that happened to you when you were ten years old might be more important than something that happened to you when you were twenty years old, even though they both might fall on the list. So it’s organized in an order of importance, but also, hopefully, with a good sense of timing in terms of storytelling.

SR: This book features many characters with distinct flaws. Even Andrea, the main character, has moments where she is petty or cruel or hurtful. Can you describe your process for creating characters?

JA: Andrea has the most flaws of all!

Character development is pretty instinctual. It begins with a voice speaking to me in my head, and I just write down what that character is telling me. I have go-to qualities I know I will need to fulfill for each character. I like to know where they live and what they like to eat and what they look like. Those are easy ones. Past trauma, that's more complicated, but that leads to motivation. I often write conversations between characters that I will never use just to get to know them better. Is there an order of operation to this though? No. It just comes out in the writing.

SR: I love that, as you say, Andrea has the most flaws of all. The most touching line from the novel for me was, “I’m sorry now that I was so selfish then but I swear I was holding on for dear life.” It spoke to Andrea’s vulnerability, and her struggle, despite her reluctance to let anyone in to help her. This is the point I really understood where she was coming from, and why. Can you talk about flaws, and how they emerge from internal struggle, like Andrea’s seem to? How do these flaws inspire compassion in the reader, as you once said that’s a goal of yours?

JA: I try to write with honesty, and I try to live my life with honesty. If a character is a perfect person, then that character is boring. If a character has flaws, then they’re interesting. This is how I read, and this is how I write. This is how I feel about humanity in general. I relate to people’s mistakes more than I relate to their successes. I learn from people’s mistakes, while, for the most part, I admire people’s successes. I can even be inspired by people’s successes. But the successful person (character or real life) doesn’t need my understanding or compassion or sympathy or empathy. Whereas a flawed person might. It feels all quite simple to me: where my gaze goes and how my emotions work, that’s what dictates the story. I look for depth and substance and imperfections. Flaws are what make a character tick.

SR: The book feels cyclical to me, from the beginning in which Andrea is hounded to read the book about being single yet resisting, to the second chapter when Andrea willingly takes her mother’s advice and reads the book about the grieving family. What makes Andrea read the latter and not the former? Can you talk about why you chose to open both the first and last chapters with these decisions?

JA: She reads the book that is the right book for her to read, when she's ready to read it.  I didn't really know my novel was going to end the way that it did until I got there. It just showed up like a little present. But of course it felt right, once it occurred to me, and I remember being quite excited about the idea at the time. I certainly love cyclical moments.

SR: You said in an interview with The Millions that Andrea’s relationship with her mother was one of your favorites to write, and that you had extra dialogue between them. How did you choose what to put in the novel, and what to leave out? Were there any scenes you loved that didn't make the final cut?

JA: I kept almost everything that I wrote except for a handful of scenes. This book is so short, believe me I would have put in more if I had something else to say! If I truly loved a scene and I felt like it was accomplishing something, I would have kept it in there. I suppose it's about what moves the story along and doesn't feel self-indulgent. It's rare for me to keep something in just because there are some pretty sentences or it has entertained me in some way. (Although what I keep *should* have some pretty sentences and entertain me in some way.)

SR: I think you did a wonderful job making sure every scene is vital to the story. Since the book is so short, there’s an importance on each moment and there wasn’t a scene in there that felt like it didn’t need to be there to tell Andrea’s story. Can you talk about how writing shorter novels differs from writing longer novels, like your novel, Saint Mazie?

JA: Oh there’s challenges to both, for sure. The shorter ones better pack a punch, the longer ones shouldn’t be self-indulgent just because there’s more room to play. I’m just always concerned with keeping things in motion, juggling all the elements. However long it takes to tell a story is however long it takes.

JA: It's the back room of my house. There's a high, long window that faces my backyard, and I have a tall desk that I had specially made so I could look out the window. It's really green in my backyard. My desk is generally covered with books and my calendar and a glass of water and other detritus of life.

SR: I love that you had your desk specially made to look out your window. Why is it important for you to be able to write with a view?

JA: In the New York City, during the late 90s, I shared an apartment that had only one window, and that window looked out on the brick wall of an alley. I lived there for three years. Eventually I moved a few blocks away, to an apartment with a wall of windows, and tons of light. This was after September 11, 2001, when everyone changed their lives at once. Two months later, I returned to my old place to pick up some items I had left behind, a painting, and some books. I remember sitting in the living room for a moment and being completely depressed, and I couldn’t figure out why, and then I realized – no light. My mood had changed so quickly. I had lived in darkness for so long. And I swore to myself I would have plenty of light for the rest of my life. And that, more than anything, is the reason for having a good view. And it’s not even a fancy one, the one that I have, but it’s still a nice one, because of the color and the sunshine and the sky. It makes me happy, or rather it makes me not sad. As I got older it just got more important to me, not being sad. I didn’t know how to ask for it when I was younger. I didn’t know how to claim my happiness. And now I do.