"A Pocket Full of Egg Shells," by McKenzie Zalopany 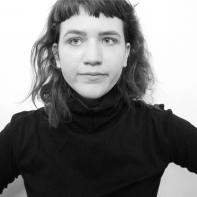 McKenzie Zalopany is a creative writing student at the University of South Florida. Her writing has appeared or is forthcoming in Bad Pony Mag, 3Elements Review, and The Odet.

A Pocket Full of Egg Shells

I cook a tiny loaf of bread and place it in the cracked egg shell that I’d rinsed out with soap. I set it down on Harry’s high chair tray that’s clean but no longer bright white and wait to see if he laughs. I’ve read that if he does, then he’s a changeling.

When I was a baby my mother told me that she found me in my crib blue and stiff. My eyes were as glossy as the stuffed bear on my changing table. I‘d only just turned around to do laundry, my mother said. She picked me up, screamed my name, and gave my body one hard shake. In her firm grasp I gasped a deep breath and looked at my mother in confusion. You were a completely different child after that, she joked in an ominous voice.

I craved eggs when I was pregnant. I couldn’t crack an egg without there being a speck of blood. I’d take a spoon and try to scoop it out, but sometimes I couldn’t find it. The yolk and butter would simmer in the pan. I was so hungry, the baby too. So there I’d sit in the kitchen eating blood specked scrambled eggs, blood specked French toast, blood specked eggs in a basket.

My son doesn’t laugh at the eggshell and I take it as a good sign. I replace the test with bits of watermelon and he sucks the juices out first like a vampire. I skim the website, 10 Tell-Tale Signs a Changeling Has Your Child. The site asks, Does your child have any strange birthmarks? Moles? I look back over and see meaty fruit bits scattered around the floor and in his hair. His arms are like tiny fat marshmallows connected to bone but no strange birthmarks or moles. My arms are tattooed with them. They’ve been there since I was a kid. My mother would say that they were kisses from angels. I have one down on my vulva and felt weird about that.

I’d ran away from home as a child. I packed a nap sack which included but not limited to: A Hello Kitty tin full of bobby pins, my walkie-talkie with no counterpart, and my lip gloss collection. I sat in my wooded jungle gym in the back yard and waited to hear desperate calls beckoning me back. I pretended I was on a ship. I collected pine cones pooped out from our tree and brought a bundle on board and threw them over the fence at cars. It was the first time I’d ever gone outside without asking for permission. I often felt that I was the bits of dirt you couldn’t scoop up in a dust pan. Try as one might, there was always a little line of dirt. Hungry for food and attention I went back inside. I found my two sisters on the couch with a large doll I’d named Amanda in between them. They didn’t talk to me for an entire afternoon. She was in a striped teal mock turtle neck and teal leggings.

Are you hungry Amanda? They’d ask.

Can we brush your hair, Amanda? They’d ask.

I’m here! I’m your sister! Not her! I screamed.

My son is released from the high chair and is running around his playroom. Every so often he trots over to give me a kiss on my elbow or pets my foot or climbs onto my lap to grab my face to babble baby love. He’s too good, I think.

When I was first pregnant with him I had no idea. I smoked, drank, and did drugs. I was living in the point between awake and asleep. Where people and ghosts weren’t mutually exclusive. I was broken, no yolk, just shell. I wanted to die and had tried three times and failed. So I was trying the old cowards approach. His father or fathers could’ve been changelings themselves. Greedy and bratty demonic presences that filtered through my body—we were two peas in a pod. No not tonight, I’d told one of them drunkenly and woke up, walked into the bathroom and pulled out a used condom from my body.

Does your baby fear iron? The website asks me. It says to put a knife or scissors in front of the baby and see if it cowers. I choose a cast iron pan my mother had used this morning that was still soaking from breakfast on top of the stove. I wipe it down, the paper towel scooping up bright yellow egg remnants, and place it as an offering in front of Harry. He tries to sit in it.

I was hospitalized the night I found out I was pregnant. I went in with a purple, swollen leg, that I dragged behind me. It was an unrecognizable attachment on my body. Take it, I thought, take the leg and let me die. Lying in the Emergency Room the doctor told me I’d suffered three blood clots that was due to my unplanned pregnancy. The next day in the hospital I had my first ultra sound. I couldn’t look at the entity inside my body. With my head turned to the wall I heard his heart beat for the first time and kept asking, is he okay? Is he okay? Is he okay? I felt as if my mother was holding me again, shaking me, and I came back a different person.

I took two shots of blood thinners a day in my stomach after that. Sometimes I’d stick the shot inside me, a speck of blood surfacing from my belly, and at the same time I’d feel a kick. I’d be paralyzed, needle in hand and think, Oh god, please be okay.

Back when the folklore of changelings was an actual possibility, people often assigned it to “abnormalities”. Innocent babies with disabilities were ascribed to being fairy babies, evil and demonic and often left out to die. I didn’t care about having a baby with a disability. I cared about the drugs and alcohol and smoking I’d unknowingly subjected my fetus to. He could come out anyway and I’d be fine just as long as I hadn’t caused any in vitro harm.

On the website, Caring for Your Changeling Baby it tells you to never swaddle your swapped baby. Harry and I are dancing in the kitchen to Elvis’ Pocket Full of Rainbows. He gets really low like he’s in a martial arts power stance and shakes his hips until he wobbles and I catch him. The website says if you swaddle the changeling it’ll disappear and bring back the original. In the beginning months, like all mothers, I thought I was going to break him. He was so delicate and fragile as I folded him into a cocoon of blankets. I’d wake up in the middle of the night to touch my sleeping baby—not blue, not glossy eyed, not still.

I must’ve swaddled Harry a hundred times since I brought him home. Now almost two, his eyes are still bright blue, his hair is still the color of wheat, and his lips still tremble slightly when he wakes up. He’s still okay. Harry leaves my hands after I catch him and we continue to dance to the music. We spin to the song, two changelings or not— it doesn’t matter.

‹ "What Happens Next," by Joni Renee up "Hope Chest," by Ramona Reeves ›