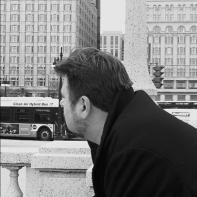 Teague von Bohlen is an Assistant Professor of Creative Writing at the University of Colorado Denver, where he also serves as Faculty Advisor for the student newspaper The Advocate. His fiction has been most recently seen in South Dakota Review and Hawaii Pacific Review, and his first novel, The Pull of the Earth, won the Colorado Book Award for Fiction. He's currently finishing up a college-survival-guidebook called Snarktastic, a second novel, and a collection of flash fiction/photography, of which these three pieces are a part. 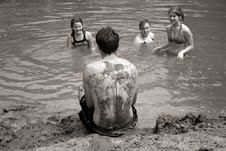 When I look at the sky, no matter what I see, I see you. You and I swimming in the black water of the lake south of town. Nothing more than a mudhole, but isn't everything bigger than it is when you're a kid? And we were kids: old enough to drive, but that was all. So you drove me to the only place where we could do whatever we wanted. The lake. A pond, really. A reservoir for someone's rainwater, a place of circumstantial existence. We climbed that dead tree that tilted over the water, hung from it, dove off of it, laughing, oblivious to the possibility that the bottom was too close. At that age, nothing seemed stupid. Thoughtlessness was the height of bravery.

You and I were necessary. You dunked me under the water, and even though I yelled then, I thank you for it now. You taught me the folly of trust, the danger inherent even in the sweetest of moments, the fear of boys and girls together. It was like you said when we broke up after graduation, when you were going to Eastern and cheated on me with that blonde who worked the baton and god knows what else. “Things happen,” you said then, and even though you were on the phone, I could tell you were shrugging your thick shoulders. And you were right.

You weren't the only one I went to the lake with, but you're the one I think of when I think of that lake. You were the first, the one that made the memory, and that means something. I find myself thinking of that lake a lot these days, when I look up at the night sky while sitting on my porch. Sometimes I can't be the woman in that house anymore. I can't be her. So I go outside, where I can be anyone, at any time. I'm outside of the house where my two girls sleep in their beds, and my bed is once again empty. Because things happen, you know, on both sides. Mistakes are made. There are things from which you can't recover, not in the same skin.

You and I, we're constellations. My girls are up there too, and so is my soon-to-be-ex, and the family dog he took, and the house that itches me when I'm inside it. We're the stars that look like they're right next to each other, look like they've come together purposefully to make a pretty picture. But that's illusion, just pretty story. We're millions of miles away from each other, alone, galaxies unto ourselves, moving through the sky like we have a place to go, shifting around in our broken ways, shining on for no good reason.

All His Shirts
with a Photo by Britten Traughber 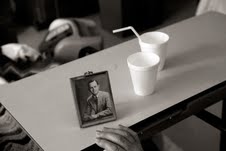 I bought the first shirt for me. Dress-black, long-sleeved, a sharp collar and white pearled buttons down the front. I'd just gotten a job at an architectural firm in Decatur, and they expected their draftsmen to present well. This was back in the day, when bullpens were the standard, warehouse rooms with men in columns and rows. No cubicles, no fabric half-walls. Everyone had a table and a coatrack and a willingness to talk to the guy next to you, in front of you, behind. We'd play the ball games on the radio in the summer, listen to carols in December, each of us whistling our own little tunes and forgiving those around us for doing the same. Good manners let us ignore the cacophony. Every other guy in that room wore short-sleeves because of the stains the ink and graphite would smudge behind, but not me. I wore long sleeves and rolled them up. That's the way my wife liked them; she said so when I came home on that first day from work. She ran her hand along my arm, slowly, like I'd seen ladies do in the movies. And she smiled and purred and rubbed her cheek on the slick cotton of my forearm. That was a good night. One for the books.

That was a long time ago. Drafting tables gave way to computers and CAD, and cubicles rose like my father's corn crops, the ones I'd sworn never to depend upon. The bullpen got carved up like acreage amongst squabbling heirs, the composite pieces adding up to a lot less than the whole. You lose something when you can't see the face of the man working next to you. We imagined slights from ten feet over. We started to mind when someone was making what we considered too much noise. When I got promoted, some thought it was because of the way I dressed: for success, they'd spit between drags on their cigarette breaks, like that was a bad thing. But that wasn't true, at least about the reason why. I didn't wear my shirts to get ahead. I wore them because my wife told me she loved seeing my cuffs poking over my wrists. Why I rolled down my sleeves in the driveway every night before I went into the house.

The day I retired, they gave me a pair of 24-karat collar stays instead of a watch. But I've never stopped wearing my dress shirts, even now that my wife and I no longer share the same bed. Now, when I go see her, I still choose what I wear with singular purpose. She still touches my arm, still likes the black ones the best. Even if she doesn't know it anymore, I still wear all my shirts for her.

Not For Sale
with a Photo by Britten Traughber 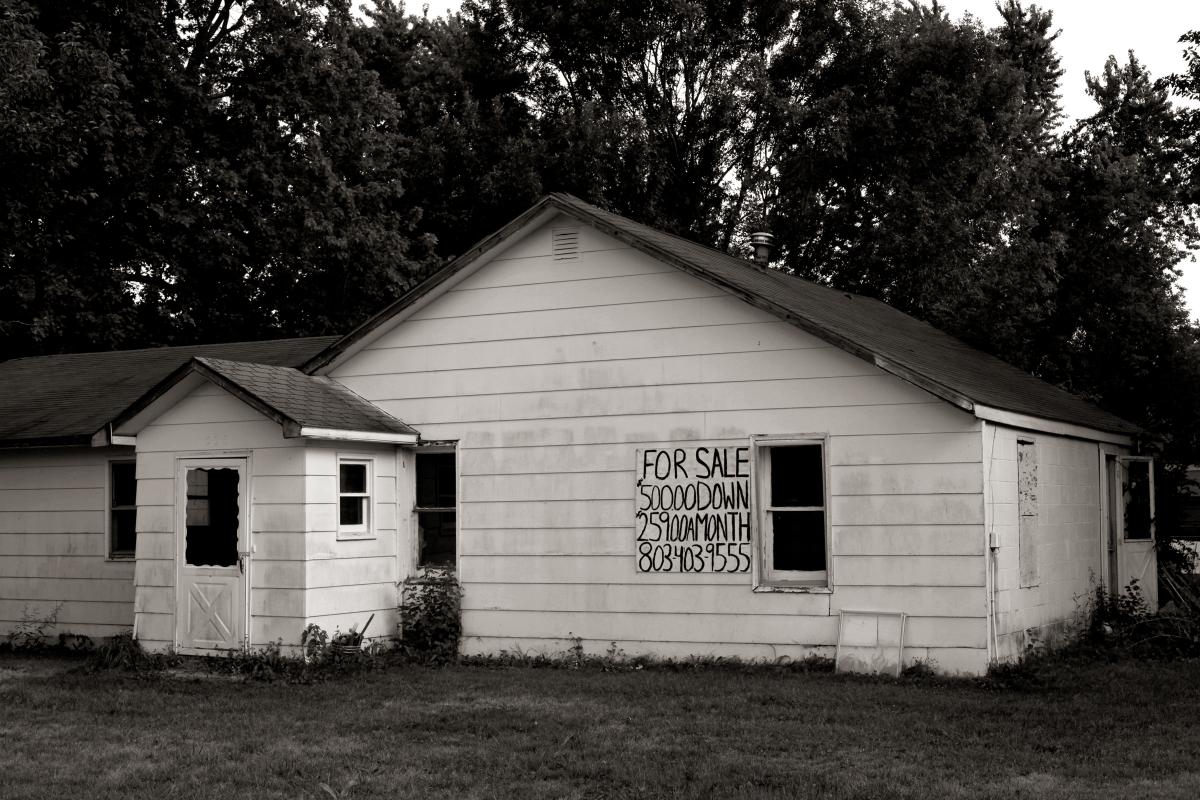 Everyone has something that's not for sale. Amy knew this, both as a realtor and as a woman who'd been attached to three long-term men over the course of her 37 years with no ring to show for it. This meant no divorces too, she liked to remind herself, but knowing that someone, sometime, thought she was the One? Would have been good.

She hated real estate. Didn't own a house herself, and didn't want to. She wanted someone to call when the sewer backed up, wanted someone else to shovel snow and keep the grass trimmed. Didn't want to think about re-roofing, painting the siding, equity. She was a renter, through and through. She wondered if this limited her options in men. In their twenties, men wanted sex. In their thirties, men wanted sex and a good place to grill.

But Amy was always one to take the practical road. She'd kept her bartending job instead of finishing college because she was making good money, but then the factory on the south end shuttered, taking most of her customers with it. She went to beauty school, but soon realized that she couldn't stand the nattering of old women, and quit. Daytime television was no help; she didn't want to massage anyone, or assist either dentally or medically. She saw the realty school advertised on a shopping cart, though she'd sworn never to tell anyone that.

It had been good so far. Or if not good, good enough. Which was the secret of selling a house, Amy knew, of selling anything. People don't buy a home because it's perfect; they buy it because they dislike it the least, and fall for that one thing. The fireplace. The kitchen. The perfect window for a Christmas tree. This is the faith of buying something over time: that the good will continue to outweigh the bad. That it's not ridiculous to put something down, throw yourself in headlong, and settle for hoping it'll all turn out.

Britten Traughber is a photographer and artist based in Hawaii. She holds an MFA in Photography from Illinois State University, and is a graduate of Bennington College. Britten's photography focuses on unique communities, women's issues and the socio/cultural/economic factors of everyday life in rural settings. She is collaborating with author Teague Bohlen on a long term project combining writing and images. Her work can be seen at www.brittentraughber.com