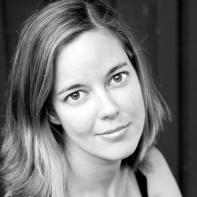 Alix Ohlin's novel Inside (Knopf) and her story collection Signs and Wonders (Vintage) were both published on June 5, 2012. She is also the author of The Missing Person, a novel, and Babylon and Other Stories. Her work has appeared in Best American Short Stories, Best New American Voices, and on public radio's Selected Shorts. Born and raised in Montreal, she currently lives in Easton, Pennsylvania, and teaches at Lafayette College and in the Warren Wilson MFA Program for Writers.

This interview was conducted through email by Interview Editor Jamie Acevedo. He said of the process, “I was extremely excited to have the ability to interview Alix Ohlin, whose work I have admired since reading her first short story collection, Babylon and other Stories. After reading and enjoying her most recent works, Inside and Signs & Wonders I was thrilled to have the opportunity to discuss the novel and short story collection with the author herself.” In the interview Ohlin discusses the evolution of her writing process and provides insight into the use of characterization and setting in fiction.

Superstition Review: In a recent interview your colleague Dean Bakopoulos wrote, “I have often marveled at the insight [Alix] displays when discussing the work of others—whether we're talking about literary greats or up-and-coming graduate students. She is simply one of the most intelligent readers I have ever met.” Can you discuss how your skills as a reader have affected your writing? Which authors have had the biggest influence on you?

Alix Ohlin: I think of reading and writing as intertwined processes; each one affects the other. Being a writer has made me a particularly engaged and rigorous reader—when I read something I love, I'm trying to take it apart in my head, to figure out what makes it tick, and how I could learn from it. When I read something that I don't think is working, I'm trying to figure out the how and why of that, too. In terms of writers who have influenced me, there are too many to count. Part of being a writer is seeking out the work you need to read at each moment, because of whatever you're trying to learn how to do and the ways in which you're trying to grow. In recent years, I've been influenced by The House in Paris by Elizabeth Bowen, The Prime of Miss Jean Brodie by Muriel Spark, and the short stories of Daphne Du Maurier.

SR: Both Babylon & Other Short Stories and The Missing Person were widely praised as debuts. How do you feel you've evolved as a writer between their publication and the writing of your new books Inside and Signs & Wonders?

AO: My writing has evolved in response to change in my life—I'm older now, and less concerned with writing coming of age stories at the moment—and I've also tried to set myself new challenges so that I can continue to grow as a writer. So, for example, in Signs & Wonders, I was playing with genre a bit, which was new to me; the collection contains a ghost story, a (sort of ) murder mystery, and a romance, all forms I hadn't worked with before.

SR: Describe your process for writing and how you come up with the plots for your short stories.

AO: The stories come from all different places: personal experiences, eavesdropping while on public transportation, random news stories, other writers' work, gossip, and invention. I start with a character, usually, and try not to outline too much about the plot in advance. I find that if I know too much about where I'm going, things get stale before I arrive there.

SR: "The Ghost Writer" in Babylon & Other Short Stories presents creativity and competency as conflicting qualities. On the one hand Karin is the more artistic character as she chooses to pursue the story in a less formulaic way then Donald St. John, however she is the copy editor and he is the fiction writer. Can you elaborate on this theme? How are technical proficiency and creative insight related?

AO: I don't think of it as a dichotomy myself. In this particular story, the main character Karin has defined herself as a competent rather than a creative person, largely because for years she has been focused on raising a child and running a household and making enough money to support that life, rather than on creative pursuits. The story is about her breaking out of that old identity, which doesn't fit her anymore, and crafting a new, more complete one.

SR: One of the compliments you have received most often is that you accomplish a level of intimacy in your characters that allows your readers to fully relate to their emotional experiences. Please discuss your process for creating characters.

AO: I'm drawn to fiction through character, and through my curiosity about people, so more often than not it's characterization rather than plot than serves as the engine for my work. I build the characters through the writing itself—mostly, putting characters in scenes and seeing how they act, or writing about their pasts and seeing what may have formed them into who they are. I think characters reveal a lot about themselves when they're under pressure—when they have to face a problem or threat or loss—so part of writing them is being willing to let them acknowledge those difficulties, or sometimes make mistakes.

SR: I'd like to discuss William Giraldi's recent review in the New York Times of Signs & Wonders and Inside which starts with the dichotomy that "There are two species of novelist: one writes as if the world is a known locale that requires dutiful reporting, the other as if the world has yet to be made." It seems apparent from Giraldi's own writing style and his criticism of Inside that he favors the latter of these two approaches. Can you discuss your own personal philosophy on this topic?

AO: I haven' t read the review or any of Giraldi's writing, so can't comment on this.

SR: Giraldi ends his review with a qualifying disclaimer that his review of Inside is not motivated by a personal aversion to "women's literature.” Do you buy this argument and can you discuss your feelings on whether there is a prominent gender bias in the modern fiction market?

AO: Again, I can't comment on his argument in particular. I do think, in general, that there are issues of gender bias in contemporary fiction. Organizations like VIDA (Women in the Literary Arts) have done excellent work in counting the number of books and reviews published by and about women compared to men, and the statistics are revealing. There are also issues regarding the reception and categorization of work by women—who the audience is considered to be, and how much prestige is attached. I highly recommend an essay by the novelist Meg Wolitzer entitled “The Second Shelf,” which appeared in the New York Times in March 2012 and very clearly lays out the reality of this subject. Of course, it's important to note that gender isn't the only bias out there—there are issues surrounding race, class, ethnicity and region as well.

SR: In your novel The Missing Person, the protagonist Lynn Fleming asks, "Can an experience feel degrading and like an honor at the same time?" and then notes "Yes, of course it can." How, in your opinion, can a writer benefit from criticism? And as a teacher of creative writing how do you approach giving feedback?

AO: As a teacher, I want to give feedback that is clear and rigorous and constructive. I take students' work seriously, because I want them to take themselves seriously. I try to build on the students' strengths and to coax out their ability—a positive approach that is nonetheless very intensive and not just patting them on their heads. Writing is a long process, not a single event, and we all need other eyes on our work to help us see it better and figure out how to take it to the next level.

AO: I'm in the early, very exploratory stages of a new novel. It's so early that I'm not even sure what it's about yet. That's part of the fun of writing, for me—the process of discovery by which a book gets made.