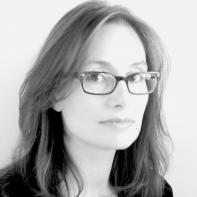 Dana Spiotta is the author of the novels Lightning Field (2001); Eat the Document (2006), which was a National Book Award finalist and the winner of the Rosenthal Foundation Award from the American Academy of Arts and Letters; and Stone Arabia (2011), which was a National Book Critics Circle Award finalist. She was a Guggenheim Fellow in 2007 and received the Joseph Brodsky Rome Prize in 2008. She teaches in the Syracuse University MFA program. Photo by Jessica Marx.

This interview was conducted through email by Interview Editor Justine Pallas. Of the process she says, “I loved Stone Arabia and the way Dana tackled themes of fame, aging and sibling relationships all at once without depriving any of them of attention. In this interview she discusses the complexities of Stone Arabia's characters, musical influences and her own literary fame.”

Superstition Review: Your most recent novel, 2011's Stone Arabia, was a finalist for the National Book Critics Choice Circle Award. How long did it take you to write? Can you describe the process?

Dana Spiotta: It took me three and a half years. In this particular book I had the characters first. I knew that I wanted a brother and sister, and I knew that I wanted him to have a life-long art project. I knew I would write about the moment when this sibling pair reached a breaking point. But I had no idea what that would be or how it would unfold. As I wrote, I saw that the novel would work best if it were narrated from the sister's point of view. Once I had her voice and I understood how she used language, she became the main character. Her crisis really drove the novel for me.

SR: Why did you choose to set Stone Arabia in 2004? What about that year made it work for the novel?

DS: I am interested in locating my work in a specific time and place. I chose 2004 because that was such an awful year. I had this current events thread in the book, and I wanted to populate it with real as well as made-up events. I chose 2004 because of the election and other events. I also wanted the novel to be slightly in the past, pre-Facebook but post-Wikipedia. I didn't want to write directly about social media, but I wanted Nik to be an inversion of social media. He is all about a performance of himself, but it is more like anti-social media, made lo-fi and private.

SR: The character of Nik aspired to rock star status but never achieved his desired level of fame. Now, he spends his time writing The Chronicles, a fabricated record of the career he never had. Who is he revising history for? Is he concerned with his legacy, or with changing his own memories?

DS: Those are good questions. The novel never gets into Nik's head, so we don't know what he thinks about it. But I would say it is his way of keeping himself whole in the face of the world's indifference. His refusal of how other people value him and his work. It is perverse, and it is a way to rewrite the past. His will against history. On the other hand, his solipsism comes at a price. I wanted it to be complicated.

SR: Who do you write for? Do you ever have a specific audience in mind?

DS: I write what about interests me—I really write to discover things. So I imagine my ideal audience is someone who cares about novels as much as I do. But I am happy to have any audience at all.

SR: Since music plays such a large role in Stone Arabia can you talk about your musical influences? How have they affected your writing? Do you listen to music while you write?

DS: I usually don't listen to music when I am actually writing. I do listen to music when I am thinking about what I have written. When I take a walk, for instance, or go for a run. When I do house cleaning. So many ideas come in these off moments. My musical tastes are eccentric. I used to work in a record store. I used to collect records. It wasn't hard for me to figure out what Nik's musical references would be. I imagined the Demonics would sound like The Soft Boys and Television. The Fakes would sound like Big Star and The Only Ones. I also listened to a lot of home recorded records from that era. I have a bit of a fetish for 70s pop culture, which extends to music.

SR: Other themes that persist throughout Stone Arabia are aging, the obsession with youth, and memory loss. If Nik is obsessed with youth and struggling with the inevitability of old age whilehis mother loses her memory in hers, what role does sister Denise play?

DS: Nik and Denise are both confronted with the fact that they are aging. Their mother has dementia, and they both react in different ways. Nik ignores it, but he has been revising the past for years anyway. Denise is the caregiver, and she is not in a position to ignore her mother's illness. She reacts by becoming paranoid about losing her own memory. One of the things this novel explores is the way memory works within families. How we corroborate our memories against the memories of other family members. How when we measure the distance between things, we need a constant, a non-variable, a fixed point. I was interested in how much of our identities are caught up in our memories. And if one is failing (the mother) or distorting (Nik), it can feel as though you are losing yourself (Denise). Her need to hold on to what "really" happened is also a way of locating her anxieties about mortality in something she imagines she can control. A need for a fixed point.

SR: You said in an interview that you are more interested in writing about losers than about winners. What makes losers more appealing?

DS: I don't consider them "losers," but our wealth-obsessed culture considers them to be losers. I am interested in human beings under pressure, and lack of money creates a lot of pressure on people. I would say I am interested in writing about people who live at the margins: radicals, eccentrics, artists, misfits, criminals, subversives, punk rockers, Amish. I think of novelists as in this category as well.

SR: Your 2009 novel, Eat the Document, takes place in the early 1970s and then fast forwards to the 1990s. What drew you to the radicalism of the 1970s? Will you describe the process you used to manage the two time frames as you composed?

DS: I am always interested in how one responds to the suffering and injustice in the world. Or, how one responds to the things external to oneself that might overwhelm you. In this book, I was interested in how people responded to the Vietnam War—the crucible for that very important generation. We are still in the wake of the dramatic cultural changes that happened from 1965-1975. The recent past is an interesting way to look at the present, at least for me as a writer. I was interested in idealists, and I was interested in people who try to make the world a better place. There were some terrible consequences to it, as well as some amazing transformations (e.g. feminism, environmentalism). I am drawn to the complexity and the drama of that era. My process was to switch off from one to the other rather than compose one entirely and then the other. They have to speak to each other, and the juxtapositions are crucial. I knew they would meet in the end, but I had no idea how or what it would look like. Once I had a draft, I had to do a lot of revision. The timelines were difficult to sort out. History would not cooperate sometimes! At that point I would remove one thread and read it consecutively to make sure it worked. Then I would put it back.

SR: Stone Arabia is largely a novel about fame and the failures associated with not achieving it. What sort of effect has literary fame had on you?

DS: I am grateful to have readers. I feel incredibly lucky. But if I were unable to get published in the future, I would still write in hope of one day finding an audience. I don't think being published changes anything except your relatives don't roll their eyes when you say you are working on a novel.