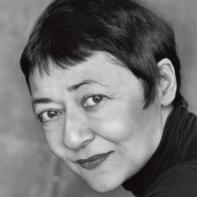 Sigrid Nunez has published six novels, including A Feather on the Breath of God, The Last of Her Kind, and, most recently, Salvation City. She is also the author of Sempre Susan: A Memoir of Susan Sontag. She has contributed to many journals including, The New York Times, Threepenny Review, Harper's, McSweeney's, The Believer, and Conjunctions. Her honors and awards include three Pushcart Prizes, a Whiting Writer's Award, a Berlin Prize Fellowship, and two awards from the American Academy of Arts and Letters. She lives in New York City.

This interview was conducted through email by Interview Editor Jamie Acevedo. He said of the process, “I first became aware of Sigrid Nunez's writing when her novel A Feather on the Breath of God was referred to me by an American Literature professor, which led me to read the rest of her work. Sigrid Nunez is one of my favorite contemporary writers and I have been thrilled with the opportunity to discuss her work with her.” In the interview the author discusses her recent memoir of Susan Sontag, as well as her novels, and provides insight on the writing process, impartiality, and suffering in fiction.

Superstition Review: I'm interested to know if the writing method of Nona from Naked Sleeper described on page 20 is semi-autobiographical. Can you describe how you draw inspiration for your novels and your process for developing them into finished works?

Sigrid Nunez: Like my character Nona, I do try to write in the mornings, which is the best time, but it doesn't always work out that way. I don't have a nice backyard to look out on, alas. As for inspiration, I like to quote Chuck Close: “Inspiration is for amateurs; the rest of us just show up and get to work.” What I try to do is show up and get to work, and it's while I'm working that ideas come to me and I just keep going from there. Everything comes out of the process—out of the work itself.

SR: Salvation City deals with themes of religion and spirituality in the face of crisis and loss. The novel provides an intimate portrait of the psyche and culture of Southern Indiana Christians and their conflict with secular liberals without expressing bias. Can you discuss the importance of remaining impartial when writing about controversial topics like religion?

SN: It's important to say that the book is not a portrait of any religious group but rather a story about individuals, some of whom are secular liberals and others of whom are members of an evangelical church. It never occurred to me that in writing about these people I should take sides. Although I do write about their political and religious beliefs, I tried to go deeper than those beliefs, hoping to give each character his or her full humanity.

SR: The character of PW experiences a Jobian fall from Grace in which he loses his natural gifts of health and charisma. In response to his seemingly unwarranted change in fortune PW tells Cole “If it was part of God's plan, then suffering was not an evil but a blessing.” Will you discuss how suffering can be used to evoke introspection and growth in fictional characters? Do you have any favorite characters from literature who have had similar experiences?

SN: Mo Yan, the winner of this year's Nobel Prize for Literature, has said, “As long as humans live, there is pain.” Literature, of course, reflects this truth. I don't think there are any serious works of fiction, not even hilariously comic ones, in which the main character or characters are not shown to be undergoing some kind of suffering or pain. It's one of the main reasons why people write fiction, to try to come to terms with the existence of human suffering, and it's one of the main reasons why people read fiction as well. But Pastor Wyatt's view that suffering is a blessing is not my view. I can think of plenty of suffering that I'd call pure evil, the result of atrocious human behavior. And as a nonbeliever, of course I don't believe in any god's “plan.”

SR: The protagonist Cole laments that he feels as if “some force was sitting on top of him, squelching and trapping him and preventing him from growing into who he was supposed to be,” and later in the novel that “he was too young, he was too weak and powerless and dumb.” Can you discuss the theme of an arrested coming of age as it appears in Salvation City?

SN: I wouldn't say Cole's coming of age is arrested in any way. I think he's having a stormy but typical experience of coming of age, which is to say a very complicated and difficult one. The feelings you quote here are surely familiar to many adolescents. I remember feeling something like this myself; I think most of us go through the kind of stage Cole is shown going through in the novel.

SR: A Feather on the Breath of God deals with the difficulty of establishing identity for bi-cultural children and features a protagonist of mixed Panamanian, Chinese, and German descent like yourself. Can you elaborate on how your cultural background has contributed to your unique authorial voice?

SN: Well, that's a big question, one that I tried to deal with in the book. In fact, it's a big part of the reason that I wrote the book. I don't think I'd be able to summarize it.

SR: Your memoir Sempre Susan portrays the late Susan Sontag and the somewhat unconventional living arrangement you shared for a short time with her and her son. What was that time like for you? Could you compare the differences in your experiences writing memoir and fiction, and did you find one preferable to the other?

SN: That's what the memoir is all about: what that particular, very important time in my life was like, and again, I wouldn't want to try to summarize it here. As for genre, I've written six novels and only one memoir, which certainly suggests a preference for fiction writing. The big difference between writing my novels and writing Sempre Susan was that with the memoir, of course, I didn't have to make anything up. Everything was already there, the characters and the story. This made much of the writing process significantly easier, or at least more straightforward, but I find that all writing is quite difficult. Getting what you want to say into decent sentences is always extremely difficult.

SR: You've mentioned that you were resistant to taking Sontag's criticism of your own writing because you were not as big a fan of her fiction as you were of her essays. Which authors do you admire as fiction writers and which has had the greatest influence on your work? How about with memoir?

SN: In fact, though it's true that I admired Sontag's essays more than her fiction, that's not really why I resisted her criticism. The truth is, as a beginning writer I was just too naive, insecure, and oversensitive to know how to take any criticism.

When I was much younger I had a list of favorite writers: Dickens, Proust, Woolf, Nabokov, John Cheever, among many others. But that's changed. For me, there's so much great writing out there, and the list of writers I admire is always growing and changing. And in fact, I tend to be influenced at least to some extent by every writer whose work I take seriously. I can't think of any particular memoir writer whose work influenced the writing of Sempre Susan. If anything, I was thinking of my own first novel, much of which is autobiographical. I wanted to use something of the same form and to capture the same tone.

SR: I was struck by a line in The Last of Her Kind when the protagonist Georgette says about her mother, "Now that she is dead, when I think of her what I feel is mostly pity. She has become what memory often makes the dead: more sinned against than sinning." Sempre Susan is notable because it recounts the late author's many flaws in addition to her gifts as a writer. Writing your memoir of Susan Sontag so many years after her death, how important did you feel it was to avoid sentimentality?

SN: I thought it was of the utmost importance. Otherwise, the writing would not have been honest. But that would be true no matter what I was writing, fiction or nonfiction. All writers have to be scrupulous in this regard, because sentimentality is fatal to good writing.

SR: In The Last of Her Kind you write that, "There's always something about the do-gooder that gets under people's skin." Can you discuss how this statement applies to the character of Ann Drayton and how it is implicit in not just her downfall but the demise of revolutionary counterculture of the 1960s? Does it apply to other characters you have written as well?

SN: I can't think of another character of mine to whom this remark would apply, and I don't think it would be accurate to apply it broadly to what you call the demise of the counterculture. It was really meant simply to be an observation about how people in general respond to someone they see as a do-gooder. My experience has been that such people often rub other people the wrong way. But of course it wasn't this that sent Ann to prison. What sent Ann to prison was her commission of a serious crime, albeit one that she herself believed was totally justified. And in prison, once again she devotes herself to doing good, and once again we see this behavior getting under other people's skin.