"In Memoriam" by Rachel Kadish 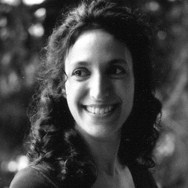 Rachel Kadish is the author of the novels From a Sealed Room and Tolstoy Lied: a Love Story. Her work has been read on National Public Radio and published in the Pushcart Prize anthology. She has received fellowships from the National Endowment for the Arts and the Massachusetts Cultural Council, and has been the Koret writer-in-residence at Stanford University. She is currently on the writing faculty of Lesley Universitys MFA program and is a Visiting Scholar at the Brandeis Womens Studies Research Center.

On a small planet in a meteor-dappled part of the galaxy, youth is a matter of some gravity. Children on this planet sleep, eat, and play close to the earth in the way of children everywhere; they pass afternoons coaching paper boats along creeks, scraping shins as they slide along fallen tree-trunks or shimmy up boulders the brief distance they are able.

Then, when they have finished growing tall, they grow up. Hairsbreadth by hairsbreadth, year by year, they rise. Small children in mud-rimmed shoes stoop to admire the feet of their adolescent siblings, hovering just above the ground. Adolescents, their minds fevered with plans, stare past the crowns of the younger ones' heads, then launch into gymnastics: leaping and parading, drunk on untouchability, they revel in their new freedom. Surface-bound children crane their necks, envious—even as their siblings, ungainly with unaccustomed altitude, learn humility from a collision with a wall or tree.

On this planet, parents of growing and levitating children are always tired. Night after sleepless night they scoop wailing infants into their arms and, singing until they have exhausted their voices, tread the length of the hallway a foot above the floor. In the daytime they strain their backs hoisting their children for embraces by grandparents, who walk on high: helpless before memories sharp as glass etchings, bending stiffly once more to touch the downy spot at the top of an infant's head.

Parents must set their young children down on the ground; there is no other way. A child not set down cannot learn to walk. Ever after, parents know, a distance will separate them, small but unbridgeable. Those parents who refuse to give their child over to gravity are dragged down themselves—gravity sinks their heads and twists their spines. They may stand upside-down to continue holding the child as years loft them higher; despite all their efforts, the child slips, heavy, from their grasp.

The rhythms of nature on this planet are invariable; at morning and evening, winds pick up powdery dust and deposit it in great dunes and drifts. Trees, lakes, shimmer in the light of the nearest moons; flocks of birds sift themselves on the horizon and the generations sway, casting laddered shadows on the plains.

Most, here, are content with their position—glad of their nearness to the generations above and below them, gratified to leave behind the clutter of each subsequent layer of atmosphere as the years pass. Still, there are many who try in vain to alter their station: the high-heeled and the slouching, and the children forever jumping in their play, eager to tag doorways and awnings beyond their reach. Some will take advantage of the least passing wind-current to outsmart time. Sinking to a lower level or soaring briefly to visit a loved one, they shout endearments or advice until a gust returns them to their appointed stratum. Because the curious in spirit may be found at any age, it is not uncommon for soulmates to catch rumor of each other and begin a loving correspondence across a gulf of five or ten generations. Those who chance to discover a best friend or beloved in this manner often endure great loneliness, for their time together is uncertain, and even the most passionate of lovers will be torn abruptly from each other's arms. Some of the literature's most celebrated and tragic romances, tomes handed down from generation to generation and back up, relate the story of loves forbidden by gravity.

On this planet, books, houses, and treasured possessions ascend some distance with their owners. Searching for the stars on a clear night, one instead finds oneself gazing up into the untidy cellar of one's great-grandfather's home. As the aging climb, however, they find that condensation in the cloud region makes their possessions unbearably weighty. It is then that they begin to drop their material burdens. Old age, too, is accompanied by weariness; flexibility and hearing suffer, joints become arthritic, and the elderly, sailing ever higher, must tread carefully as they pass through the clouds so as not to awake some new ailment. Life's newest conveniences, passed up to them by well-meaning great-nieces and great-nephews, are accepted with a smile, then secretly dispatched of at first possible opportunity.

Above the clouds, where the winds are quite calm and there is no longer any need for shelter from precipitation, houses are unnecessary and so they, too, fall away. Without roofs of wood or cloud to hide the sun's progress, watches and clocks are forgotten; diet is ethereal, ending any demand for the complicated piping systems that make plumbing an art form in the lower strata. Close to the planet's surface, it is a given that a great-grandfather cannot waltz with his wife without the risk of treading on a teenager's head. But higher, where the true elders are, it is not crowded. Far from the surface of the planet, orbits widen; even those in one's own generation are far away, harder to hear and see. As the elders advance, their ever-widening vista obscures nearer images, and the view of the planet spread below is dazzling.

They do not need shoes. Excused at last by the taskmaster gravity, their bones curl until they are no longer the all-enduring masts of the body's ship, but rather the graceful sound-chambers of harps: delicate and resonant. Heaviness is for the young. The ancient, freed from the pain of bodily afflictions, succumb to wonder. Dispersing more widely with every passing year, they learn to communicate without language. Words, easily confused at such an altitude, are left behind. Mouths slack, memories floating untethered, the elders sound the depths of space to find each other.

The first men and first women orbit the planet, dancing in forms unknown below. Silver in hair and eye, they shape reels and cotillions and constellations. They watch the flashing meteors, and the moons of their solar system, rising.