"I Need a Miracle" by Brenda Miller 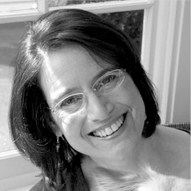 Brenda Miller is the author of Blessing of the Animals (EWU Press, 2009), which received the bronze medal in ForeWord Magazines Book of the Year Award. She is also the author of the essay collection, Season of the Body (Sarabande Books, 2002), and co-author of Tell it Slant: Writing and Shaping Creative Nonfiction (McGraw-Hill, 2003). Her work has received five Pushcart Prizes and has been published in Fourth Genre, Creative Nonfiction, Brevity, The Sun, Utne Reader, Georgia Review, Seneca Review, and Witness, among other journals. She is a Professor of English at Western Washington University and serves as Editor-in-Chief of the Bellingham Review.

I Need a Miracle

1979: I'm twenty years old, squatting in my parents' living room in the San Fernando Valley, trying to translate my favorite eight-track tapes to cassette for my drive up north. I'm starting over, going to college in Arcata after a few detours that left me stranded back home, a daughter again, under my parents' roof. Playing Grateful Dead, Neil Young, Heart-all those anthems I listen to in the privacy of my bedroom, my car, the songs cranking me open, and now here I am, with my father, exposed. Bob Weir's belting out the Dead's  “I Need a Miracle,” and the lyrics make me blush: “I need a woman 'bout twice my height/ Statuesque, raven-dressed, a goddess of the night…”

My father doesn't seem to notice: he kneels on the shag carpet, focused intently on how the music might get transferred from one kind of tape to another without too much distortion. For him, it's a technical problem, not an emotional one. My father's an engineer, and he has figured out some system to do this—we've angled the machines toward one another, at just the right distance, so the music will fly through the space between and be captured without interference. We have to be very quiet, have to make sure none of the sounds of everyday life—my mother washing dishes in the next room, the scuffle of our knees on the carpet-slip accidentally into the mix.

I know I'm already scripting that drive up north, the way the Dead will accompany me as a soundtrack, making it all feel like a quest rather than the halting and bumbling transition it is. I think of my father kneeling with me, and all around us the music to which I had danced high on acid, music to which I'd made love in the rain, music that had shimmied in my blood like narcotics…. and here is my dad fiddling with the machines, not saying a word, but just trying to help his daughter find the armor that might protect her as she ventures out again into the world.

Something goes wrong, I don't know what, and I blurt out shit! He looks up, so startled and hurt. I say sorry, but this is important to me, in that way I had back then, so absorbed in the trappings of my own life I had little regard for others. He says, I know, I know, be patient, we'll get it right. And he keeps at it, slips the thick black box of the eight-track into its player, synchronizes it with the slim cassette player, each of us quiet, quiet, looking into each other's eyes, his finger on record, my finger poised on play.

“A Touch of Grey,” “Althea,” “Uncle John's Band”: all my favorite songs built to a moment when the music itself disappeared and we floated on a raft the music left behind…And it's real and it won't go away, oh no/I can't get around and I can't run away…we felt the Dead playing us, teasing us into a realm where the dead and the living co-abide, a world where no judgment exists, no striving, no pain, only your pure self stripped bare…. Too much of everything is just enough/ One more thing I just got to say/I need a miracle every day! The Dead knew how to create chaos and then a clear path out of that chaos; they knew how to break you and put you back together again.

But how could I explain any of this to my father, as he knelt beside me on the carpet, in a home filled with carefully manicured plants, the smell of roast chicken from the night before, the ceramic Shalom hanging cheerfully on the wall in the entry? This man whose inner self I had never glimpsed, or bothered to glimpse, only looked at him sideways as I slid out the door. I got a fleeting glance of him in his recliner, the big ashtray beside him on the oak end table while the Lakers flickered on the television. I thought I had nothing in common with him, that he would never understand me, that I was superior to him because I had found this music, because music had redeemed me.

But now, over thirty years later, I see a father reaching out to his daughter in the way he knows best: through fiddling with a technology that has outlived its novelty, the eight-tracks already clumsy in comparison to the sleek and light cassettes that have replaced them. He is helping his daughter transcribe the music she loves from one medium to another, both of these recordings dependent on magnetism to catch and inscribe sound forever. My dad and I knelt for hours on the carpet, and we watched the music unfurl from one to the other, and the Dead sang it again and again: “I need a miracle, I need a miracle, I need a miracle every day.”

That's how I felt when I was 18, and 19, and 20, that the world needed to offer miracles to me continuously, that I deserved them, and they could never be forthcoming in this living room, with this father, and with this mother making lunch out of sight, with these brothers who seemed to hate me, with this neighborhood and its studious conformity—each tract home gazing blandly at its neighbor, the children circling the block, the sedans driving the speed limit up the cul-de-sacs, these dead-end streets. No, I thought miracles could only be found on the open road, music blaring out the windows, the many tracks of my life converging in a flash of harmony.

But now I see it, the miracle that had been there all along: my father kneeling with me, that house holding me safe until I decided not to be safe anymore. I didn't yet know that I'd leave that house and stumble into an affair with an alcoholic, that I'd waste the rest of my college years trying to console a man who would not be consoled. That I'd listen to the Grateful Dead for hours on those cassettes in a dark room by myself, the music steadily losing its power to redeem. I'd get pregnant, have a miscarriage, be wounded in ways I couldn't even fathom, and I'd keep listening, wishing I could hear a trace of my father or my mother. But for now, I just want  the music to transfer cleanly, purely, and I'm kneeling with my father, fiddling with the controls. Behind us sits my parents' heavy console with its turntable hidden beneath a little door, and all the records my parents love lined up in their sleeves: the soundtrack to West Side Story, or Herb Alpert and the Tijuana Brass, with its cover of a woman swathed in a wedding dress made only of whipped cream. As a child I used to stare at that cover for hours, wondered how it felt to wear something so cool and sweet, a dress that could dissolve in an instant. I wondered how she looked so pure and yet so naughty in her shroud of evaporating white.

I wish I could hear it again, all of it: Herb Alpert on the turntable, the brass instruments warbling their pleasure, while my parents sit in their matching recliners, smiling uncertainly at me as I slip out the door. Jerry Garcia crooning from the stage—I told Althea I was feeling lost/Lacking in some direction…his lips kissing the microphone—or Bob Weir belting out, I need a miracle every day! And I want to hear it with the ears of someone who is twenty years old and just learning to pray, someone who believes in transcendence, a girl who knows that all worship rises first in the body, peeling away all obstacles until the world becomes clear and still. But such a thing, I know, is impossible, because that girl no longer exists, and Jerry Garcia died of a heart attack, and the Dead are gone, dispersed. Herb Alpert is gone and so are the eight-track tapes, and even the cassettes that always ended up catching and pulling out in a mess of long black ribbons that could no longer sing. The music I listen to now arrives out of nowhere, ephemeral, and there's no way my dad could catch it for me, there's no way he can bend on his now-replaced knees and say don't worry sweetheart, we'll figure it out, we'll be sure to get it right.