"Sam Shipper and the Rock: Fiction Writing 101" by Lynn Levin 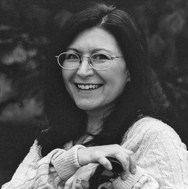 Lynn Levin is a poet, writer, and translator. Her newest poetry collection, Fair Creatures of an Hour, was a 2010 Next Generation Indie Book Awards finalist in poetry. Her previous collection, Imaginarium, was a finalist for ForeWord Magazines 2005 Book of the Year Award. Lynn Levins poems have appeared in Ploughshares, Boulevard, Washington Square Review, Southwest Review, Per Contra, 5 AM, Boulevard, Mad Poets Review, and on Verse Daily and Garrison Keillors radio show, The Writers Almanac. She teaches creative writing at the University of Pennsylvania and at Drexel University where she also produces the TV show The Drexel InterView.

We daisy the desks into a circle, and speak of desire death-strong,

gasoline of plot, poison that sucks the fictional character:

or real-life Rebecca burning for Benjamin.

who will probably have an operating system

named after him and big bucks, speaks up.

“What about real people who don't know

what they want in life? What about Camus's Stranger?

The guy just goes with the flow then

there's that part about the indifferent universe.

We're all condemned,” Sam presses, “to roll a rock

up a mountain, see it fall, roll it up again.”

having aped the party line on fiction writing.

squeezed into a black leather jacket

passionately arguing the absurdity of life

“What can you yearn for anyway in a meaningless world

behind which all is collapse and nothingness?

As Camus says in The Myth of Sisyphus:

the problem of philosophical suicide

is something every lucid person must consider.”

Just then the classroom lights wink out.

the motion sensors think: no one's home, lights out.

arms wildly over heads so that we look

like golden agers doing the hokey pokey in our chairs.

“Duder, you have so much to live for. Don't give up,” pleads one classmate.

“Yeah, man. That's a permanent solution to a temporary problem.”

“Trust in the Lord,” says a religious person. “No seriously.

God has a purpose for us. We can talk after class.”

“It's the serotonin,” drawls somebody.

“Yes, Meursault, the absurd hero,” I break in

desperately trying to steer us from the personal

then fall to thinking of my own college days

when the great questions throttled with the strong grip of youth

just that the Vietnam War was so terrible,

passionate protest the only truth, and I too read

of the back-rolling rock, the plague, the rats, the happy city.

A week later Sam Shipper's midway into his short story.

His hero, Will Webster, standing in the middle

of a deserted landfill, is about to push the button on his suicide vest

when Will realizes the air's choppy with seagulls,

into the succulent sack of chemicals that is Will Webster.

Hero decides he does not want to be gnawed and pecked.

So where to? Sam asks.

soldier of fortune, out to assassinate the hairy nihilist

in the caves of Tora Bora. Only it's like Whack-a-Mole out there.

All those caves, all those fighters. Mountains lousy with boulders.

Then Phil Flintlock begins to doubt his mission:

how to be moral andan assassin…

Exhausted middle-aged. Between wife and work

his desires are mostly the desires of others. At a loss,

“Cultivate your gardens!” he exhorts his citizens.

But everything's too perfect.

Folks are bored out of their gourds.

And the next thing you know,

each humming his own tune,

each building his boulder.