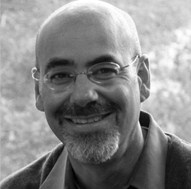 You get to live under this sky for a time
And some day you come to know you are
Your parents' metaphor.

A dish filled with animalia
In which you consume part of
Yourself. I mean part of your body.
Your taste is you.

For if you say this,
The universe is not you
And that is how you know yourself.

It is all zero and we are in an era
Of building today, the best kind,
An equation of human happiness.

We see in them a prayer of ambiguity,
All that is jungled in our minds,
All that our minds sit beside and want to destroy.

So we love them and talk baby to them,
Readjusting what it tastes like to breathe
Through their nose, to pee on their earth.