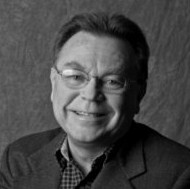 Alberto Rios's ten collections of poetry include The Smallest Muscle in the Human Body, a finalist for the National Book Award. His most recent book is The Dangerous Shirt, preceded by The Theater of Night, which received the 2007 PEN/Beyond Margins Award. Published in the New Yorker, The Paris Review, Ploughshares, and other journals, he has also written three short story collections and a memoir, Capirotada, about growing up on the Mexican border. Regents Professor and the Katharine C. Turner Chair in English, Rios has taught at Arizona State University for over 29 years.

Superstition Review: With your many literary accomplishments, including fellowships from the Guggenheim Foundation and the National Endowment for the Arts, how are you able to balance both a writing career and teaching?

Alberto Rios: I don't think of them as two efforts. In teaching, if I'm doing it right, doing it well, I am foremost always teaching myself. This sends me better-equipped to my writing, and energized, not enervated. Reciprocally, my writing, for its part, sends me back to my teaching with questions that need to be answered. This give-and-take energy is sustaining. To separate the teaching and the writing would be a mistake for me. Now, this answer is what I always say, and it's true. But the underlying and perhaps greater simultaneous truth is that balance is always difficult, if you have to think about it. Balance, after all, is not only intellectual—it's physical. In this physical sense, I feel for the right moves in my writing and teaching, for the right things to do on any given day. Sometimes I go way too far one way, but knowing that I will balance myself by going the other way in equal measure—maybe not on the same day and maybe not even in the same week, but I will catch up. It's a long act of patience, and everything is ultimately served. The problem, of course, is that all things do not get well-served on one day. It's a bigger picture we have to live, and I simply feel my way through that balance of teaching and writing—but I feel it's a balance that is not at all antagonistic, no matter how it looks to someone else.

SR: Your website states that you were recently selected by the Arizona Commission on the Arts as a librettist in a musical project commemorating the Arizona Centennial. In light of this achievement, how has writing for music been different from writing for literary purposes?

AR:I have, for many years, written what I call “poems of public purpose.” These are not the same as the poems I write and publish in books and journals, but are instead vested with a different intention, a sense of serving. This is a sensibility that matters to me, trying to speak for myself in most of the work but then also trying to give voice to those people and things that would otherwise be silent or, worse, silenced. In these kinds of works, the idea guides me, not the reverse.

SR: Why did you choose to call your most recent collection of poetry, The Dangerous Shirt? How can a shirt be “dangerous”?

AR: Perhaps the question can also be asked, how can a shirt not be dangerous? The poem has fun with the idea of possibilities based in logic. It is about having ironed a shirt, which then sets the shirt apart from other shirts. We are more likely to wear an ironed shirt for a particular occasion, and so the shirt stays in the back of the mind, ready for duty. What this suggests, of course, is that we ourselves are the agents of our habits. We make the world that we then wrestle with. If we iron the shirt, then we will wear it.

SR: In a 2002 interview with Leslie A. Wootten, you mention an attempt in both your poetry and life to bring our daily habits into the foreground. Why is it important for you to make this distinction in your poetry?

AR: The edges of life—the explosions and the floods, the new scientific discoveries and the general noise: everybody knows how to go there and report on them. Newspapers cover these all the time.Time and Newsweek and the Internet, USA Today, the New York Times—literally, everyone knows the loud to be at issue. But while that is certainly true, the small things, the things that constitute 98% of our lives—isn't this where the real action is? Who speaks for the quiet? It's not perhaps as dramatic, but it is indeed abiding, and it is the truth of us, not us in our transience. We might immediately think of this as boring, but I would say that this, then, is the greater challenge for a writer,to find news where nobody else can.

SR: I like your comment in the interview about “seek[ing] out the edge, the epiphany, the finger snap that exists in the middle…” for your work. Turning to your poem, “The Injured Thumb,” how does it reveal an “epiphany” or “finger snap” of daily life?

AR: It is a simple thought experiment, starting with the very basic premise: I hurt my thumb a little. There would, literally, seem to be no news in this. That was the challenge for me, and where the epiphany shows itself. There is news in everything, but finding that news and then being its champion reporter—this can be difficult. It can also be fun. Is an injured thumb news? I say, yes.

SR: In the same interview with Leslie A. Wootten, you state that “words are wonderful suitcases that hold ideas for us…Even so, they don't know everything and aren't always necessary or aren't always the answer…I don't run in Spanish, for example—I just run. Still, we live in a world of words. It is simply an imperfect world. ” Expanding on this statement, how is poetry able to fill the gap between words and experiences? How is it able to express what words cannot convey?

AR: Words are, by default, limiters. They say that something is something. What they do not entertain is that they are not entirely correct, or that they don't tell the whole story, or that three other things might also be true about something. Words are vested in the illusion of being accurate, and dictionaries are fearsome bodyguards for words.

Words are starting points—not ending points. They start a discussion, but do not wrap it up. If anything, at their best, they send us out into the confusion of things unknown. At their weakest, they tell us what we as human beings already know.

SR: In the poem, “A Man with Pockets,” a man's seemingly normal habit of pocketing objects manifests itself into a presentation of the materialism of consumer society. How does this interpretation align with your thoughts for this poem? What were your intentions when writing about a man with pockets?

AR: Much like “The Dangerous Shirt” and “The Injured Thumb” poems, this simple start—a man with pockets—suggests a first and ready idea: if you have a pocket, then you put something into it. I love the simplicity and utter strength of that reasoning. The protagonist in the poem does indeed go on to put the world into his pockets, as you suggest. But he does not do it as an idea—he does it as a physical reality. The Surrealists, for similar reasons, loved the flea market, because in this junkyard of thrown-away items things could be placed together that nobody ever thought went together, and in that moment possibility is born, sometimes very loudly. An old car radiator next to some sheet music might not at first make any sense, but out of that comes beauty and the beast, an old archetype, and in fact a compelling part of the human experience. In the poem, the protagonist puts so many things into his pockets that something, something, has to happen. The poem does not say what—instead, we are left with what seems like an absurd moment. But it is a moment that is about to make the world right.

AR: For me, this is a huge question, and really speaks to how I was raised, to the foundations of culture, to inherent language, and so much more about my life, not to mention my writing. The term, of course, has so many definitions, and carries so much baggage with it, that to begin to discuss it is always difficult. As English speakers, we hear “magical” and little else, but in fact the word magical is used in the phrase as an adjective to describe the real, which makes the idea more self-defining. In Spanish, the phrase is “loreal maravilloso,” or “the marvelous real.” This suggests an appreciation of the world and its possibilities, if not an explanation.

SR: On the 2009 edition of The Dangerous Shirt, published by Copper Canyon Press, there is a 1989 painting by the Columbian artist, Fernando Botero. As an artist known for his often satirical depictions of daily life, how do you feel about this artist's work being chosen for the cover of your collection?

AR: Well, in fact, I chose the painting myself. The moment I saw it, I knew it was the cover for this book. Depictions of daily life is a good way to describe the work of the artist, and that's what immediately appealed to me. What I also like about this painting of a man about to go out is that it is a story about to happen—which is right where I wanted to position the reader who picks up the book.

SR: While having your own writing aesthetic and at the same time giving instruction to other writers, how do you approach teaching?

AR: I think so much of teaching is based on two foundational questions. The first would be, "Have you said what you needed or wanted to say?" I can't do too much to help with this. We all have our lives and our imaginations. The second question, however, could be phrased as: "Have you said it well?" I can help with that. As a teacher, I think it's critical that I help others say what they want to say—not what I want to say—and that we work with the idea of saying it better than whatever form it might be first presented in. Teaching is not me giving something to a student, but my drawing out something a student inherently already has.