"The Chautauqua on West Woodlawn Avenue" by Daniel Nester 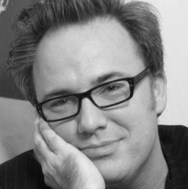 Daniel Nester is a journalist, essayist, poet, editor, and teacher. His new book, How to Be Inappropriate, a collection of humorous nonfiction, is just out from Soft Skull Press. Nesters first two books, God Save My Queen: A Tribute (Soft Skull Press, 2003) and God Save My Queen II: The Show Must Go On (2004), are collections on his obsession with the rock band Queen. His third, The History of My World Tonight (BlazeVOX, 2006), is a collection of poems. As a journalist and essayist, his work has appeared in a variety of places, such as Poets & Writers, The Morning News, The Daily Beast, Time Out New York, The Rumpus, Bloomsbury Review, McSweeneys Internet Tendency, and Bookslut.

The Chautauqua on West Woodlawn Avenue

My father will learn in 1981 that he is, by some measures, a genius.

When I am 13, he and I take an IQ test, called the “Mega Test,” published in Omni, a short-lived magazine published by Penthouse's Bob Guccione's son that mixed science fiction, technology breakthroughs, and other nerd-friendly fare. “There have been various tests devised over the years that make fine distinctions in the intellectual stratosphere,” the article reads. “The idea is to make a test so difficult that geniuses will get average scores, and only supergeniuses will be able to achieve the highest scores.” The questions try to stump the supersmart with spatial and numerical problems and analogies like:

We clear off the kitchen table and take the test at home on a rainy day.  My dad tallies up scores and I do well-8 right for an I.Q. of 134. I am smart, but not in the “Mega Genius” range.

My father's score, however, is through the roof-he gets 22 right for an I.Q. of 150.  Later, he takes an official test for the Mensa Society, a sort of club for high IQ types, and scores in the 140 range.

I am endlessly fascinated that a truck driver with a high school degree and back-of-a-dollar Eagles tattooed to his arm is also a genius, a kind of noble savage.

These two are not irreconcilable in my mind; rather, I pictured my father as a character in one of those clich‚Äö√†√∂¬¨¬© scenes from action movies, where a villain sizes up the file of the heroic stock character, usually a recluse, the passport photo paperclipped to the resume, with IQ scores and special-ops training all in one page. The fact that my father has confirmed his genius only confirms for me that my father is some kind of Rambo.

“You don't seem to want to accept the fact you're dealing with an expert in guerrilla warfare, with a man who's the best, with guns, with knives, with his bare hands,” Richard Crenna's character Colonel Sam Trautmen says to his superiors about the renegade John Rambo. “A man who's been trained to ignore pain, ignore weather, to live off the land, to eat things that would make a billy goat puke.”

I take the test for Junior Mensa, and score just below the 133 cut-off.  I am disappointed with my score-and disappointed more that my little sister, who could care less about these things, scores one more point than me. She could join Junior Mensa, but is more interested in trying out for the cheerleading team.

So my father joins Mensa. I am happy that my dad has gotten some hint that he might belong somewhere, might be with other people besides himself and his books, other than some reruns of The World at War. Maybe he has finally found a group of people he can relate to, talk to; people he would think were on his level.

A couple of months later, he makes plans to attend Delaware Valley Mensa's Philosophy and Discussion Group talk on Robert Pirsig's Zen and the Art of Motorcycle Maintenance. Again I was excited. I know my dad had already read the best-selling philosophical novel-essay, subtitle An Inquiry Into Values, about “the fabulous journey of a man in search of himself.”  I tried to read it, too.  Here's the review I wrote on an index card as part of my files:

Zen and the Art of Motorcycle Maintenance

A mysterious trip through the mind of the author takes us from deep, philosophical thoughts to the weak plot desperately trying to keep throughout the story.  Covers many things such as classical and romantic thought and how these collide as well as blend.  What the book is in reality is an essay or treatise on anything under the sun.  The book is for me at this time very hard to read but I believe I have received the general messages of the story.

Framed around a father and son who set out on a motorcycle and motor across the country from St. Paul, Minnesota to San Francisco, Zen and The Art of Motorcycle Maintenance seemed like the perfect book for both of us to read and talk about.  It's another book on the meeting of East and West. I read about fixing motorcycles as a Zen activity, Plato, Kant, gestalt and a new word, “Chautauqua,” which I take to be a long conversation about something intellectual. I read the second half of the book the night before, understanding little, to prepare for our own discussion group the next morning.

Over breakfast, he tells me he left early.  He walked out, actually.  He hated the way the people talk, he said, how they preface their remarks with words like “Basically,” which he imitates in a drawn-out moan:  Baaaaa-sically.

“It was just a bunch of people bullshitting,” he says.

I now imagine the way the Delaware Valley Mensans spoke as the equivalent to how some of my professor colleagues and writer-friends adopt that strange upper-class tick of saying “sort of” and “kind of” as they finesse points in a seminar.  And I try to imagine my father then traveling through time to attend one of my many faculty meetings or writer-type events, how his skin might curl, too, from these performances.  Their drinks clutched under the bottom of their glasses, the forced affability, the beating around bushes-anything but direct, unaffected speech.  In the end, disgusted, he walks out of the room, looks down at the ashes, flicks his cigarette down to the ground.

Stayed inside and read all day long.  I feel unnaturally tired and haven't exercised all day.  I have to serve mass tomorrow.  It is 10:30 and I am about to go to bed.  Am reading The Story of Philosophy by Will Durant.  He must be one of the most brilliant historians of our time.  We have his Story of Civilization Series.  It replaces about 60 years of hard work.  Just to think he can write all that is mind boggling.  I shall be that way in my adulthood; I shall be a scholar and write a monumental work to be praised hundreds of years to come.  But, disappointingly, people's dreams do not usually tell of their real destiny.

Brilliant and wittingly written satire on the system of Totalitarianism. It has the struggle between the animals and the incompetent farmer. Later the struggle shifts between all of the animals. Line for line throughout the story it paralels directly to dictatorships and communism.

“I am a laborer,” my father says to me, out of the blue as I walk by his chair.  “I'm like Boxer in Animal Farm. They'll work me til I die.”  He had assigned me to read Orwell's book, along with a stack of books for me to read from his growing library.  I try to picture him as the worker-horse.  It's not hard to do.

We sit down on the rug and he makes a stack of some books.  He is giving me homework.  “These are the books that will change your life,” he says.

I go back to my room and listen to soft rock on headphones and begin this, my reading program of my eighth grade summer.

“You need to read this now,” he says to me one morning. He hands me another book.  “You need to know what's going to happen when the revolution comes.”

I take a break from my Mad magazine, look up from my turntable, and take the slim volume from his hands.

On the cover: None Dare Call It Conspiracy, a 1972 book by Gary Allen.  There are nine icons on the cover: a red star of China, a peace symbol, a Soviet hammer and sickle, a dollar sign, the UN insignia, a Masonic eye through a pyramid, a Black Power fist, an egg on its side with a line through it, and a hand doing a V-for-Victory sign.

This will be the first time I will learn from him about the international banking empires that control the world.  How the Jews, who control the media, also control the banks, which leads to us to our decadent, secular culture. The Rothschilds, the Warburgs, J. P. Morgan and the Rockefellers, my father says, are the “Anglo-Saxon frontmen for the Jewish banking industry.”  I learn another new word, “usury,” how it's pointed out as a sin in the Bible.

“The Jewish members of the conspiracy have used an organization called the Anti-Defamation League as an instrument to try to convince everyone that any mention of the Rothschilds or their allies is an attack on all Jews,” Allen writes. “In this way they have stifled almost all honest scholarship on international bankers and made the subject taboo within universities.”

When I unpack my boxes of books as I move into my small Catholic college office in Albany, NY, I realize that, all this time, I've had my own copy of None Dare Call It Conspiracy. In the final chapter, Allen encourages his readers to buy multiple copies of his book and distribute them to neighbors.  I think how clever Allen is, how I should put the same message in back of my own books.  Back then, my father walked around to the Abarennis, the Jones, the Stosells, and Boritz families on West Woodlawn Avenue, perhaps during the day while they are work and as gets ready for the night shift. He slips books in their mailboxes to get the word out about the Council of Foreign Relations and the World Bank's plan to consolidate power in a central banking system.

I hope that by this age I had taught myself to read this or any other book with skepticism, or a wink, or can tell an author is crazy.  I doubt it.  There is this grand idea that a child should want to be original, to go out on his or her own and make their own mark.  But what other job does a dutiful son have than to imitate who and what's around him, to want to know everything his father can teach?

A couple years ago I heard my father-in-law deliver a eulogy at my wife's grandfather's funeral.  Standing there at the edge of the grave at the height of summer, my father-in-law, this composed guy who works as an antiquarian bookseller, talked about how, when he was 11 years old, he offers to help his father with the legal history dissertation he was working on.  He offered to help him type.  My father-in-law sets up a typewriter next to his dad's in his office, and they both set to typing.  After 10 hunt-and-pecked pages, my father-in-law realizes he had misspelled the word judgment with a second “e,” as in “judgement,” the whole way through.  This, in this house of a legal academic, was close to as big of an error you could get.

The father tells him it's OK, that he has to revise some of his findings anyway.