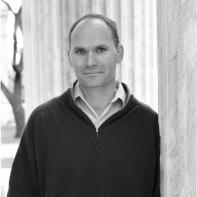 This interview was conducted through email by Interview Coordinator Erin Caldwell. She says of the process, "I fell in love with Anthony Doerr's writing last summer, when a friend recommended The Shell Collector; I later ended up crying on an airplane while reading his Pushcart Prize-winning story The River Nemunas. His background in studying history and writing about science is evident in his stories that deal with interactions of family, love, dreams, and nature. It was an honor to complete this interview, wherein he talks about traveling, writing, and dreaming."

Superstition Review: You are a former history major and current science-book reviewer who writes fiction. And, many of your stories are filled with little-known facts on topics such as conchology and hydrology. How does each of these separate interests inform the others? What kind of research goes into writing a story?

Anthony Doerr: Research as it's understood in other disciplines—looking for information—isn't quite what I do, though it's part of my process. I'm always looking for interesting factoids, sure, but really I'm looking for subjects, ideas I can fall in love with, scraps of real people I can build into made-up people, or smaller things: the way the world looks, the way palm fronds shine in the wind, etc. When I'm working well, when I'm spending hours a day writing something, during much of the rest of the day my subconscious is engaged in it also, and everything I see—a man eating toast in a Honda at a stoplight, a woman wiping out on the ice outside Macy's—becomes research, becomes material.

Fiction writing is often an excuse for me to pursue various curiosities I have. And curiosity is really just a form of love: "Are you curious?" is another way of asking, "Are you in love with the world?" In my own work, projects always start with something I get really interested in, like whale strandings or insects or venomous snails, or hibernating animals or snowflakes. The research is often the kernel, and I start writing around it, building it out into a spiral sort of, trying to find a character who I can use—often I go for the most obvious thing, which is to infect a character with the same kind of interest I have (e.g., the shell collector).

So when young writers ask for advice, not that I'm qualified to give any, I usually say that part of writing is finding the things in the world that you care the most about, that you care so deeply about you'd never get tired of reading or writing about them, and make those your subjects. For me it has been wonder—what wonder is, where we can find it. For someone else it might be skateboards, or jazz, or bipolar disorder, or whatever. If you care deeply enough about something, some of that interest and passion will (hopefully) transfer through the page to the reader.

SR: Your first major published work was your collection of short stories The Shell Collector, shortly followed by your debut novel About Grace. When did you start writing fiction? How has your writing process evolved since then? In what ways are the processes different and the same for these genres? Describe the transition.

AD: I've been writing little stories since I was eight or nine years old. I used to write stories about the adventures my little Playmobil people were having on their plastic pirate ship and give them to my mom.

The differences between short fiction and novels? In terms of process, they're substantial. The main difference, for me, is scale. In a long day of work, when writing a short story, I can read through everything I've written and comb through it, improve it, tighten it, and try to make new additions fit the tone and tenor of everything that has come before. That becomes impossible in a novel as soon as it hits, say, 20,000 words. In a novel you're always working on different pieces of its chronology: its middle, ending, opening; it becomes impossible to hold the whole of it in your mind at any one moment. In a novel, after a certain point, there will be pieces of it that you haven't reread in months, even years.

SR: A common theme in your work is that of the relationships between humans, nature, and the universe. Why is this such a prominent configuration? What do you hope your readers will gain from the descriptions of these interactions?

AD: This is a generalization, but I feel that people—especially Americans—are becoming more and more disconnected from the natural world: from its rhythms, its mysteries, its pace. We live lives our deep ancestors would hardly recognize. So I spend as much time outside as I can, and I write, so that I may rediscover those rhythms, those mysteries, that pace.

That said, I don't necessarily want readers to understand or gain something: I merely want them to be transported, I want them to have an experience in which they enter the time and place and life of someone else. And I want that experience of empathy to be continuous; I don't want the dream of the fiction to be broken by any carelessness on my part. That's the most I can hope for: that a reader might leave his or her world for an hour or two and enter the world of one of my stories. I'm literally honored and thrilled that anyone reads my work at all, to be honest. I'm not foolish enough to try to slip in any agendas, anything didactic, anything that'll send a reader away.

SR: Along with these external issues, many of your characters deal with the dream-world. This juxtaposition of the internal workings of the human brain and the outer, natural world is an interesting one. How does this theme relate to your own life and experiences?

AD: That's a very smart question, but unfortunately, I don't quite know how to answer it. Sorry! I do love to play with inner and outer worlds in my work, yes. And I love to play with the tension between the waking world and dreams. And I like to play with spatial tensions, too: juxtaposing Alaska against the Caribbean, or a wealthy neighborhood in Cape Town against a poor one. But exactly how they relate to my own life, I'm just not sure…

SR: You have spent time living in the U.S., Africa, and New Zealand, and each of these areas has played a role in your stories. Did you know you would write about these places when you initially moved there? Where else would you like to live and write about?

AD: Travel is central to my work. By traveling, I'm forced to see familiar things in new ways: even very simple things, like how people get water, how they get to work, how they think about ambition. I take journals wherever I go and I fill them with crappy sentences I'll never show anyone but with the hope that I can still someday, maybe, use those sentences—or at least those memories—in a future work.

Now, most of the time, I'm traveling to places to write about them for a travel magazine (Ecuador, for example), but it's not clear to me how or when or if I'll use that visit in my fiction until much later.

Where else would we like to live? I'd love to take my kids practically anywhere in the tropics and let them be around all that biodiversity for a few months.

SR: Where do you draw inspiration for your characters? Does their creation determine the emotions and action of the story, or does the story create the character? Do you have a favorite protagonist you would be interested in revisiting?

AD: Often I think the characters in my work come from desires or curiosities I'm harboring. The hunter's wife in “The Hunter's Wife” initially came from an interest I had in hibernating animals, for example. I wanted to know how hibernation worked, physiologically, practically. I wanted to know if they dreamed. Joseph, in "The Caretaker,” came from a desire to write something healing in the face so much evil (I had been reading about the Liberian civil war): from that need to try to redeem my own ignorance. Naima, in "Mkondo", came from a desire to flee what felt like a stifling landscape. And so on... So usually the ideas come out of reading and research—about being really curious about something, as I mentioned earlier.

Do I have a favorite character I'd like to return to? Not really. Once I've completed a story, I'm usually ready to move on and make new, separate work.

AD: Revision questions are complicated in my case because I am always revising, eternally revising. There must be a first draft in there, engraved invisibly beneath all the revisions, but really the first draft is just a single sentence I've written down and immediately begun altering. Before adding a second sentence, I'm already revising the first one. The Shell Collector took me four years to write, though I wrote some other stories during that time and didn't include them. And About Grace took me three years, but in that time I had a couple of fellowships that allowed me to take time off from teaching. (And I didn't have kids yet!)

SR: Your story The River Nemunas opens the most recent Pushcart Prize anthology. Describe your experiences working with small presses. Where did you first submit your creative work? How do you choose where?

AD: I love small presses: they keep poems and short stories alive, and they protect originality and risk in ways that bigger, commercial ventures cannot. My first publication was a small journal, too: a little journal called The Sycamore Review.

How do I choose where to send? Unfortunately, stories take me so long to write that I'm never really looking for somewhere to send; by the time something is ready, I usually just send it to my agent, or to a magazine that has recently asked for a story.

SR: How often do you write today? Where? Describe your creative space(s). Are you working on any fiction right now?

AD: I write in the mornings. And I try to write every day, or every weekday, anyway. I rent a little office a mile or two from our house: a single room, two windows, a desk, lots of books.

Right now I'm working a novel that's seven years in the making: I wrote Memory Wall and Four Seasons in Rome while working on this book in the background. It's about a German boy and a French girl in World War II and how their lives intersect, though that intersection happens very late in the narrative. It has to do with radio, too: how radio was employed both as a tool of control and resistance. Mostly I want to conjure a time when it was a miracle to hear the voice of a stranger in our homes, in our ears.

SR: What current authors do you read? Who has inspired you throughout your writing career?

AD: W.G. Sebald, lately, is probably the most rewarding writer for me, for how he uses memory and history, and also how he makes sentences somehow both strange and crystalline. I think the writer Daniel Mason is doing interesting things, and I've long been a fan of Andrea Barrett's work, for how she uses science and history in her fiction. I also love James Joyce, though he doesn't quite qualify as “current.” I have been rereading Dubliners recently, taking my time with it and trying to absorb it. (I wrote a little piece about this for the Boston Globe last weekend, if you're interested: http://articles.boston.com/2012-03-04/books/31118644_1_books-pads-von)