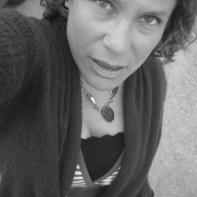 Frances Lefkowitz is the author of  To Have Not, named one of five “Best Memoirs of 2010” by SheKnows.com. It's the story of growing up poor in San Francisco in the '70s, going to the Ivy League on scholarship, and discovering the downside of upward mobility. Her stories and articles are published The Sun, Tin House, Blip, Utne Reader, Good Housekeeping, Whole Living, Health, GlimmerTrain Stories,  and more. She has received honorable mention twice for the Pushcart Prize and once for Best American Essays. Frances now lives, and surfs, in Northern California.

Some would say the antidote to accident is careful, but we also employ superstition, those splendid if secret rituals we invent to clog up the complete randomness of crash, snap, break, meet, miss, and other whoopsies. Not all accidents are loud, but most are fast. And, no matter how hard we close our eyes, they cannot be undone; we will not wake up from this real sleep or that opiate-induced period of sweet amnesia to find that the thing that happened has not actually happened after all. This is the beatingest thing about the sudden harmful mistake which is not done on purpose: it happened.

Mine sounded like an earthquake—quiet, deep, interior, not so much sound as vibration, though of course, that's what sound is. No one else on the beach heard it, though perhaps some dog or horse jerked its head up somewhere, twitched its ears, made a low growl, a snort, something it could not control even if it wanted to.

As I've always tried to convey, I'm not much of a shredder: I do not tear up waves or leap on and off them like those frenetic hot doggers pumping and twisting their pointy-nosed short boards every which way and getting as much air as water. My board is long, with a round, soft nose, and I use it to ease into waves and then coast down them in whatever direction they're heading, taking the path of slow pleasure and least resistance.

The waves that afternoon were small, more wedge than curl, and there was no drizzle, the sky was bleached yellow. The water, though it was Maine, was not too chilly, so I was wearing my lightweight wetsuit. I know about the wearing of the body-hugging neoprene because some soft voice in the hospital had to cut it off me so I could get photographed in machines that can see really far into you, can find invisible broken parts. What I'm trying to say, given the polite conditions of the weather and the water, coupled with my genteel style of surfing, is that there really is no excuse whatsoever to what happened to me or what I did to myself, or however you want to phrase it. It was the equivalent of a one-car collision-no one else involved, no one else hurt, no one else to blame. So, no excuses, though there may be explanations. But if there are any satisfactory explanations, I have not dug through enough layers to unlock them, despite three months inside a metal immobilization brace that made me move like a robot and kept my body but not my mind still and facing forward.

Things happen for a reason, certain squirrelly people would say to me afterward, as I and my brace made it down the block walking gingerly—a strawberry-blonde word somehow perfect in describing the gloves-on methodology of my pace, the way my feet did not quite trust that the ground would be there to meet them at each step, and the way the brace kept my head from bending down so I could see neither feet nor ground. Others would tell me their own broken-neck stories: their aunt, husband, college buddy, and, for those into the pulpy details, what number vertebrae had been the mash victim-the lower the number, the higher up the neck, therefore the most dangerous and the most impressive. Motorcycles and horses turn out to be the two main culprits, with or without helmets.

One of the many what-ifs I've entertained has to do with helmets, and my conclusion, though nothing ever seems fully conclusive, is that a helmet would not have spared me. The head is hard, so is the bottom of the sea, even if made of sand only, not bitten at all by rocks or reefs. When head and sand meet with the speed, which is also the force, of someone forgetful or tired or bad-habited or distracted or in some other way about to have an accident for no reason good or bad, no reason at all, pushing her feet off her big old surfboard as if it were a diving board and entering the shallow water head first at a severe angle, well, something has got to give. The head took the impact with no gash, no blood, no visible persimmon of a bruise. I'm not sure how the sand-and what is sand but concrete without mortar?-reacted. Perhaps there was a dent which lingered until the next tide, a shallow moon crater where the top of my head pummeled the bottom of the ocean in this wading zone. But all that force had to go somewhere. No doubt there's an equation in physics to explain it, though if you think about it, the neck, that wobbly gizzard at the top of our spine, the very spine that makes us not an insect: it's the first fragile piece after the head. And so it will be the piece that cannot absorb the impact without breaking.

No one carted me off, no one knew I was hurt. It was, as I said, a noiseless incident, and even my screaming I did inside myself. In fact, I watched the lifeguards leave, their shift over for the day, so the time is fixed at almost exactly five o'clock. All around me was glorious Maine summer, pale blue sky, rich green reeds, water some color in between. Wet happy people dripped not more than inches away from me with smiles on their faces, but I made the decision not to bother them, not to admit that something bad had happened to me or that I had done something bad to myself, or however you want to word it. In Spanish you might say, “My neck broke on me,” a milder form of the English passive voice, like you might say “the dish dropped on me,” when the plate slipped out of your soapy hand at the sink. My neck broke on me, or perhaps I broke my neck-vertebrae one and two, the ones so high up the neck they are inside your skull-though somehow I got out of the brace whole and moving rather than paralyzed and wheelchaired. And no matter how much I would like to reassure you or myself, I cannot tell you why it happened or why I did it. I can try, over and over, to tell you how, but in my experience, when it comes to accidents, how does not lead to why.

My body lotion smells like grapefruit. When I put it on, I want to eat me. Actually, I want my lover to want to eat me. Actually, I want a lover. His name would be David, and he would sit at the table with a pen, writing on a bagel, because we'd be in love and the normal rules of ink and dough would not apply. Money would appear when we needed it for oysters, and thorns would disappear from our sides and our crowns.

But how long could this swimming possibly last? How long before we slipped into habit, and he began chewing the bagel rather than penning it and I began asking him, “yes, but is it made from organic flour?” We do not have the power to reinvent Jesus or become Swedish if we are from Yugoslavia. But don't we have the verve to decide to get lost every once in a while with the person we fell in love with so long ago?

I met an artist once, old and influential, somewhat but not sufficiently recognized. Still, he had a polished spread-out house in a lush dry area with olive trees and a modern studio where he painted and where he showed his paintings to me and my lover at the time, whose name was not David. The artist's wife was out for the day, but he made it a point to tell me that she is the most beautiful woman he has ever met. He emphasized the present tense. They were both in their late 70s, had been married forever, had, presumably, never strayed. My lover at the time and I smiled at this, though we each had our doubts about the veracity of such a stance.

The lover who was not named David would get fierce with me, nostrils flaring like a stallion's, and he blamed it on the caustic treatment for some illness he got in the third world. His cock was never limp, and that was one of the things I liked best about him, though what made it hard was anger; it was a cock filled with rage and yet I took it in, sought it out. We had sex three times a day when we got together, and for the duration I could forget the rain, the heat, the stench, the mess, the past, the future, politics, religion, evolution, his tantrums, the way he yanked lamp plugs out of the wall and yelled at me for peeing too loudly and opened the passenger door in the night and pushed me out twelve miles from civilization. This was sex as nihilism, as a way to escape even the person inside you, and these kinds of lovers are best to talk about in the past tense.

The lover known as David, however, would sway me back to some middle ground, in between nostalgic idolizing of your almost 80-year-old wrinkled but good-cheekboned wife and smacking your hot 35-year-old sort-of girlfriend with a lamp wire. David would be open to open, he would want to want. We would have sex, sometimes rugged, sometimes tender, until our joints gave out and we were almost dead. The lover named David and I would stand at the exact mid point between safety and excitement. And we would be smart enough to recognize it and give in to it.