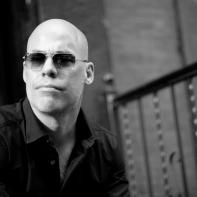 Douglas Light is an award-winning novelist, screenwriter, and short story writer. His novel East Fifth Bliss received the 2007 Benjamin Franklin Award for Fiction. He co-wrote the screen adaptation (The Trouble with Bliss), which stars Michael C. Hall, Lucy Liu, and Peter Fonda. It is in select theaters and VOD on March 23, 2012. His story collection Girls in Trouble won the 2010 Grace Paley Prize and was published by the University of Massachusetts Press in 2011. His writing won an O. Henry Prize and was included the Best American Nonrequired Reading anthology, as well as in Narrative, Guernica, Alaska Quarterly Review, and Failbetter.

This interview was conducted through email by Interview Coordinator Erin Caldwell. She says of the process, "Douglas Light uses his experiences and talents in wonderful ways, as is seen in his collection of short stories Girls in Trouble and in his novel East Fifth Bliss. His lush, pitch-perfect characterizations embody those people we pass on the street and gives them a voice and a history. I had the chance to hear him speak at this year's AWP conference about his awards and publishing process, and was all the more excited to complete this interview. Here, he talks about his gender-jumping characters, making a movie, writing, and wandering."

Superstition Review: In your short story collection Girls in Trouble, you tell the stories of different girls and women coping with various emotional and physical struggles. At first glance, these obstacles seem specific to the female experience. However, a deeper reading shows that this is not necessarily the case: emotions of forced sexuality, grief over lost lovers, and parental incest and disillusionment are not specifically “female." Was this an important distinction to make? What compelled you to write these stories in a female-centric way?

Douglas Light: I'd like to say that when I sit down to write a story, I come to the page with a clarity of idea, a clear focus on what I'm out to accomplish. I don't. If anything, each story starts from a state of confusion. I'll see a mother and child playing happily, or a young couple in love, and experience a charge of sadness. Discovering the “why” of that emotion is the underpinning of every story. It's what fuels my writing.

SR: A theme you return to is that of physical deformity, such as the scarring and amputations in “Zebra,” “Hit-and-Run,” and “Separate.” Why use this particular device? What do you hope your readers will take from the experiences of these characters?

DL: My father has a prominent scar on his left cheek. Growing up, I'd often find myself saying, “What are you talking about?” when people asked me about it. I guess I didn't see the obvious. To me, he wasn't a man with a scar but simply my father. The scar was part of him, who he was.

The characters in Girls in Trouble are identified by their physical scars, yet the scars are mere slivers of their overall self. The deformities are the least of their problems.

SR: How long did it take to complete the collection? When did you know a story was complete? Describe your writing and revision process.

DL: The stories in the collection cover a seven year period of writing. My first published story, “Three Days. A Month. More,” came out in the Alaska Quarterly Review in the fall of 2002. It ended up receiving an O. Henry Prize and inclusion in the Best American Nonrequired Reading anthology, which was a huge boost of confidence. I was like “I'm a writer!” Then it took me over two years to place my next story, which left me thinking, “I'm a writer?”

As for knowing when a story is complete, I could tinker forever. Even now, re-reading the collection, I find things I want to improve. But for me, it's important to move on, to keep creating, and to always have the next project in mind.

I wake every morning at 4 a.m. and write for three hours before heading into my nine-to-five. When starting a piece, I push through as quickly as possible to get a draft down. My first drafts are shit. Always. But it's important for me to have something to work with. The finessing of the language, the finding of meaning, and the clarifying of a character's desire comes about during revisions. That's when the story really takes form.

SR: You have spent time living in the American midwest, the Pacific Northwest, and New York City, locations that are prominent in these stories. In what ways has each place informed your writing? Along with those areas, I noticed a recurrence of Greece in a couple of your stories. Is this intentional? What other parts of the world are you interested in writing about?

DL: These places are touchstones in my stories, places that have formed my life. I've used them intentionally in each story, though, admittedly, I only noticed this fact when went to pulled the stories into a collection. Why didn't I explore other places? Writers have only two, maybe three stories to tell, and they incessantly keep trying to get the stories right. I'd say I kept coming back to these places in my writing because I was trying to understand why they've impacted me so, trying to tell their story right.

SR: Your debut novel East Fifth Bliss is about one man's unraveling life and his ensuing personal excavations. He deals with a variety of awkward and soul-testing situations in the middle of New York City. Where did your protagonist, Morris Bliss, come from inspirationally?

DL: East Fifth Bliss started out a very different book than what it ended up being. When I first began the project, I knew exactly what I wanted to write. The story focused on a single build and its occupants. The building was, in a way, the main character. But once I got into the writing, I realized I didn't know what I was writing about. I ended up having to create some sixteen hundred pages before discovering the story.

The inspiration for Morris Bliss came from several sources. Ultimately, though, Morris's defining characteristic—procrastination—is a trait we all share. There are only two types of people. The first type is reactionary; the individual responds to what the world thrusts on her or him. The other is proactive; the individual take the fight to the world. Through the course of the novel, Morris transforms from the prior to the latter.

We all strive to take the fight to the world. Which is pretty damn scary when you get down to it. Putting yourself out there is the act of self destruction, of intentionally causing yourself discomfort, of putting yourself in the line of fire. But that's how you learn and grow as an individual. It's how you come to forgive. It's how you find meaning in life.

SR: Speaking of East Fifth Bliss, congratulations on its very recent film adaptation! How did this opportunity come about? Describe your transition from paper to film.

DL: All good things are born of vice. I met the director Michael Knowles at a cigar bar in the East Village. He'd just complete his second feature film One Night, which stars Academy Award winner Melissa Leo. East Fifth Bliss had just came out so I gave him a copy. He read it, love it, and asked if I'd ever thought of turning it into a movie. I hadn't. And I'd never written a screenplay. So he and I sat down and adapted the novel. Four months and too many cigars later, we had a solid script. We got the script to Michael C. Hall, who read it and love it. He signed on and from there everything fell into place. We ended up with a fantastic cast and a truly fantastic film that stars such greats as Lucy Liu, Peter Fonda, and Brie Larson.

SR: Your journey to academic and literary success was interspersed with transience and homelessness. Do you feel these experiences were important for your creative growth? When did you know you wanted to write? What significant events helped cement this desire?

DL: In 1991, I moved to Seattle with $280 and the desire to become a writer. What I became was homeless. First I camped out in the woods south of the city and then, when winter took hold, moved into the Lighthouse Shelter for Men in Pioneer Square. I was under the false impression that you had to truly experience life before you could write. Well, I experienced life. It definitely didn't make me a writer.

My time at the shelter can best be described as unrelenting boredom wrapped in a perpetual state of low-level terror. I'd like to say I came away from the experience with some grand insight, some deeper understanding of humanity. I didn't. If anything, it simply reinforced my belief that, rich or poor, people are people—petty, loving, awful, and brilliant.

It is only now, some twenty years later, that I'm able to write about my time there. Distance and time has provided me a certain amount of detachment. I can pick through the shards of my past and examine them closely, objectively, without getting cut.

SR: Do you think you would have written your stories and novels without the guidance and sense of community you gained in college? How often did you write then, and how often do you write today? Where? Describe your creative space(s).

DL: The learning process would have taken longer had I not gone to school, but I would have still pursued writing. It has never felt like a choice. It's just something I've had to do.

The most valuable aspect of school was the community, the fellow students who were willing to critique my work. I still have a core group from those days who I can reach out to for opinions.

When I first started school, I believed there was such as thing as muse. Now I know better. And even if I'm wrong, even if there is such a thing as muse, it can only carry you so far. Time and endurance is what creates good work. Which is why I'm a firm believer in the idea that writing is a job. You have to show up everyday and put the time in. And like all jobs, you have good days and bad days. More bad than good.

I used to rent a space in downtown Manhattan to write, but I've found that I can work just was well at home. Mornings, I sit at the dining room table with a pot of coffee. Three hours writing. Good days and bad.

SR: Along with your own fiction creations, you have also been involved with the literary journal Epiphany. How has your experience working on the publishing side of the literary industry impacted your writing, and vice versa?

DL: Working on a literary magazine gave me a new perspective and understanding of how the process works. Before I worked on Epiphany, I always wondered what was going on with pieces I'd submitted. Why haven't I heard anything for six month? Are they even reading my work before they reject it? Now I know what a huge undertaking and labor of love literary magazines and literary publishing are. I know that the editors and submission readers take every piece seriously.

I have recently completed a novel entitled Where Night Stops and am in pre-production to shoot a short film I've adapted from a story from Girls in Trouble.

For Where Night Stops, Joan Didion and Jerzy Kosinski's Steps served as inspiration. Overall, James Salter, Joy Williams, and Rebecca West have profoundly influenced me. The stark clarity and beauty they bring to their work reverberate long after the last page.

As far as next projects, I'm charting out a new novel with the working title Dogs of Athens. And then there are tons of scraps of writing that may one day evolve into a story.