"Something in the Way," by William Auten 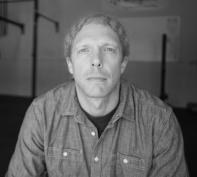 William Auten is the author of the novel Pepper’s Ghost, and his recent work has appeared in Crab Orchard Review, Oxford Magazine, Sequestrum, Solstice, and elsewhere.