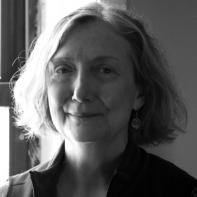 Charlotte Holmes’s second collection of short stories, The Grass Labyrinth, was published by BkMk Press in 2016. Her stories and essays have appeared in many journals, including The Sun, The New Yorker, Epoch, New Letters, The Woven Tale Press, and Narrative, and her poems in American Poetry Review, Radar, Tar River Poetry, and other venues. She is at work on a collection of lyric essays that includes Open House. She teaches fiction and nonfiction writing at Penn State, where she also directs the creative writing program.