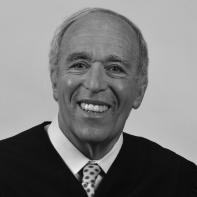 Anthony J. Mohr's work has appeared in the 2013 California Prose Directory, DIAGRAM, Compose, Eclectica, Front Porch Journal, Hippocampus Magazine, The MacGuffin, Word Riot,  War, Literature, and the Arts, ZYZZYVA, and elsewhere. His work has been nominated four times for the Pushcart Prize and received honorable mention from Sequestrum's Editor's Reprint Award. He is a reader for Hippocampus and an assistant editor of Fifth Wednesday Journal. Once upon a time, he was a member of the L.A. Connection, an improv theater group. By day he is a judge on the Superior Court of California, County of Los Angeles.