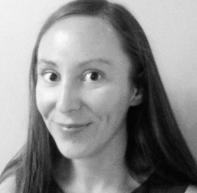 Kristina Marie Darling is the author of twenty-seven books of poetry, most recently Ghost / Landscape (with John Gallaher; BlazeVox Books, 2016) and the forthcoming Dark Horse (C&R Press, 2017). She is the recipient of grants from the Whiting Foundation and Harvard University’s Kittredge Fund. Her poems appear in New American Writing, The Mid-American Review, Poetry International, Passages North, Nimrod, and many other magazines. She has published essays in Agni, The Gettysburg Review, The Los Angeles Review of Books, The Iowa Review, The Literary Review, Descant, and elsewhere. She is Editor-in-Chief of Tupelo Quarterly and Grants Specialist at Black Ocean.

“Mistaking the Sea for Green Fields.”

Without knowing it, we’d started playing the game again. Memory or dream, memory or dream? he asked, not realizing at all how afraid I was.

Half asleep, he would spend hours changing the rules, the way a glacier cleaves to reveal a lake below. The sheet of ice beneath the sheet of ice. Even then, I could barely speak. To mouth words like precipice and shoreline seemed a luxury, not the kind of violence it would later become.

Of course the landscape had clear boundaries, once: the farthest cliffs sketched twice in stone, circled by our small figures in the winter months. Inside his mouth it was always this dark

“The Accident Was One of Many.”

I wanted to record for him the movement of a body in sleep, because I knew it had something to do with the fire:

At the time, I didn’t remember the word for threat, let alone desire, collision, or violence. I barely understood the rules to the game he called Memory or dream? Or why he would trace the edge of the doorframe with the tip of his index finger. This, this was only way to strike the match, he insisted.

And when it was my turn: a knife, a burned paper, a book sent by post. Even now, I spend hours explaining how some of the pages have been lost when none of them were ever there at all.

‹ A poem by Kristen Bulger up Three Poems by Laura Wetherington ›