"The Breathtaking Sting of the Pull," by Kate Lechler 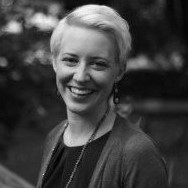 Kate Lechler teaches British literature at the University of Mississippi in Oxford, MS. She also writes speculative fiction and watches too much television. Her fiction has appeared in Podcastle, NonBinary Review, and Metaphorosis; her poetry has appeared in Arsenika. She is currently at work on a novel about a theme park featuring genetically-engineered mythological animals and an essay series about leaving the Seventh-day Adventist church.