"The House Will Burn" by Maggie Kast 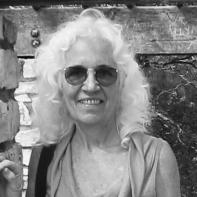 Maggie Kast is the author of The Crack Between the Worlds: a dancer’s memoir of loss, faith and family and a novel, A Free, Unsullied Land, winner of first place for fiction from the Wordwrite Awards. Following a career in dance, she received an M.F.A. in writing from Vermont College of Fine Arts and published stories in The Sun, Nimrod, Carve, Rosebud and others. Her essays have appeared in America, Image, Writer’s Chronicle, Fiction Writer’s Review and elsewhere. She’s received a Literary Award from the Illinois Arts Council, third prize in the Hackney Literary Contests and two Pushcart nominations.

The House Will Burn

In the early 1900s Isadora Duncan discarded ballet’s corsets, put on a blood-red robe, and danced the Marseillaise in the incense-filled salon of the Princess Edmond de Polignac in Paris. “Allons, enfants de la patrie, le jour de gloire est arrive!” goes the anthem. “Arise, children of the Fatherland, the day of glory has arrived!” and Isadora’s red dress fell away, revealing one bare breast. Barefoot and nearly “naked upon the earth,” as she wrote, she struck a blow for freedom, transforming the art of dance. I danced for most of my life on studio floors or traditional stages, sometimes on the streets and in temples and churches, but I never danced like Isadora, smack in the middle of life. Isadora’s art erupted in the midst of the ordinary, her enactment becoming action, her song and dance transforming the real. I’ve always wished I’d been there, inhaling the perfumed air. I picture the teacups trembling.

Now I stand in the anonymous public room on the first floor of Chicago’s Aqua Tower, while wind blows outside its glass walls. The room is formally cool, like the undulating waves that distinguish the building’s flowing balconies. I am chatting and sipping with others who support Links Hall, an incubator and presenter of new work in the performing arts, and I anticipate seeing a snippet of a show whose name keeps escaping me, because I don’t understand it: “The Core of the Pudel.” Something about Faust. Walkabout Theatre Company will perform this excerpt, using movement, music and all kinds of words as demanded by the piece, devised co-operatively by the company members. This form, called physical theatre, is familiar and appealing to the dancer in me.  Transformation is the last thing I anticipate.

Suddenly, music. Brass and strings. A ragtag, rowdy group of actors appears on the outside of the glass walls. A man holds a trumpet high, leading the group, and a young woman plays a violin just behind. An actor walks horizontally along the wall, soles of feet visible through the glass, his weight supported on the shoulder of another. The pair forms a striding right angle for a few steps, then reforms, using others as ladders or bridges. My heart speeds up — a topsy turvy parade!

The music takes on a klezmer sound. As the actors pass through a door into the bare-boned room, it becomes a village by Chagall, a place of origin where pink and green lovers fly overhead, swooping together for an upside-down kiss, while a band of drummers serenades them from the dark stetl below. A place like polyglot Czernowitz, where Jews once lived on the eastern edge of the Austro-Hungarian Empire, side by side with Russians, Rumanians, Ruthenians and Poles. There my late husband, Eric’s, ancestors discovered new rights and opportunities, left the stetl for the city, abandoned Yiddish to speak German. They studied medicine and law. There the men might still be drinking Einspännern and wiping whipped cream from well-trimmed mustaches or climbing into the sort of one-horse carriage for which that coffee drink is named. There families might still be swimming at Czernowitz’s own Gänsehäufl, named for a beach on the Danube near Vienna. There the young women might still be dancing at the Café de l’Europe, ignorant of Cossacks round the corner and still more of history’s oncoming flames.

The performers disappear into an adjacent room, then quickly reemerge, their celebratory mood replaced by panicked scurrying, carrying unwieldy stacks of books and huddling over them, then leafing through with bookworm intensity. They chatter and mumble in languages that sound like Latin, German, and French. Their words confuse but their actions slowly clarify and reveal. They must be Goethe’s Faust. My skin prickles as I see how they condense his despair at reaching stars by means of learning. “Habe nun ach! Theologie, Juristerei and leider auch Theologie durchaus studiert,” he complains. “I have, alas studied philosophy, jurisprudence and medicine too, and worst of all, theology.”

Yes, they are Faust, and his story comes back to me slowly at first and then in a flood. Faust, the man who went for a walk, sickened by his books, and was followed home by a big, black poodle, trailing fire. Inside Faust’s study, the dog snarled and bellowed, grew and glowed, then finally took on human form and revealed his identity:  Mephisto, the Devil, dressed as a traveling scholar. “Das also war des Pudels Kern,” exclaims Faust, “So that was the core of the poodle.”

Suddenly I have the eerie sense that this enacting is real action. If gravity sticks these actors to a wall, then that’s how it works. If they say the house is burning, then it burns. The veil between imitation and life falls away, and the past rises up to suffuse the present. I’m in a place I’ve never been, remembering a world I never knew.

Czernowitz is the stuff of myth to me, as it was to Eric, born in Vienna. His parents, too, Viennese born, long after his mother’s parents had met, married and made a life in Czernowitz, then swooped from this distant outpost to the heart of Empire, continuing their rise. But Czernowitz was always Eric’s mother’s place of genesis and thus his own, a seed remembered but never known, something lodged as deep as bone. When I married Eric, a refugee and naturalized American, I wedded his legendary home as well: Austria, the former Hapsburg lands, Mitteleuropa. As the actors exit their books, volumes falling from the toppling stacks, the Czernowitz that I can’t remember is suffused by the husband that I do, with presence as powerful as the dead brought back to life.

Abandoning books, Faust bargained with Mephisto to experience every human emotion and sensation: love, hate, pleasure and pain.  He agreed to be thrown in chains if Mephisto could ever satisfy him, if he should finally stop striving and ask the moment to linger. Eric and I shared Faust’s need to seek, and these desires stood at the center of our marriage. For us Faust meant the “more” we always wanted: more life, more living, more children, more insight, more fame, more cities, more countries, more justice, more dances, more pleasure, more art. And more love. I was the third and last of Eric’s wives and the only one of his marriages that endured. He adored Faust’s Gretchen, the epitome of Goethe’s “Ewig Weibliche,” the eternal feminine that draws Faust onward. For Eric, Gretchen was lust and lost homeland bound up in one, and I was lucky to share her name (though Eric had to point out that Margaret = Greta = Gretchen, little Greta).

Goethe was an essential poet of the German-speaking world, with its stormy moods and skies and its longing for Italy, “the land where the lemon trees bloom,” as he wrote, and his words told Eric and me who we were: in-between people, always on our way. Unlike Faust, we never faulted our ambition or despaired of searching, but Eric believed that arrogance was a sure sign of insecurity, and the flip side of pride always troubled our sleep. We heard the warning God speaks in Faust’s Prologue: “Humans err as long as they will strive.”

Still holding my half-full glass, I sit transfixed by two actors who wrestle together in a slow motion match. Not two feet from me, Faust struggles with Mephisto, and  I realize I stand at the very place Faust despaired of finding through study and would never find through all the pleasures that Mephisto could offer. I’ve arrived at the place where striving ceases.  Presence replaces representation as one actor raises the other overhead, muscles shaking, then slowly lowers and pins him to the ground, sweat beading on both. I need nothing more. The imagined is transforming the real. Gravity pulls sideways, the house will burn.  As the heightened expression of art interrupts the ordinary, the quotidian itself becomes transparent, revealing its own deeper layers, its fundamental nature, things in themselves.  The core of the poodle is the heart of the matter, and I am plunged into that heart, that unmediated, timeless reality.

“Verweile doch, du bist so schön,” I say. “Stay, you are so beautiful.” The simply real appears in all its wonder, smack in the midst of sipping and chatting. The wineglasses tremble, and I weep.

‹ "The Breathtaking Sting of the Pull," by Kate Lechler up "First Night in Kashmir," by Tessa Barkan ›