A poem by Robert Cording 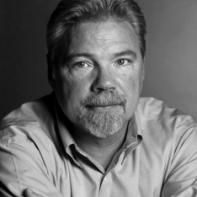 Robert Cording has published eight collections of poems: Life-list, What Binds Us To This World, Heavy Grace, Against Consolation, Common Life, Walking With Ruskin, A Word in My Mouth: Selected Spiritual Poems (Wipf and Stock, 2013), and, most recently, Only So Far (CavanKerry Press, 2015). He has received two National Endowment for the Arts fellowships in poetry and two poetry grants from the Connecticut Commission of the Arts. His poems have appeared in numerous publications such as the Nation, the Georgia Review, the Southern Review, Poetry, Kenyon Review, New Ohio Review, New England Review, Orion, and the New Yorker.

Weather Report to My Mother

If you were alive, you’d have called
on the phone from Florida, asking
if it snowed, and how much. And, yes,
April arrived with its usual Fools’ joke,
and I woke this northern morning to snow,
five inches or so, that seamlessly made
everything new, even the French doors
in the kitchen a trellis of blooming light.
My backyard gave me the new Jerusalem
in a vision as real as snow could make it.
That was hours ago, and now,
the low ceiling of clouds raised, the higher
spring sun bearing down, the snow
is already porous, riddled with holes,
water gurgling in miniature rivers or pooling,
and the roof’s drip-line tap-tap-taps
a code on the hedges below. At my desk,
I’m doing my best to decipher it, but all
I’ve come up with is something you said
about the changeableness of the weather:
life requires constant adjustments of hope.
So now that my new Jerusalem’s become
some last confection of winter,
I will report that what’s here and now
is a small flock of dirt-loving juncos poking
for seeds where grass has been uncovered
by the coming-into-its own April sun.

‹ Two Poems by Mary Morris up A poem by Robert Nazarene ›