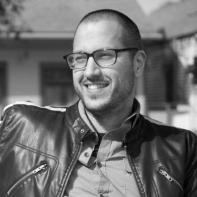 Sunil Yapa is a Sri Lankan American fiction writer and novelist. Yapa won the 2010 Hyphen Asian American Short Story Contest for his short story, Pilgrims, which was also published in the Fall 2010 issue of Hyphen, Issue No. 21, the "New Legacy Issue." His debut novel, Your Heart is a Muscle the Size of a Fist was released on January 12, 2016 by Lee Boudreaux Books, an imprint of Little, Brown and Company.

“No Easy Villains” an Interview with Sunil Yapa

This interview was conducted via e-mail by Interview Editor Crawford Pederson. Of the process he said, “Sunil Yapa is a talented writer and a well traveled man. His novel Your Heart is a Muscle the Size of a Fist is brutal, emotional, and forward-looking. Whether you are an angsty 20 something ready to fight “the man” or a jaded retiree that has seen enough to believe nothing can change, you should read Mr. Yapa’s novel. Yapa pulls no punches in his novel or in this interview. I appreciate his authenticity and I am glad Mr. Yapa took the time to be interviewed by me.” In this interview Sunil Yapa talks about material wealth, burning notes and vacation suggestions.

Superstition Review: Your Heart is a Muscle the Size of a Fist revolves around the 1999 World Trade Organization protests in Seattle. What drew you to write about this particular historical event?

Sunil Yapa: I was in graduate school in New York City and looking for ideas for a novel. Something that really excited me, and confused me. Something I cared enough about to spend a few years thinking and writing about. I came across this picture from the Seattle protests. There is a woman with long red hair, bleeding from the forehead. She is on her knees in a crowd and her hands are clasped together like she’s praying or in pain. A guy is tending to this huge wound on her head, and people are sort of all going by her.

I had to really stop when I saw that. What would make this woman risk getting teargassed, pepper sprayed, and beaten by the cops, which she has been. And none of it for her own well-being.  Not for her own right to vote or something, but out in the street for some kid in a sweatshop making shoes in Sri Lanka, or in Bangladesh, or in Vietnam? That’s an amazing thing. I wanted to know what her story was.  And the more I thought about it I thought what an amazing world we live in—a totally connected world. And I don’t just mean the U.S. I mean the entire planet is connected in all these intimate ways, and where is that reflected in our contemporary American literature?  And that was the beginning.

SR: What kind of research went into writing this novel? Could you discuss the importance of historical accuracy versus the use of fiction techniques in building character and plot?

SY: A tremendous amout of research went into the book. But it’s a novel, not a history book, and I really didn’t want the research to “show.” So I did as much research as possible, and then tried to forget it all.

I was lucky because one of my best friends was an activist who was the Seattle protests. He had all these ‘zines (blogs before there were blogs) from the activist community. Photocopied little magazines of drawings and essays and funny stuff from the time. You would never find that in a library or an archive. Those ‘zines and his stories were a huge resource.

There’s also an incredible archive of material from the protests collected in the WTO history project at the University of Washington. There are probably twenty boxes of stuff that people have donated: people sent in diaries, photos, their own VHS recordings from the day. One box had a turtle costume that someone wore at the protest.  I lived in that basement. It was amazing.

I also found recordings of the cops on their radios. All five days! That was incredible. Kind of like the ‘zines. Very intimate. I was like a fly on the wall.

SR:Your Heart is a Muscle the Size of a Fist is your first book. When did you decide you wanted to write a novel? Will you describe the process of completing the manuscript?

SY: I’ve wanted to write novels since I was a kid. My first attempts were when I was 16, 17, but I didn’t know what I was doing. Nothing wrong with not knowing what you’re doing! I still don’t know what I’m doing. But back then I really needed to get better.

This book took me 6 years to write and edit. I spent two years on a draft which I lost. It was six hundred and four pages. I was living in a beach house in Chile when I wrote that draft, and I didn’t back it up—no internet access, and no printer. Two months after finishing I was in Chicago and my laptop got stolen. I lost everything.

I was devastated. I couldn’t believe it. I think I watched everything on Netflix. When I ran out of shows to watch, I tried rewriting the book from my notes. Awful! Rewriting a book from my own notes was so depressing. It’s just not creative. So I tore it apart, burned the notes, and started fresh.

In the end I was very lucky to be able to reexamine the project and take a different approach. I have no way of knowing if that first book would have been any good, but the one thing I was able to do was focus in on several characters. Instead of 60 characters in the first book, now we have 7. Instead of 605 pages, now we have 306. I don’t always believe in minimalism (actually I hate minimalism in novels!) but I do believe in compression. There’s something satisfying about cutting away the unnecessary material.

I wrote for two more years until I had a good draft. Then I edited for a year on my own. Then for another year with my agent. So about 6 years in total. Although I think it’s important to think about all the training that comes before the book. For this book I would include my degree in Geography, and my time at the London Film School, as well as the MFA program at CUNY Hunter College, so add another 10 years. Before I even applied to a graduate MFA program, I spent about 5 or 6 years  living in other countries and teaching myself how to write. I guess you could say it’s a long process. Love and faith are important qualities. You have to love what you do—not just what you produce. And you have to have faith that whatever you are doing will eventually be finished and find a home.

SR: You spent a lot of time traveling when you were younger. How have those experiences affected you as a writer? Any vacation suggestions?

What was important to me was making friends and really spending time in a place. I grew up in Pennsylvania, Holland, Thailand, and of course, visited Sri Lanka where my father was born, so I’m sure that changed how I see the world. I’m a hyphenated American. I’m interested in the world without borders and countries. What are the things that connect us?  What are the things that separate us?

I’m not interested in moral judgments, just a recognition of the reality. We’re rich, and that material wealth exists alongside tremendous material poverty. Let’s look at that. Let’s admit that without feeling ashamed. Let’s hold off on running out to “fix the world” and just sit with that fact and feeling for awhile.

After I lost that first book and decided to write again, I moved to Guatemala. I was visiting my friend who lived up in the mountains in a very rural area. One night we were sitting on the stoop of a little corner store on the edge of town right before it turns into fields. Little kids kept buying one candle. I asked the shop owner why one candle? And he told me they didn’t have electricity.

The next time I was on that same walk with my friend and her dog, it was already dark when we started back to town. As we came down the mountain I could see in the shacks— one room for a family made of scrap wood and tin--and because it was dark I could see inside this one little candle light. One candle flickering in the one room and the orange light spilling through the cracks between the boards and out into the dark fields.

That image has stuck with me. As have so many others. I don’t have a name for how I felt, or how I feel. I didn’t feel sad or guilty, exactly. I don’t know anything about those people’s lives. Just because they live without electricity doesn’t tell me if their life is bad or good.  But it did show me how differently the material conditions of how people all over the planet live.  It was almost like we lived on different planets.

Emotions, experiences, fear, love, longing. It all goes into the writing. Every single thing. Whether on the surface or buried far below. A novel is a 300 page name for a feeling.

SR: The Novel seems to romanticize protests and at times violence by making the actions seem noble in some cases. What kind of comments about American optimism and entitlement were you trying to make?

SY: I don’t think this book romanticizes protests. I think this book attempts to humanize protesters. It attempts bring real human dimension to all sides involved in protest. One of my intentions in the book is to unpack the 30 second sound bite that we see on TV. We see protests on TV, and it’s basically the same headline: “Violent Protests Clash with Police.”

SR: I watched a small clip from your interview with Seth Meyers last year. In it you talk about your upbringing where you were exposed to Marxism and socialism. How have these ideologies affected your writing and the subject matter you write about?

SY: Marx can sometimes seem overly complicated to those who haven’t read him. A few basic things I learned early on were the world looks the way it does, and works the way it does, for a reason. It’s not random. That reason usually has to do with the economy. So, I grew up thinking a lot about what does it mean to work? What does it mean for someone to pay you $5/hour to make something they are going to sell for $10. That’s basic Marxism. Why do certain places and people thrive, and others struggle?

When people are going on and on about something being bad (protests) or something being good (globalization and trade), the thing you must always ask yourself is: for whom is it good? For whom is it bad?  These protests weren’t “anti-globalization.”  Globalization isn’t “bad.” A certain form of globalization is what they were protesting—the one practiced by the WTO—the one that values corporate profit more than people, more than the environment, more than the safety and well-being of hundreds of millions of lives. It was a movement for global justice.  We would all be wise to look for more information that what our TV’s and computers and phones give us. Those quick narratives need to be expanded—particularly about people who are disrupting so called “normal” life, like Black Lives Matter, like the Standing Rock Water Protectors.  These are really wonderful and important moments.  I think we should demand better stories.  We can even be the ones to tell them.