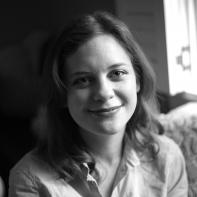 Maria Martin is a poet living in Charleston, SC. Her poems have appeared in Lockjaw Magazine and are forthcoming in Painted Bride Quarterly and The Indianola Review.

For the Pigeons in Florence

To go and stand in the streets is not for
many. To put your hands up or away, and let
people take pictures of something behind you
(but you’re in the pictures). And when you first
realized that, you felt old and forever. An arch
finished by a keystone. It first came to you at
Medici’s, it made you wish you were out of the
way. You were sitting with a notebook puffing
and unpuffing your chest, but life is not hard.
Meanwhile, you are missing American coffees
because they are so big, and you hold out your
claw like you’d grab one of them, and it looks
like a pheasant’s foot which is a new thing you
have seen altogether.

They say there was a place like this in
an old country. The place was like this, except
instead of barns they built the animals a forest to
live. Still, there was plenty to eat. I am taking
my love there to make things easy. They say
when you get there, you will be greeted with a
chicken neck. They say boil this into a stew and
let it warm you eleven times. I ask, when I have
several chicken necks, where do I keep them?
They say if you sit still long enough, your body
builds itself a house. While I was sitting this
way, my love called out to me. He was
beginning to think we should build down by the
river. I caught a glimpse of him as my skin
cracked in two. They say he hesitated upon
entering the forest, but he continued on like that.

Today, I learned to sort all of my days
into three piles. It was a day I knew would
come, the way a mother knows. It happened
like this: I was sitting and listening, and a bird
stood in a tree which did not interest me. Then
the bird began to sing, and I had to remind
myself that was what he was doing. Certainly,
there was a quieter bird that stood by him.
About this bird, I care even less. While I was
sitting this way, I felt blood run in my fingers, it
did not make me feel like a man. I have
considered taking up a new hobby. I have
considered adopting a dog. When a small voice
slips its says that I am in the middle of my life:
that is the second type of day. It’s strange then,
when I find my shoes, that I put them on and
they stay there. I begin to imagine my life in a
shadow apartment. Far away is a woman, the
distance makes her a dense, precise object
wandering her three rooms. She walks with the
same movement of a hand that tries to guess the
contents of a pocket.

And there are such wonderful things:

like the sunlight washing white buildings so that
the stone bleeds blue and rust. I’ve watched whole
walls fall through themselves, quickly, each time the sun
dropped finally behind the house. I am losing the voices
I love to hear. Even animals are indifferent to me.
Shapes move with the attitude of light that presses
against a sleeping hand before it rolls away, quickly, to
wrap around mailboxes or dance on the water. Which is
the face of the one I love? The bird that famously
neither sowed nor reaped has built itself a brand new
bed. And love’s become a difficult thing, like a strange
inheritance set aside for me of which I am alerted by a
letter. I imagine the ocean or a bowlful of water; I have
wished for a continuous present, and the remarkable
water in which nothing ever happens is balanced upon
God’s tongue.