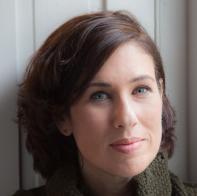 Lauren Grodstein is the author of four novels, including the New York Times bestseller A Friend of the Family and the Washington Post Book of the Year The Explanation for Everything. Her latest novel, Our Short History, was published by Algonquin Books of Chapel Hill in March, 2017. Lauren’s work has been translated into French, Turkish, German, Hebrew, and other languages, and her essays and reviews have been widely published.  She directs the MFA Program at Rutgers University-Camden and lives in New Jersey with her husband, son, and dog.

"Seeing the Insides of Things" an Interview with Lauren Grodstein

This interview was conducted via e-mail by interview editor Tonissa Saul. Of the process she said, "Lauren Grodstein's Our Short History practically reached into me and ripped the emotions from me. Her characters are smart, witty, loving, and sometimes terrible people. Grodstein tells it all from an honest and heartfelt lens." In this interview she talks about loving your children, observing the world, and watching the birds of prey.

Superstition Review: In your interview with NPR you talk about your sister-in-law’s family suffering from Ovarian Cancer, the same illness Karen in Our Short History has. I imagine your experience is where the frank humor Karen uses to deal with the illness comes from. Can you talk more about how you were able to portray such honest humor in relation to such a serious disease?

SR: Though she dealt with her cancer by using humor, she does not deal with Dave re-entering their lives very well. Can you talk about Karen’s reaction to his reappearance?

Like a lot of mothers, Karen wants to control the basic contours of her kid’s life. And like a lot of women, Karen doesn’t feel very kindly toward her ex, who told her, when she was pregnant, that actually he’d never wanted kids. She’s totally freaked out at the way Dave and Jake connect - she just never imagined that they’d have such an instant connection. And to her, it feels like one more loss: she’s lost her health, she’s lost her future, and now she’s lost the control she had over her son’s life. In some ways, this is as devastating as the cancer.

SR: There were a couple of moments when Karen is frighteningly possessive of Jake and the attention she gets from him. Can you talk about how that informs her decisions?

LG: Jake has been the most important thing in her life for six years. Her love for him is all-encompassing, and so is her sense of his importance. She’s never had to share him, never had to give him up, and she certainly doesn’t want to now. So when she feels like her relationship with Jake, or her plans for him, are threatened, she starts to panic and make some questionable choices.

SR: I love the list of things Karen puts in the manuscript for Jake to remember after she dies. What kinds of things would you want in your manuscript?

LG: Probably the same sorts of things Karen wants (minus the entry of the complicated ex). I’d like my kids to know the person I was, my own family history, my favorite books. I’d like them to know how much they meant to me, how they were the things in this world I was most proud of. And I’d like to leave them a few important pieces of advice: check for lumps, try not to spend too much money, etc.

SR: There are a lot of complicated relationships in this novel. One of my favorites is the relationship between Karen and her father when she was a child. Where did the idea for the history and astronomy lessons come from?

LG: You know, that’s a great question, and I don’t have a great answer. But I think that one of the nicest things about being a parent is having the chance to teach your kids about the world, and Karen’s father certainly relished that role while he was able to.

SR: Your descriptions tie unconventional things together in really beautiful ways, like comparing her scars to solder on stained glass. Can you talk about how these images come to you?

LG: Well, that particular metaphor feels true to me because I have a few scars in strange lines across my body from minor surgeries, and that’s what they’ve always felt like, like little lines of solder. My mom made stained glass when I was a kid and I remember running my fingers over that and my own scars and feeling the comparisons. I think the best way to come up with nice metaphors is to really pay attention to the world around you, to note how this thing is like that, to understand how this behavior is a reminder of that particular something. The more you observe, the more connections you make. I’m always trying to really see the insides of things, and trying to remember them.

SR: In this story of loss, her unusual career as a political consultant really makes this tale stand out. What gave you the idea to give Karen this particular job?

LG: Being a novelist is a great way of trying on all the different jobs I might have pursued if I’d had, say, an ability to pass organic chemistry or the willingness to work for zero money in a Congressional office. So in an earlier novel I wrote about a physician, and in a different one I biologist, because I’m interested in medicine and biology, but don’t have the time for, you know, medical school. And since I’m quite interested in electoral politics, I gave Karen the job of a campaign consultant. It was a great way to get inside a campaign without having to do any of the hard work of campaigning.

SR: I learned about your work through the ‘links’ section on Owen King’s website. I see that in your acknowledgements you thank Kelly Braffet. With the three of you, this sounds like an amazing community of writers. How did you meet your current writing community and how do you think your writing would be different without that community?

LG: I met Owen and Kelly in graduate school. They, along with a few other close friends, are wonderful readers of my work and great supporters of mine. I admire them enormously and can’t imagine working without them. I’ve learned over the years that novel-writing is too big for one woman to take on alone. For me, at least, writing a novel requires the input and fresh ideas of people I really respect.

SR: To add on to the last question, how have other writers influenced your process? What is some specific advice another writer has given to you that has changed the way you look at writing?

LG: The most important advice I ever got was from a professor in grad school, who told me that it’s really hard to write if you’re worried about paying the rent. What she meant was that a writer needs a job so that she can write for herself and not for the money. The hope, then, is that if you write for yourself, you’re writing what’s most compelling, what’s most honest, what makes the best fiction. I’ve always had a job outside of writing, and paradoxically, the job has always given me the time and space I need to write.

LG: I write in my attic. It overlooks a neighbor’s yard, and birds of prey sometimes sit on her roof looking for squirrels and moles and that sort of thing, and whenever I feel like I need to recharge, I watch the birds for a while, and then I get back to work.