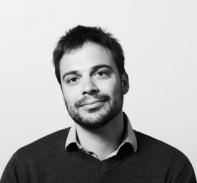 Michael David Lukas has been a Fulbright Scholar in Turkey, a night-shift proofreader in Tel Aviv, and a waiter at the Bread Loaf Writers’ Conference. His first novel The Oracle of Stamboul was a finalist for the California Book Award, the NCIBA Book of the Year Award, and the Harold U. Ribalow Prize. His second novel, The Last Watchman of Old Cairo, was published by Spiegel & Grau. He is a recipient of scholarships from the National Endowment for the Arts, Montalvo Arts Center, New York State Summer Writers’ Institute, Squaw Valley Community of Writers, and Elizabeth George Foundation. His writing has appeared in The New York Times, Wall Street Journal, Slate, National Geographic Traveler, and Georgia Review. He lives in Oakland and teaches at San Francisco State University.

“A Question of Coexistence” an interview with Michael David Lukas

This interview was conducted via e-mail by Interview Editor Griffin Sandidge. When discussing the process, he said The Last Watchman of Old Cairo is an exciting and empowering tale of self-discovery and personal identity. Michael David Lukas’s depiction of the oldest synagogue in Cairo highlights his dedication to crucial details in creating his lively historical fiction, while drawing heavily upon the events of the real world. His character development allowed for an almost first hand account of how the different cultures within the city of Cairo are able to work together to live peacefully. It was an honor to have him take time away from teaching creative writing at San Francisco University to participate in this interview.” In this interview Michael discusses his early years studying in Cairo, the shift in politics throughout Egypt, and the importance of knocking down the social walls that keep people divided.

Superstition Review: Michael, thank you so much for agreeing to this interview. I thoroughly enjoyed your dive into self discovery and historical identity in your book, The Last Watchman of Old Cairo. One line that made an impact on me is, "Same stories," Al-Zikri smiled, "same God, you could say, only a different name" Ali nodded, though he didn't entirely understand. Did the Jews pray to the same God he did? If so, what was the difference between a Muslim and a Jew?” This line made an impact on me because it is very often that the major faiths conflict, yet they all tell different pieces of very similar stories. What about the religious history of Cairo inspired you to write The Last Watchman?

Michael David Lukas: The initial seed of this novel was planted nearly twenty years ago. I was living in Egypt at the time, studying Arabic at the American University of Cairo. One afternoon, wandering through the narrow cobblestone streets of Old Cairo, I happened upon a small stone structure: the Ibn Ezra Synagogue. As I stood there in the courtyard, listening to a tour guide talk about the once-thriving Jewish community Cairo, it all made sense. For the first time, I understood how I—as an American Jew—fit into this ancient Muslim-majority city of twelve million souls. In the midst of conflict—the region shaken by the violence of the Second Intifada, and tensions rising back home with the recent contested election of George W. Bush—this thousand-year-old synagogue stood as a testament to the possibility of coexistence. I hadn’t yet heard the legends of the mythical Ezra Scroll or the tales of the British adventurers who a century earlier had found hidden artifacts in the synagogue’s famed geniza, but I could feel the magic of the place and the weight of the stories contained within. When I set out to write the book, I imagined it would stick closely to the experience of the Jews of Cairo, which meant that it would be narrated primarily by Jewish characters. But, as I dug into the book, I realized that it’s actually a story about crossing boundaries. It’s a book about the day to day experience of coexistence. The different narrative voices, then, reflect this theme of multiculturalism and hybridity.

SR: What do you hope to convey about coexistence through your telling of the story of the Ibn Ezra Synagogue?

MDL: In thinking about the question of coexistence, I keep coming back to a quote attributed to the great Jewish philosopher and physician, Moses Maimonides, who lived in Cairo for most of his life: "In times gone by, when storms threatened us, we wandered from place to place; but by the mercy of God we have now been enabled to find a resting place in this city." Today, the idea of Cairo being a safe haven for Jews is almost ridiculous, but to Maimonides, one the most learned people of the medieval period, it's a commonplace. That to me, is the point of the story: that times change, that the inter-communal relationships we might think of as natural (close Jewish/Christian relations, strife between Jews and Muslims) is anything but.

SR: Your writing has taken you to many different parts of the world. How have your extensive travels further influenced your fiction?

MDL: Yes, definitely. As I mentioned above, the idea for The Last Watchman of Old Cairo came directly from my experience of living in Cairo. Also, the idea for my first book came to me while living abroad (in Tunis). And, over the course of writing the books I went back to the places where they are set (Cairo and Istanbul) many times.

I visited the places where my novel takes place and took notes on the names of streets. But more than that, I began to pay attention to little things: the sound of the traffic, the shadows that plane trees cast in the late afternoon, the smell of the water, the feel of an air-conditioning unit dripping on my forehead, all the tiny details things that make a place come alive in a novel.

SR: How did the book change over the course of writing it?

MDL: When I started writing the book, I wanted it to be a big doorstopper spanning a thousand years of Jewish history in Cairo, with a plot line for each century. But, soon after I started writing that book, I realized it was going to be too convoluted and vast for me to write. So I whittled it down a bit (to seven plot lines, I think). Then I whittled it down a bit more. By the time I got to the fourth draft, I had gotten the book down to three plot lines: one in the eleventh century, one in the nineteenth century, and one at the cusp of the twenty-first century. The next four or five drafts were about refining, getting the characters right, and making the structure work, which took a lot of energy, but paled in comparison to the tectonic shifts of the first few drafts.

SR: How did you decide which plot lines to include and which to leave out?

MDL: It was a combination of things: which stories seemed to fit together best, which ones felt indispensable, and which characters I wanted to spend time with.

SR: In an article you wrote for The New York Times, you said that you began your story on the thousand-year-old synagogue in Cairo in 2010. You go on to say that as the political situation in Egypt shifted over the following three years, “that the book would have to adapt.” I really appreciate how you were able to develop the original concept in consideration of the Egyptian Revolution & Crisis of 2011, in which thousands of Egyptian citizens took the streets in protests against the long-time Egyptian President, resulting in his deposition. How did you adapt real world events to your story?

MDL: Since writing that article, the political situation in Egypt has come back around to one that is (on the surface) very much similar to what it was like when I was studying in Cairo: relatively stable authoritarianism. But of course, having gone through such a momentous change, the country is forever inexorably changed. After thinking about the question for a long time, I came to the conclusion that the novel needed to change, though that change didn't need to be something obvious like a new plot line or a flash forward to the Arab Spring. And so, while the book was deeply changed by the revolution, one wouldn't necessarily know.  It's similar in some ways, I think, to how novels set in the United States changed after September 11th.

MDL: It's hard to fully put into words, the way that the novel shifted in the wake of the Arab Spring. But one offshoot of the shift is that the contemporary plot line, Yusuf/Joseph's story shifted away from my own experience and took on a life of its own.

SR:  What would you say, is the main take-away of this book?

MDL: If I could force readers to take one thing away from the book it is this: We need more bridges and fewer walls, more windows and fewer mirrors. And in this particular moment, I think, we need stories about people living together, not necessarily in harmony, but with respect and the hope of mutual understanding.

SR:  I agree. The walls we build between each other are not as strong as the bonds we build to stay together. What do you think is the benefit to writing stories about  breaking down social barriers?

MDL: These stories, and really all stories, help remind us that our similarities are more important than our differences. I might be biased, but I think that fiction is the best medium for creating understanding across difference. Because what is fiction, at its heart, if not a empathy machine, a vehicle for getting us outside ourselves?

MDL: For most of the past twenty years, I've written at a desk in my bedroom. Where ever I was sleeping there was a desk nearby with my computer on it, which is great in terms of having a very short commute, but not so great in terms of creating separation between work and the rest of life. Recently though, my family and I moved to a new house with a very small bedroom. So, we built a little shed in the back where I can write. It's a dream come true, but also a little scary, having so much space to spread out.