"On Being (Lost)" by Jill Talbot 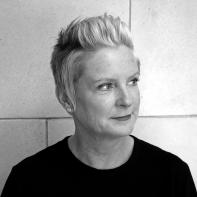 Jill Talbot is the author of The Way We Weren’t: A Memoir and Loaded: Women and Addiction, the co-editor of The Art of Friction: Where (Non)Fictions Come Together, and the editor of Metawritings: Toward a Theory of Nonfiction. Her writing has appeared in journals such as AGNI, Brevity, Colorado Review, DIAGRAM, Ecotone, Fourth Genre, The Normal School, The Paris Review Daily, The Rumpus, and Slice Magazine. She teaches in the creative writing program at University of North Texas.

I like to think about all the places I shouldn’t have been, nights I raced toward the edges of town trying to outrun myself, mornings I asked a stranger for directions back home.

For years I wanted only one thing: to be lost.

At the end of every October in my late twenties, my best friend, Tracy, and I went to Terlingua, Texas. We’d go for the annual chili cook-off, a crowd of around 10,000 that descended on a ranch in the elbow of Texas, twenty miles from the Mexico border. We’d leave Lubbock, push her blue truck south until we slowed through a bleached-out desert lined with rows and rows of RVs and trucks and tents, the nights a blur of bonfires and beer cans, always a flannel shirt around our waists. I remember spinning in the haze of day-long drinking, folded into a knowing that I was somewhere no one would think to look, my only connection a pay phone at the General Store eleven miles west and Tracy’s dark brown ponytail as a compass. One night, I ended up in the back of a pick-up with a man. My memory only gives up dark hair and bummed cigarettes, the two of us half-worrying the truck’s owner would find us and fire. When the sun crested the Chisos Mountains, we didn’t say much beyond our own directions.

I’m working not to leave out of habit, this fourth year back in Texas an unexpected turn. Four years, the longest I’ve lived anywhere since leaving home at eighteen, a home not fifty miles from here. Four years, driving the same streets, stepping into the same grocery stores, filling up my tank while staring at the speeding cars on the highway and longing to take off. How far would I have to go before I was back to the kinds of mistakes I miss making?

I got lost in a mall when I was four. A stream of tall strangers, not one of them my father. I remembered what he had told me: If you ever get lost, just stay where you are. In one spot. That way it will be easier to find you. I don’t know how long I stood next to a large column until he rushed up to me. The relief in his face, the relief in my chest.

Visiting Mexico through the park's Boquillas Crossing Port of Entry is an option for visitors possessing a valid passport. The Port of Entry is open Friday through Monday, 9:00 am-6:00 pm (summer), and Wednesday through Sunday, 8:00 am-5:00 pm (winter - effective November 1st). Park at the Boquillas Crossing parking lot near Boquillas Canyon. After passing through the port of entry visitors are ferried across the Rio Grande on a small rowboat for a modest fee ($5 round-trip). Walking across the river is permitted only at the Boquillas Crossing, but is not recommended if the river level is high. Once across the river visitors have the option of walking to the village (1/2 mile) or paying an additional fee to ride on a burro, horse, or in a vehicle. Local guides are available.

In Lubbock, I had a friend who’d call from a bar on 19th just as the sunset turned every body in that place to silhouette. I liked imagining him in the back, a shadow along the wall, the black receiver in his hand. I can still hear the sizzle as he took a drag from a Winston Red. Sometimes he’d call to ask me to join him for trivia (my game name: roadwest), but most of the time it was to wonder what I was doing. I’d answer. He’d hang up. Call again when he got home. He’s still the only person who can match me pint for pint. We liked to close that bar down, be the last ones to loud-talk out the door. Once, we stole a black and white photograph of Lubbock in the thirties from a wall near the pay phone. When we got back to my apartment, drunk and giggly, we signed the back of the frame, and the next night, he stood guard while I put the photograph back in its place. We loved each other. Never did anything about it except take off our clothes in each other’s cars and bedrooms and once, at a playground in the middle of a park. I haven’t spoken to him in years.

During those years in and around Lubbock, I always had a mix tape with at least one Counting Crows song on it.

I’m working not to leave out of weariness—at making the left on Hickory, at putting twelve quarters into the machine to park, at climbing the stairs to the second floor and unlocking my office door, at turning on the lamp in the corner and the one on a bookshelf, at looking out the window, the way I did when I listened to the quiet voice of my mother’s hospice nurse tell me my mother had asked her to call. So maybe I should say this instead: I’m working not to leave out of grief.

I took that boat ride to Boquillas, more than once, though it was only two bucks back then. One year Tracy and I rode in the back of a black truck, gripping the side to hold on as the driver sped over bumpy sand trails, sideswiping dense brush and those reaching ocotillos, his rush to get back to the river to make more money. I remember red fringe hanging from the top of the windshield. The next year we took our chances and traversed the desert on foot, shaken when we’d lose sight of the city’s adobe buildings in the distance. A ridiculous risk, one of many. Years later I would read about “rape trees,” where men hang their victims’ undergarments from the branches as trophies, the shadows of all that goes unseen swaying in the lonely air. Passports weren’t required back then, just a willingness to make the trek to a town to eat tacos at a bar that had no windows, an uneven pool table, and a bathroom that was a hole in the concrete out back. Once I followed a young boy out an open doorway of that bar to pay him twenty bucks for bag of ganja, thinking no one knows we are here. The problem for me was that I savored being somewhere without telling anyone where I’d gone. I remember how I’d stand on a boulder overlooking the Rio Grande, considering my life from a different country, daring myself not to cross back.

Back in all those bars and borrowed cities, men liked to tell me and Tracy how small we were, especially when they held our hands during a dance or off in some dark corner. Even when I took her hand to cross a rapid river or climb a steep trail, I’d say something, so tiny, and she’d remind me that our hands were the same size. Once at a trailhead in Colorado, she showed me how to make myself appear larger in case we crossed a mountain lion, to raise my arms, to wave them. That’s how I think of us back then: making ourselves appear larger.

If there’s a storage space in some town where I kept everything from those years, it would have quarters for the payphone and a soft pack of Marlboro Lights and a pair of flip flops and peeled-off Bud Light labels and the first Counting Crows CD and a plaid flannel shirt and a mix tape and the silver Zippo lighter I might have stolen from the man who called me from the bar and glossy 4 X 6 photographs and bonfires and sleeping bags and bumper stickers and miles and miles of I-20 W and dusty tires and so many gas station receipts.

I’m thinking of the difference between being lost and being in a place where no one knows where I am. If there is any difference.

When my father died suddenly in a town one hour from where I live now, I kept missing the Highway 5 exit I was supposed to take to get to the Emergency Room. My mother stayed on the phone with me, and when I got to the parking lot and the sliding door entrance and the stout chaplain who led me down a shiny-floored hallway and finally to my father’s body, I knew I would always, in a way, be lost.

A few years ago I lived along the Canadian border. Never crossed it, though it felt like it on snowy nights I’d settle into a corner booth of the only hotel’s wooded lounge. Hockey on a small screen in the corner, men lined up in fleece and flannel leaning toward the rink like players waiting to be called. One night after wine, wine, wine, one of those men stumbled into my shoulder, his heavy beard gray bristles, the gruff of his whisper not an ask, but a demand. Upstairs. I tipped the dark-haired bartender and headed toward the door, high-stepping through the banks along the sidewalk until I stomped the snow off my boots and surrendered to the dark of my empty house.

Tracy and I send each other e-mails on our birthdays. That’s about it.

I don’t have a smart phone, so I print out directions from Google maps before I head out for appointments or restaurants, often find myself uncertain if the road I’m taking is the right one. I pull into gas stations to ask if I’m going in the right direction. I am terrified of going the wrong way.

Another year in Terlingua, mid-afternoon. Tracy stood in line at the port-a-potties, while I wandered off in a brazenness that always showed up after enough booze. Passing an open RV, I saw a beer-bellied man call out that he had plenty of gin and tonics, lots of limes. The wood-panel walls inside were plastered with Polaroids of this burly, mustachioed man with other strangers from decades of chili cook-offs. I wondered if he kept them up all year or if he decorated just for this weekend. The charming, silver-haired Ed cut up limes and poured while I sat on the scratchy passenger seat. I don’t remember how many I had, but I remember how quickly he pushed his tongue in my mouth, his rough, whiskery words in my ear. I already knew how a man’s charm can shift to charge within seconds, and I realized: No one knew where I was. I bolted for the door, running into the glare of a gin-blurred sun. Ed’s laughter trailing behind.

I’m working not to leave out of missing. Missing myself, some lost version, a woman who once raced the distance, daring it all the way.

One night when Tracy and I were driving back to Lubbock, we saw the Hale-Bopp comet in the sky. We pulled to the shoulder of Highway 62, ten miles outside of Brownfield, only cotton fields for as far as we could see. I remember how we stayed in that spot for a long time, taking in the lights of a passing mystery, knowing we’d never see it again.