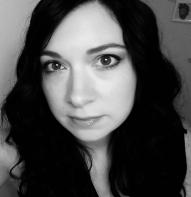 Alison Stine’s debut adult novel The Grower will be published by Mira in fall 2020. She is the author of three books of poems, including Wait, winner of the Brittingham Prize, and Ohio Violence, winner of the Vassar Miller, as well as two books of YA fiction. Her essays have appeared in The Kenyon Review, The Atlantic, The Nation, and many others. She lives with her son in the foothills of Appalachia.

Snow’s falling gently on the horses.
There was a man I would have died for.

Did you know your mother once slept
out on a roof? Do you know that man’s

name? I don’t, nor his face, a kind of twilight
framed by curls. There was a man

I would have died for. I guess he grew me
from seed. I guess I lived for a while

for a low voice. I guess your father—what
was it about your father? He could see

you in my eyes, filmed over and over?
He knew when to … He knew. There was

a man. There was just a man …
here. Those old horses know;

I told them, leaning against their hard, cold
necks. Their ears get tall when they are

listening, like TV antennas —
but those never did. Those horses

never get taken out of the field, never
move, or raise their necks from the grass

or dust or mounting snow …
Because they’re statues, in a real

field, on a real farm. The black cows
graze around them. I don’t know why.

But I know I should have known this
before now. There is only one man

I would die for: you.

Not the asters. Not the Anne’s Lace.
Not the riverbush. Not the blanket

firewheel. Not the forsythia, first sign
of summer here in the foothills. Or bluebells.

Or bittercress, though it was bitter.
Or bur marigold, though we thought

back with me, home with me: a scent
wrapped in newsprint. A cutting

in my arms. I was given so little.
Nothing to press, nothing to carry.

No record except skin. No keepsake
except my body, which will keep.

The truth is: I remember everything
that happened, everything that did not

Every breath, every freckle, every
word. I don’t think I said the right

he knows. I don’t think he knows still.
I think I told him he was snow once,

or pollen—a floating light, ephemeral.
In my hand, and then gone. In my hand,

In a dark bird paradise, I fed them scraps.
A pie baked on a concrete slab.
Another year in stasis. My black hair faded

to red. A baby carriage full of paints.
After a few weeks the birds began to wait
along the padlocked garage.

Would the crows bring me medicine?
Or the keys to the house as I lay,
bleeding in the grass? So many things

lost to me in marriage: music (playing or
listening to), friends, my last name.
It’s hard to line up the signs, but there

they were anyway. When my son
was born, his father baked, staying away,
trying out the recipes he’d always

wanted: bagels while I waited
in the bed, alone as a ghost. I bled.
Not quite ready for living, the doctor

said. Once I started walking, a red blur,
the world below was the steps and a slice
of the living room. Was it haunted

with the future? A blackbird, my ear in his
beak? I hemorrhaged the darkest meat.
I think that was love for you, dying to be born.