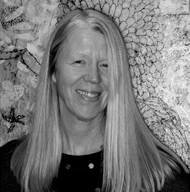 Eva Isaksen was born and raised in Bodø, Norway. She received a BFA in painting from University of South Dakota in 1983, and an MFA in painting from Montana State University in 1986. Since then she has lived and worked full time as an artist in Seattle, WA. Her work is represented by Foster White Gallery in Seattle, where her fifth solo exhibition is scheduled for October 2009. Her work is also represented by Duane Reed Gallery in St. Louis, MO. Isaksen has had numerous exhibitions both nationally and internationally. Her work has also been chosen for labels on Ste. Michelle Winerys artist series wine, a 2006 meritage wine to be released in Fall 2009.