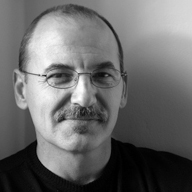 Donald Morrill is the author of four books of nonfiction, Impetuous Sleeper, The Untouched Minutes (winner of the River Teeth Nonfiction Prize), Sounding for Cool and A Stranger's Neighborhood, as well as two volumes of poetry, At the Bottom of the Sky and With Your Back to Half the Day. He has taught at Jilin University, Peoples' Republic of China, and has been a Fulbright Lecturer at the University of Lodz, Poland, as well as the Bedell Visiting Writer in the Nonfiction Writing Program at the University of Iowa. Currently, he is an editor of Tampa Review and Interim Dean of the College of Arts and Letters at the University of Tampa.

One day, a Shetland pony appeared in our back lot, by the fence where the woods once stood. My father, no animal man, tethered it there. I'd heard that other children craved such a creature to the point of tears, and a beating.

It was beautiful, with its blond bangs and thick back.

I watched it for awhile, after coming home from school, where I'd used to hide in the trees when we played Ghost.

In three days, a man in a pick-up hauled it off.

Thirty years later, I tell this story at the shelter, to a girl who's run away, like that pony. I tell it to get close to her as she rolls damp clay from “art hour” over the poem she's penciled out but will not read.

She doesn't care how many “participation points” the staffer on duty might take away. Her poem, imprinted on the clay, rolls over itself, jumbling.

“You ain't lyin', are you?” she asks, looking at me at last, her voice pathetic without its kicking.

I want her to hear her poem.

I see the panicked whites of the pony's eyes as the man approached it with sugar and a bridle, the man with a whip in his cab.

Aphorisms seem meant to prepare us. But what are we being prepared for, if not the past (which the present may resemble if the aphorist is wise, or his admirers believe well enough)?

Aphorisms are thus secret farces of influence—for how can anything prepare us for the future we cannot know (unless we insist on resemblances and mistake them for knowing)?

The older the aphorism—and the more handled (the more revered)—the more pedagogical it becomes, and the more its rueful, unspoken warning becomes We fail so much alike.

We adore them most when they instruct us on shortcomings to which we have not yet been introduced. We are invited to witness how eloquence might console a grave error.

But, alas, aphorisms have almost no poetry to protect them-which is the greater part of their bravado. When we no longer feel the aphorism can make us into its callow charge, it is murdered by its own humiliated cunning. At the very least (which is to say, most often) the puissant aphorism will tuck in the shirt—tail of one's style—only to show that neither tailoring nor nakedness makes the person.

Though quotable, an aphorism is better whispered to oneself—and even more effective when it becomes merely a tone that unsettles one's incitement. (The second instance is probably a cumulative effect—hammer blows on a lock that secures, perhaps, nothing.)

The great aphorisms are absorbed finally—and made companionable—on the tenth encounter. Prior to that, we merely nod yes. Perhaps aphorisms engage experience we can only recognize by repetition. Their subject might then be what we forget because it is most crucial.

One tries until one is tried and has no defense: We are gathered by our truths, which convene, at last, to smite us.